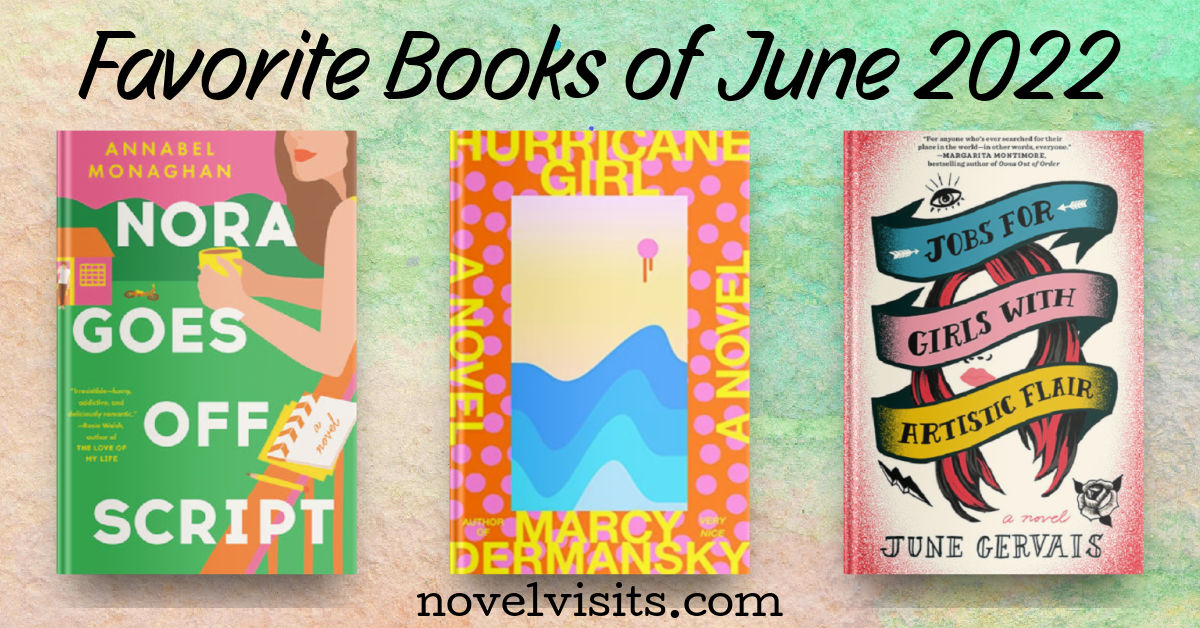 June has been a fantastic reading month for me. I could easily highlight many more books than the three I’ve selected. These each are here because they’re a little different and a lot of fun. I don’t want to leave the others completely out, so am including the titles and links to my Instagram reviews at the bottom of this post to fully cover my favorite books of June. 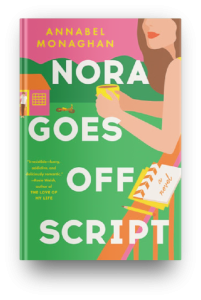 My Thoughts: No one, and I mean no one was more surprised than me with just how much I liked 𝐍𝐎𝐑𝐀 𝐆𝐎𝐄𝐒 𝐎𝐅F 𝐒𝐂𝐑𝐈𝐏𝐓 by Annabel Monaghan. Don’t get me wrong, I thought I’d enjoy this light romance, but it was so much more and so well done, that I simply could not put it down. Nora is a romance channel screenwriter, who stumbled into a big screen success with the story of her own sad marriage and divorce. Key to the storyline is a unique teahouse on Nora’s property, so Hollywood arrives in her small town for a few days of shooting.⁣
⁣
That’s where the story begins, but it takes off from there, in ways both expected and unexpected. Nora, herself, was what I liked most about this book. She was a strong, capable woman who was not willing to put anything or anyone above her kids and even herself. She had bumps in the road, and heartache, but she never wallowed in it and I loved that. I was always rooting for Nora and so enjoyed watching her world expand in wonderful ways, thanks to no one more than herself. Nora was a romantic lead who led with not only her heart, but her head. So fun and definitely a perfect summer read! 𝘕𝘰𝘳𝘢 𝘎𝘰𝘦𝘴 𝘖𝘧𝘧 𝘚𝘤𝘳𝘪𝘱𝘵 is one of those books you can pick up, put down, and easily dive right back into later. Grade: A-

Thanks to Putnam Books for an ARC of this book in exchange for my honest thoughts. 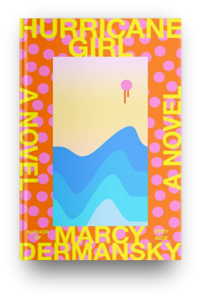 My Thoughts: I liked 𝐇𝐔𝐑𝐑𝐈𝐂𝐀𝐍𝐄 𝐆𝐈𝐑𝐋 by Marcy Demansky 𝘚𝘖 𝘔𝘜𝘊𝘏, but dang, it’s a hard book to talk about! I’ll start with the reason for the title. Allison, 32 and a budding screenwriter, buys a North Carolina beach house she’s never seen in person. She’s fleeing Hollywood after a bad relationship and finds she adores her little beach house. After being there less than two weeks a hurricane hits, completely destroying Allison’s home. Thus, “Hurricane Girl”. ⁣⁣⁣
⁣⁣⁣
Don’t worry, I’ve given nothing away. That all happens in the first handful of pages. The rest of the story is about the many personal hurricanes swirling in Allison’s life. There’s a rather shocking twist early in the book that makes Allison’s journey toward finding herself anew even more complex. That’s it. I can give you no more about the story. (I advise going in as blind as possible.) However, I can tell you that the writing is exactly what I’ve come to expect from Dermansky. Excellent! This story is creative, unique, horrifying, weird, funny, and pretty much unputdownable. At a slim 240 pages, I finished it in a single day. I’m not sure 𝘏𝘶𝘳𝘳𝘪𝘤𝘢𝘯𝘦 𝘎𝘪𝘳𝘭 will be right for everyone, but if you like quirk, if you like bizarre you 𝘯𝘦𝘦𝘥 to read it. Marcy Dermansky is now firmly cemented on my list of auto-buy authors. Grade: B+
⁣⁣⁣
Thanks to Knopf Publishing for a beautiful gifted copy of this book in exchange for my honest thoughts. 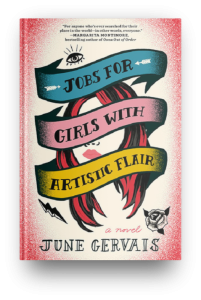 My Thoughts: You’ve got to love both the title and the cover of June Gervais’s debut, 𝐉𝐎𝐁𝐒 𝐅𝐎𝐑 𝐆𝐈𝐑𝐋𝐒 𝗪𝐈𝐓𝐇 𝐀𝐑𝐓𝐈𝐒𝐓𝐈𝐂 𝐅𝐋𝐀𝐈𝐑. But, don’t stop there because this is also a great coming-of-age story. It’s 1985 and Gina has just turned 18. Having practically grown up in her older brother Dominic’s tattoo shop, Gina wants nothing more than to become a tattooer herself. She faces many road blocks including attitudes of the time toward tattoo artists in general, and toward female tattoo artists in particular. Her mother is unstable and her brother, usually in her corner, is against it, too. Gina is lonely and confused about things she’s feeling, but she’s nothing if not determined, and tattooing is a dream she’s not giving up on.⁣
⁣
I loved the world of tattooing that this book was set in and the characters who populated Dominic’s small, struggling shop. They added color and heart to the story. The evolution of Gina, as she figured out her own dreams and then fought for them, played a powerful role in the book and was what I most liked. By the end, she was still herself, but had learned to see the world around her with her eyes wide open and isn’t that a big part of what growing up is all about? I seem to have read a lot of coming-of-age stories recently and I think 𝘑𝘰𝘣𝘴 𝘧𝘰𝘳 𝘎𝘪𝘳𝘭𝘴 𝘞𝘪𝘵𝘩 𝘈𝘳𝘵𝘪𝘴𝘵𝘪𝘤 𝘍𝘭𝘢𝘪𝘳 is definitely one to add to your TBR list! Grade: B+

Thanks to Pamela Dorman Books and Viking for a beautiful gifted copy of this book in exchange for my honest thoughts.

Other Favorite Books I Shared this Month

Which have been your favorite books of June? 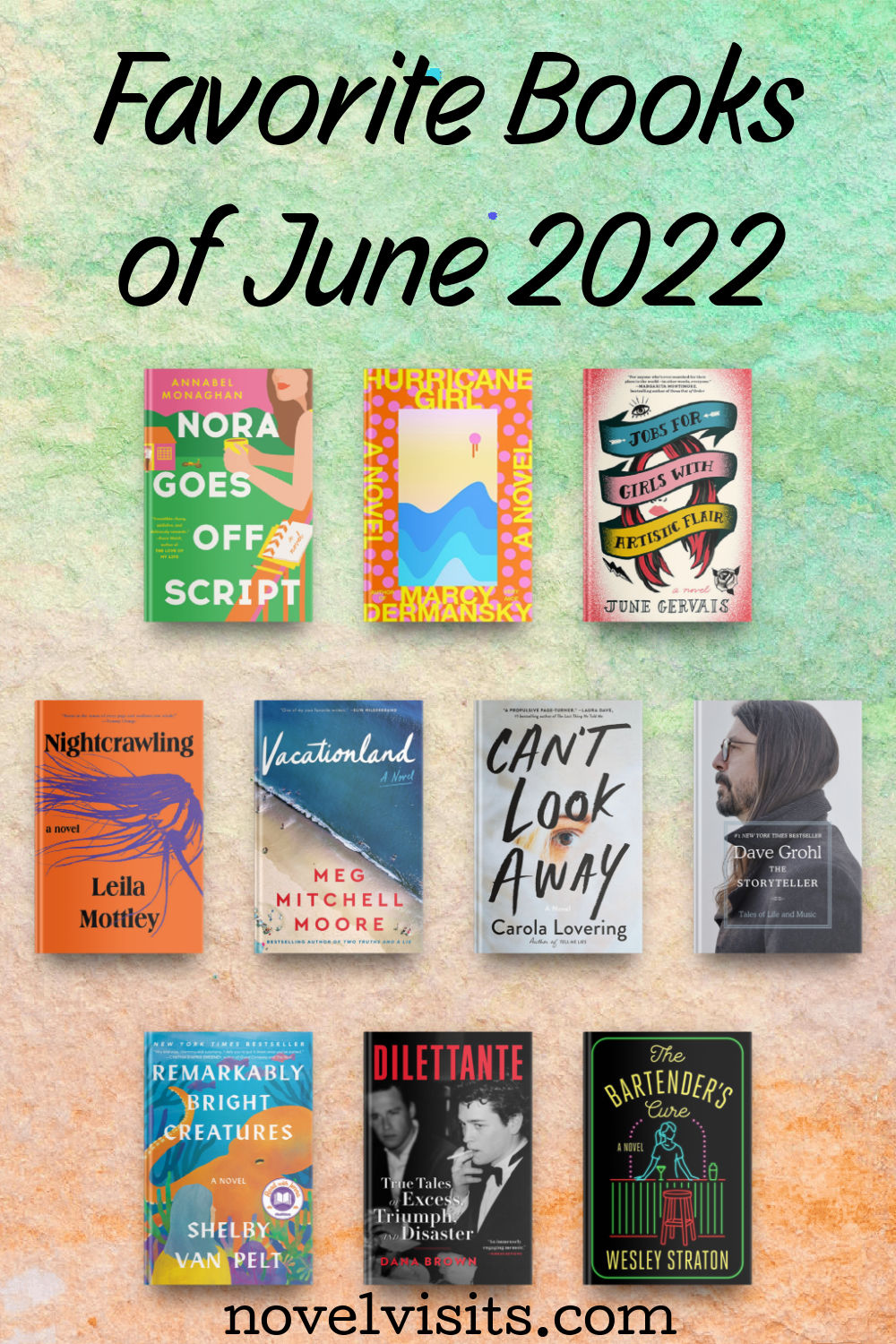