Today over on That Artsy Reader Girl people will be linking up to a Top Ten Tuesday on books that lived up to the hype. I thought about jumping in on that one, but it felt like I was just doing another “best books of” list. Plus, I just couldn’t get a book that DIDN’T deserve the hype out of my mind: The Last Time I Lied by Riley Sager. I must be missing something here because to me Sager’s second book was a complete disaster. I don’t get it! Let’s talk 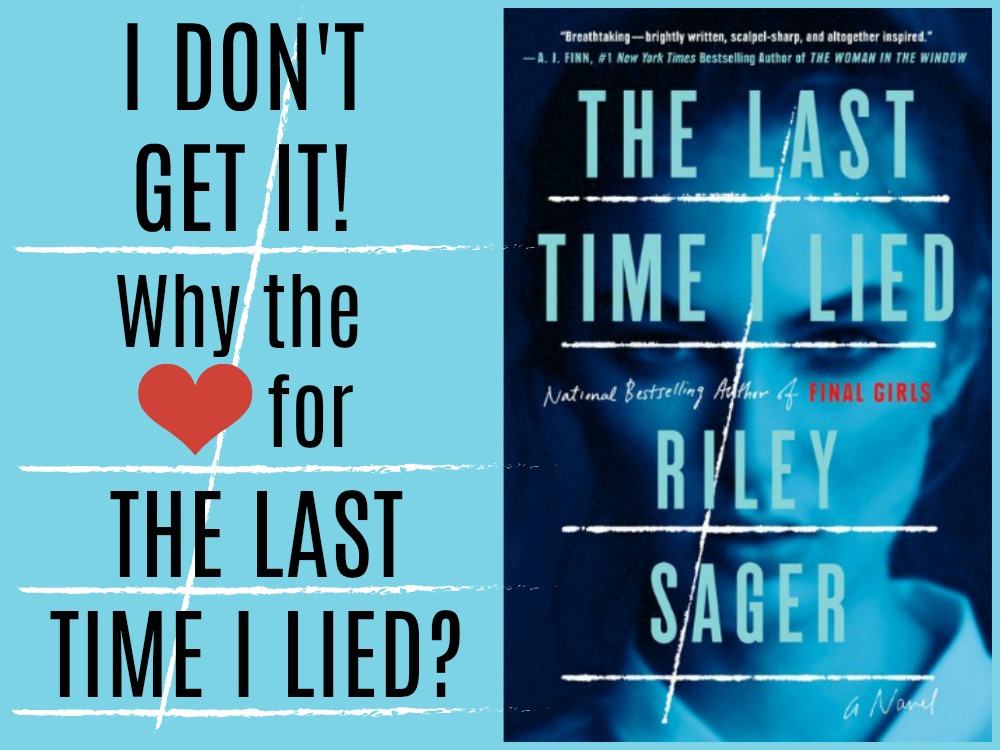 Warning: There are spoilers in this discussion!

Even with a book I didn’t like there are still good points. Let’s start with some things I liked about The Last Time I Lied.

What were your favorite parts of The Last Time I Lied?

Now on to what didn’t work for me, and there are A LOT. The sheer volume of illogical choices/actions is what ruined the Last Time I Lied for me. These are the parts I need help with. I’d love it if fans of this book can explain how/why you’re able suspend disbelief over and over again. The need to do so can sometimes be a hallmark of great psychological thrillers, but to me this was just too extreme. The Last Time I Lied felt much more like a bad young adult novel than it did a psychological thriller and below are some of the reasons why.

Were there parts of this book that didn’t work for you?
What am I missing here?
Why the love for The Last Time I Lied?