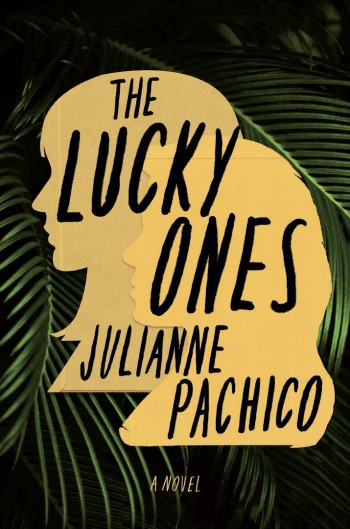 Single Sentence Summary: An examination of Columbia from 1993-2013, years the country was plagued by kidnappings, paramilitary activities, guerrilla warfare, and drug trafficking.

Primary Characters: The Lucky Ones is filled with many characters, but none more prominent than any other. Instead, Columbia, during a time of civil war, is its star.

Publisher’s Synopsis (in part): A prismatic tale of a group of characters who emerge and recede throughout the novel and touch one another’s lives in ways even they cannot comprehend, The Lucky Ones captures the intensity of life in Colombia as paramilitaries, guerrillas, and drug traffickers tear the country apart. Combining vivid descriptions of life under siege with a hallucinatory feel that befits its violent world.

Review: Julianne Pachico took on a huge topic for her debut novel, The Lucky Ones. Having grown up in Cali, Columbia, one might imagine that Pachico may have experienced first hand some of the events in this story. She had to have been acutely aware of many others. The novel was beautifully crafted, with no doubt as to the authenticity of the stories she told.

Through a series of chapters that fit together like puzzle pieces, Pachico created a vivid picture of Columbia and its people in its darkest years, 1993-2013. The Lucky Ones read like a series of short stories – related, but not fully connected. Many of the chapters featured students and staff from an American School in Cali. These were the stories that I most enjoyed. The first chapter, Lucky, set a serious tone for the entire novel. In it, teenage Stephanie is left alone with her housekeeper for the weekend. Her mother’s parting words to her are positively haunting.

“If the phone rings,” she says, “or the doorbell sounds – let Angelina deal with it. And make sure she tells any men who ask that we’re not in the country anymore. Could you do that for me?”

Scary! (Even more so when Angelina is nowhere to be found the next morning.) In Lemon Pie, Pachico uses Mr. B., one of the school’s teachers to examine the futility of life in captivity. Kidnapped five years earlier and promised release over and over, Mr. B. has been reduced to teaching classes at the guerrilla camp where he’s held. His students? Leaves. Twigs. Rocks. Ferns. His subject? English literature. His sanity? Questionable.

Overall, I thought Pachico’s storytelling was original and her writing earnest with a touch of humor. She used many voices to craft her novel and most were perfect. There were a few chapters that were less successful and could have easily been skipped. (Think rabbits high on coca leaves.) No one chapter was dependent on any other. Taken together they were a rich portrait of unimaginable horrors and national endurance experienced by Columbia and its people for the last quarter century. If you like short stories or you’re interested in recent political history you should add The Lucky Ones to your list of books to read! Grade: B