With the start of school I knew my reading time would not be quite what it was in the summer, but I still manage to read eight (or maybe nine) books this month. Writing posts, however, has been difficult. Truly, school is all consuming right now, so as much as I’d like to spotlight some of these in their very own book reviews, I just can’t find the time or energy right now. I also know that your time is probably limited, too, so maybe these shorter reviews will work for all of us! 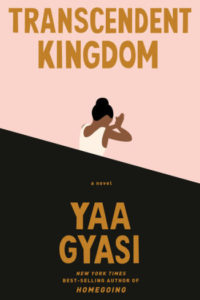 My Thoughts: Despite seeing so many amazing reviews of Yaa Gyasi’s debut, 𝘏𝘰𝘮𝘦𝘨𝘰𝘪𝘯𝘨, I’d never read it, so was eager to get a jump on her much-anticipated new novel, 𝘛𝘳𝘢𝘯𝘴𝘤𝘦𝘯𝘥𝘦𝘯𝘵 𝘒𝘪𝘯𝘨𝘥𝘰𝘮. This is the story of Gifty, a 6th year PhD. student at Stanford studying the inner workings of addiction and the brain. She’s drawn to this topic because her older brother lost his life to a heroin over-dose when Gifty was only 11. At the same time she’s trying to wrap up her schooling, Gifty is also facing her mother’s deep depression and the tragic history they share. The story alternates her present reality with growing up as the child of Ghanaian immigrants, too often touched by tragedy, and deeply mired in the local church. ⁣
⁣
I enjoyed many parts of 𝘛𝘳𝘢𝘯𝘴𝘤𝘦𝘯𝘥𝘦𝘯𝘵 𝘒𝘪𝘯𝘨𝘥𝘰𝘮 including:⁣
• Yaa Gyasi’s truly luminous writing.⁣
• An immigrant family trying to make a life in Alabama.⁣
• A mother turning to the church for comfort and support in a new land.⁣
• A father’s unhappiness, facing racism for the first time.⁣
• Addiction’s long-lasting toll on a family.⁣
• A daughter’s quest to understand life through the lens of science.⁣
• A fragile mother/daughter relationship.⁣
⁣
At the same time, the story sometimes felt slow to me. I got bogged down in the juxtaposition of religion and neuroscience, and in Gifty’s own fluctuating feelings about each. For me, the timelines also jumped around a bit too much and in no real pattern, leaving me sometimes feeling a little lost. Despite those small drawbacks, I’m very glad to have experiences Gyasi’s wonderful writing and am now in the midst of reading 𝘏𝘰𝘮𝘦𝘨𝘰𝘪𝘯𝘨. Grade: B 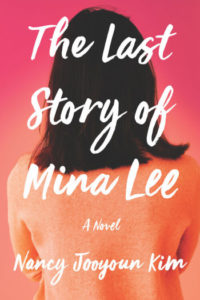 My Thoughts: 𝘛𝘩𝘦 𝘓𝘢𝘴𝘵 𝘚𝘵𝘰𝘳𝘺 𝘰𝘧 𝘔𝘪𝘯𝘢 𝘓𝘦𝘦 by Nancy Jooyoun Kim Tells the story of two women, Mina Lee and her daughter, Margot. As the book opens, Margot has come to visit her mother, and instead finds her body. From there the story moves back and forth between Mina and Margot. From Mina we learn the tragic events that brought her from Korea to Los Angeles more than 30 years earlier, how she built  a fragile life there, and eventually had Margot. Margot’s chapters are full of both regret and longing. She regrets the embarrassment she always felt about her immigrant mother and the distance she caused between them. Margot also longs to find out what really happened to her mother, in her life and her death.⁣
⁣
I especially loved the chapters focused on Mina, finding her struggles so sad and her her determination admirable. As Mina’s story began to wind down, more and more focus fell to Margot. For me, that slowed the overall story down just a bit, making it feel like it took a little long to get to the end. However, the journey still had a lot going for it and the author’s writing about food was amazing. I found my mouth watering for Korean food!⁣ Grade: B

Note: I received a copy of this book from Park Row Books (via Edelweiss) in exchange for my honest thoughts. 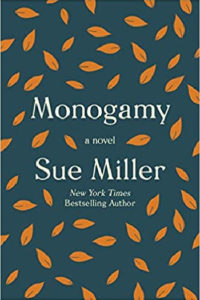 My Thoughts: 𝘔𝘰𝘯𝘰𝘨𝘢𝘮𝘺 by Sue Miller beautifully tells the story of a marriage not unlike most marriages, both utterly simple and unusually complex. When Graham and Annie met, they both had a marriage behind them – simple. Graham also brought to the table a young son and an ex-wife, Frieda, he remained close to – complex. Annie became close friends with Frieda – also complex. She had a growing photography career and Graham owned a Boston bookstore – simple. Annie’s career took a backseat to Graham’s, especially after the birth of their daughter – complex. Yet, Annie adored Graham and the life they led together, so when she found him dead one morning, her soul was crushed, her grief raw, and her struggle to keep moving through it heartbreaking – simple and complex. And then, the day came where anger swept her grief away on the heels of a secret revealed – very complex. ⁣
⁣
I loved the parts of 𝘔𝘰𝘯𝘰𝘨𝘢𝘮𝘺 that stayed with Annie and her grieving process. Those were powerful and emotional, pulling at my own heartstrings. The story slowed down a bit for me when the focus moved to the grief of others in Graham’s life: his children, his friends, his ex. Annie’s story on its own was so compelling and so well resolved that I’d have liked to have had a little more of it. I think most anyone who’s been married for more than a few years will find parts of their own marriage in that of Annie’s and Graham’s, parts both simple and complex. Grade: B+

Note: I received an ARC of this book from Harper in exchange for my honest thoughts. 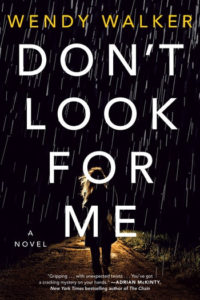 My Thoughts: Everything about Molly’s life had been wrong ever since the death of her 9-year old daughter five years earlier. Her husband was distant, blaming Molly, her older son remote, and her older daughter, Nicole, openly hostile toward her. Molly understood and forgave them all because she, too, blamed herself. So, when Molly vanished on the night of a hurricane, the idea that she might actually have done so on her own took hold. That is, until Nicole got a call from a woman claiming to have seen her mom get into a truck in the middle of that storm.⁣
⁣
𝘋𝘰𝘯’𝘵 𝘓𝘰𝘰𝘬 𝘍𝘰𝘳 𝘔𝘦 alternates between Molly, and what’s happening where she is, and Nicole’s desperate search to find her mother. The story bounces back and forth for 17 days as both women become increasingly desperate, each falling into greater and greater danger. In true thriller fashion, the ending was a little out-there, but it did take me completely by surprise and that doesn’t happen often. Bravo, Wendy Walker! 𝘋𝘰𝘯’𝘵 𝘓𝘰𝘰𝘬 𝘍𝘰𝘳 𝘔𝘦 was a quick, easy read that fans of thrillers are sure to enjoy. Grade: B 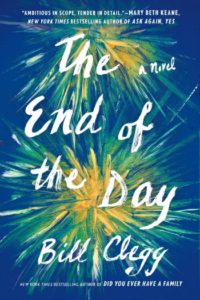 My Thoughts:  I so expected to love this book because Bill Clegg’s last book, 𝘋𝘪𝘥 𝘠𝘰𝘶 𝘌𝘷𝘦𝘳 𝘏𝘢𝘷𝘦 𝘢 𝘍𝘢𝘮𝘪𝘭𝘺, was absolutely stunning in every possible way. So, 𝘛𝘩𝘦 𝘌𝘯𝘥 𝘰𝘧 𝘵𝘩𝘦 𝘋𝘢𝘺 had big shoes to fill and it just didn’t do it for me. If I’m being really honest, there was nothing about it that truly worked. This book was completely character driven, with no real plot. I often love a good character driven novel, but in this I found it difficult to like or even care about most of the characters. A couple that were more innocent, I felt sympathy for, but the main characters of Dana, Jackie and Lupita were all awful in their own individual ways. Dana was controlling, Jackie manipulative, and Lupita sneaky. Clegg did women SO well in 𝘋𝘪𝘥 𝘠𝘰𝘶 𝘌𝘷𝘦𝘳 𝘏𝘢𝘷𝘦 𝘢 𝘍𝘢𝘮𝘪𝘭𝘺, but in this he failed them all. It pains me to give this grade, but I have to be honest! Grade: D

Note: I received an ARC of this book from Gallery/Scout Press in exchange for my honest thoughts.