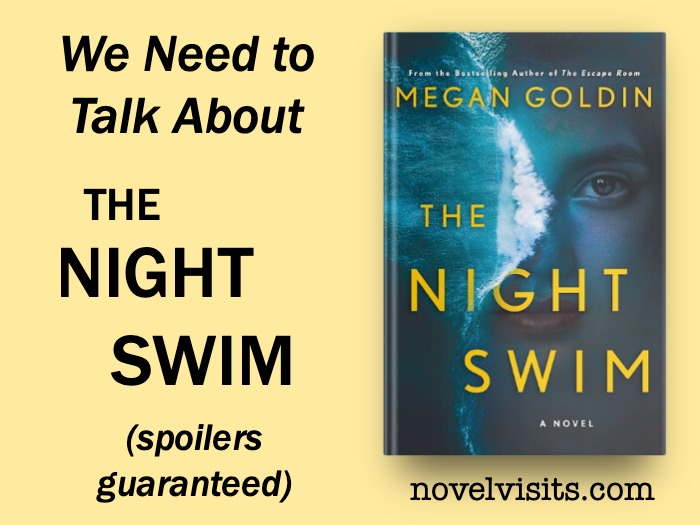 Last month, my sister, Lori, and I needed to make a six hour drive to pick up our mom. Lori enjoys listening to podcasts, but wanted to try an audiobook, so I checked around to see what books people were talking about. I saw The Night Swim everywhere. It seemed to be pretty universally praised, had a podcast in the storyline, and was a thriller, so not too heavy. Plus, it had dual timelines, which is something I almost always enjoy. Bingo! I’d found the book. 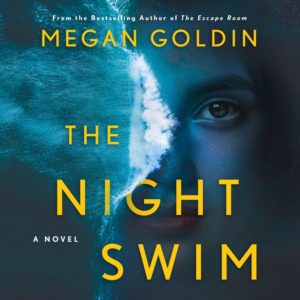 From the Publisher: Ever since her true-crime podcast became an overnight sensation and set an innocent man free, Rachel Krall has become a household name – and the last hope for people seeking justice. But she’s used to being recognized for her voice, not her face. Which makes it all the more unsettling when she finds a note on her car windshield, addressed to her, begging for help.

The new season of Rachel’s podcast has brought her to a small town being torn apart by a devastating rape trial. A local golden boy, a swimmer destined for Olympic greatness, has been accused of raping the beloved granddaughter of the police chief. Under pressure to make season three a success, Rachel throws herself into her investigation – but the mysterious letters keep coming. Someone is following her, and she won’t stop until Rachel finds out what happened to her sister 25 years ago.

Officially, Jenny Stills tragically drowned, but the letters insist she was murdered – and when Rachel starts asking questions, nobody in town wants to answer. The past and present start to collide as Rachel uncovers startling connections between the two cases – and a revelation that will change the course of the trial and the lives of everyone involved.

Electrifying and propulsive, The Night Swim asks: What is the price of a reputation? Can a small town ever right the wrongs of its past? And what really happened to Jenny?

The first half of The Nigh Swim worked pretty well for me. I trusted Goldin as she set up her story which centered on Rachel Krall, a popular true crime podcaster. Krall had come to a small North Carolina town to cover a widely publicized rape trial for her show. While there, she was mysteriously drawn into the alleged murder of another teenage girl, nearly 20 years earlier. Right from the start, I felt a little unease, but thought that would change as the story progressed. It did. The unease grew until by the end, I wanted to toss the book across the room, but was unwilling to sacrifice my phone! So in no particular order here are some of my problems with The Night Swim. Please, join in on the discussion in the comment section below. (And, don’t forget, there are lots of spoilers included below.)

The over abundance of unlikely events often bother me in thrillers and The Night Swim was no different in that. What buried it for me was Goldin’s treatment of the rapes. I felt like they were both too much, and sort of cheap shots at trying to add the wow-factor to an otherwise weak story.

Okay, all you fans of The Night Swim, have at me!