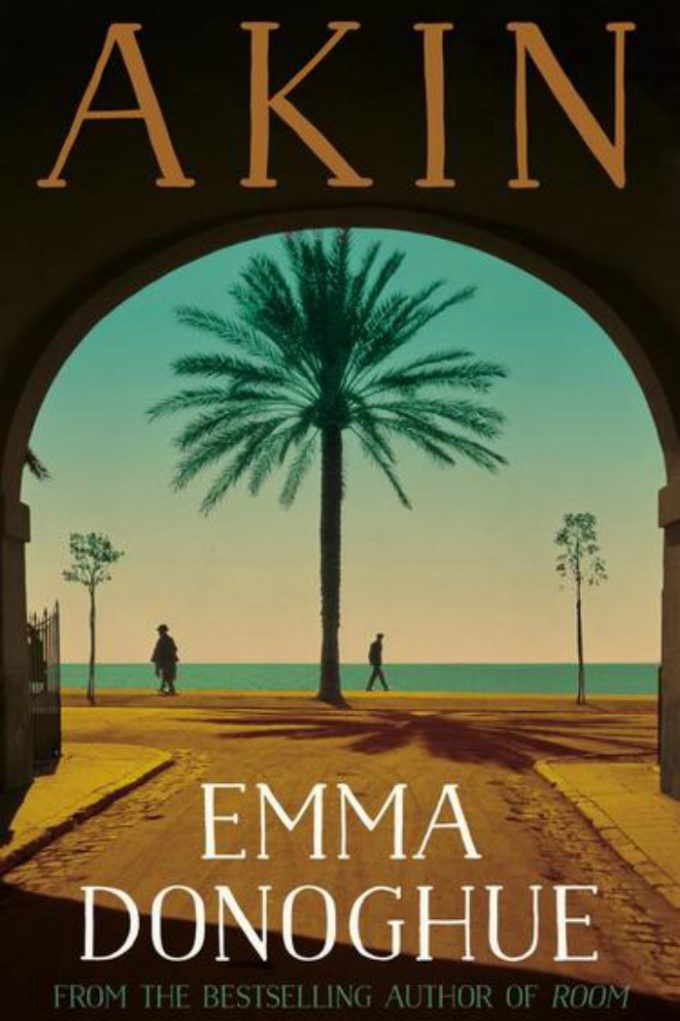 A 79-year old man and the 11-year old great nephew he’s just agreed to temporarily care for travel to Nice, trying to understand the past and each other along their journey.

“Noah Selvaggio is a retired chemistry professor and widower living on the Upper West Side, but born in the South of France. He is days away from his first visit back to Nice since he was a child, bringing with him a handful of puzzling photos he’s discovered from his mother’s wartime years. But he receives a call from social services: Noah is the closest available relative of an eleven-year-old great-nephew he’s never met, who urgently needs someone to look after him. Out of a feeling of obligation, Noah agrees to take Michael along on his trip.”

Akin’s central characters, Noah Selvaggio and his great-nephew Michael, couldn’t have been more different and that’s exactly what worked best about Emma Donoghue’s latest novel. Noah, nearly 80 and a widower, long since retired from his largely academic career. He had his routines and things he enjoyed, but led a quiet life, that was completely upended when a seemingly innocent call ended up with Noah agreeing to temporary custody of his great-nephew, Michael. Michael’s life had been fraught from the start with a drug-addicted father, a mother in prison, and his grandmother, the only stable adult in his life, newly deceased. Noah was a reader, a careful planner, unerringly polite. Michael preferred video-games, and acted on impulse in both words and actions.

The two getting to know one and other, to learn and grow as they accepted the foibles of the other made this a rich story. I enjoyed the shifting perspectives they had about each other and the world around them, and how the two slowly learned to work together. The conversations and misunderstanding between Noah and Michael often left me with a smile on my face. Amidst their story Donoghue embedded a bit of a mystery about Noah’s mother and her life in Nice during WWII, providing a catalyst for the two to join forces.

On the flipside, sometimes the story moved a little too slowly for my taste. This was especially true of Noah’s thoughts, which were often embedded into dialogue and a little confusing. I also struggled with the premise of Michael suddenly being thrust on Noah and less than two days later they’ve secured a passport for him and are jetting off to Nice. That all seemed a little too outlandish. Have you ever tried to get a passport expedited?

In the end, I liked much more about Akin than I didn’t like, thanks primarily to the two endearing characters created by Donohue and the heartwarming relationship she allowed them to develop. Grade: B