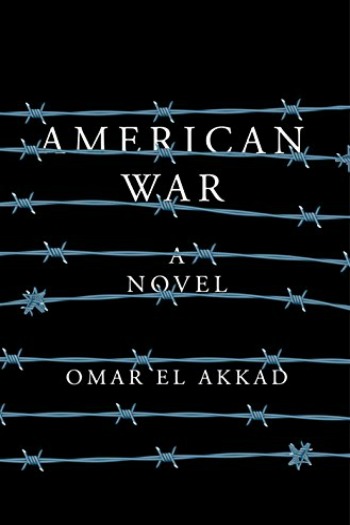 Single Sentence Summary: Sarat Chestnut grows up in a changed world, in an America at war with itself, leaving her brave, determined, and broken.

Primary Characters: Simon – The eldest of the Chestnut children, Simon is nine when the war breaks out. Dana – Twin sister to Sarat, Dana is the girly twin, more concerned with friends and fashion. Sarat – A six-year old tomboy as the war begins, Sarat and her siblings grow up in a refugee camp with war their constant companion.

Synopsis: (I’m giving more background here than usual, but NO spoilers!) In the years leading up to the second American Civil War global warming changes the landscape of the Earth. Florida is underwater, covered by the Florida Sea. Much of both coast are lost to rising water levels. New Orleans is gone. The nation’s capital has moved inland to Columbus. Temperatures have risen everywhere, making some places nearly uninhabitable. When the US government puts a ban on the use of fossil fuels, four states, South Carolina, Georgia, Alabama, and Mississippi, fight back, forming the Free Southern State. In 2074 civil war breaks out. At its onset, the Chestnut family lives peacefully in a shipping container on the banks of the great brown river flowing into the Mississippi Sea. Their home is in Louisiana, neutral territory, but, in this new world, neutral isn’t really an option. The Chestnuts and their three children, Simon, Dana and Sarat, are pulled into a war that continues for another twenty years and even then isn’t really over.

Review: With his debut, American War, Omar El Akkad has proven himself to be more than just a gifted wordsmith. His writing was indeed exquisite, but it was his well though out glimpse into a dystopian future that most impressed me. The images of a United States vastly changed by the effects of fossil fuels on the environment were all too real. El Akkad matter-of-factly offered the reader a new world, without comment or judgment. He presented no sway toward right versus wrong, leaving the reader free to assess this future through his or her own lens.

American War is not merely a story of a startling future. It’s really the story of a family making a life in uncertain times. The person narrating is unknown for the first two-thirds of the book, but he intimately knows the Chestnut family, deftly retelling their history. As the book moves further along, the narrator’s focus moves from the family to Sarat. In her, El Akkad explores how growing up as a child of war can forever change and even define a person. Sarat is a damaged young woman who I couldn’t help but like, even as I grew to feared her.

“Sarat thought about the question. It seemed sensible to crave safety, to crave shelter from the bombs and the Birds and the daily depravity of war. But somewhere deep in her mind an idea had begun to fester – perhaps the longing for safety was itself just another kind of violence – a violence of cowardice, silence, submission. What was safety, anyway, but the sound of a bomb falling on someone else’s home?”

In American War El Akkad delivered an unsettling main character in a stark reality, yet his writing was neither unsettling nor stark. With elegant prose he painted a realistic picture of a woman, a family, and a country devastated by its own excesses.

“In these hours the camp was at its calmest, and the tents running afield in all directions were beautiful in a rugged, delicate way – strange desert fauna reticent and frozen, a harvest of life.”

I highly recommend American War and look forward to Omar El Akkad’s next book! Grade: A-