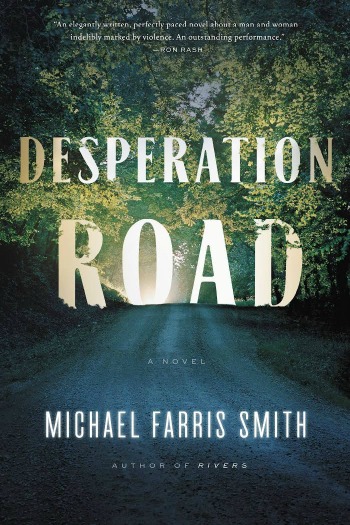 Single Sentence Summary: Russell Gaines, fresh out of prison, returns to his hometown where he crosses paths with a desperate woman and her young daughter.

Primary Characters: Russell Gaines has just been released from 11 years in prison. He returns to the small Mississippi town where he grew up in the hopes returning to the life he should have led. Maben is a hard luck a story of a young woman if there ever was one. She and her daughter are homeless, traveling on foot to the town where she also grew up.

Synopsis: Russell Gaines spent 11-years in prison, paying his debt for a horrible mistake. He’s returning to the rural Mississippi town of his youth, hoping for a new life. But, there are those in town who aren’t happy Russell is out and they deliver that message loud and clear right from the start. Maben and her daughter, Annalee, have been traveling on foot in the hot summer sun for weeks. They’re exhausted, dirty and hungry. When Maben decides to use the last of her money for a cheap truck-stop motel room, she has no idea that she’s setting into motion a chain of events from which they may never be free.

Review: There was much I liked about Desperation Road and much I didn’t. The title is fitting, as both characters are filled with an almost palpable desperation for lives they can’t quite envision. In this and more Michael Farris Smith’s writing was excellent. He wrote some descriptive passages that were so vivid I felt I was there.

“In the Southern Mississippi swamp you can watch the world awaken as the pale yellow sun edges itself between the trees and moss and winged cranes. Dragonflies buzz and.…Reptiles slither and blackbirds cry as the early light slashes and relieves the deep and quiet night.”

For some characters Smith’s development was exactly what you would hope for. I thought he did an especially good job with Maben. This was a women beaten down, a woman who had made poor choices time after time, and yet, she was desperate to hang onto her daughter. Even Maben was amazed that she’d never lost Annalee to foster care. I liked that Maben didn’t really know what she was doing. She just kept moving, trying to reach a better place. Maben made sense.

Russell made less sense. Smith presented him as a man desperate to get back to his life, having paid his debt in prison. Russell cared most about a handful of things: his father, the woman who once loved him, and never going back to prison. That last one is where the story derailed for me. On his first night home, Russell is “driving around” when he sees police lights off in the distant woods. He’s been drinking and has a shotgun in his truck, but decides to drive out to the scene and see what’s going on. This was pivotal to the story’s plot, but made absolutely no sense to me. Why would a relatively smart man, just out of prison, want go see what cops were doing in the middle of the night? It felt forced.

The rest of Desperation Road was tied to that night and because I was hung up on why Russell would have gone there, it took away from the rest of the book. And sadly, there was much I should have enjoyed about the rest. Russell’s father and the woman he lived with were a great part of the story that I’d have liked to know more about. The plotline of what happens when the lives of Russell and Maben intersect was touching and well played. I just wish Smith could have found way to tell their stories without forcing such an unlikely scene in order to get there. Grade: C