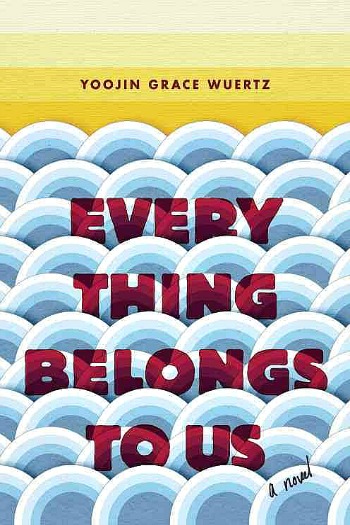 Primary Characters: Jisun – The daughter of a very wealthy businessman. Jisun has had a privileged upbringing, but very much wants to be a social activist. Namin – The daughter of poor food cart operators. Namin’s role in her family is to be a great success and rescue them all. Sunam – Son of a controlling middle-class father. Sunam badly wants success, but doesn’t want to work too hard to achieve it.

Synopsis: In 1978, Seoul National University is the most prestigious college in the country. Attending is in itself an advantage, putting students among South Korea’s professional elite. That is exactly what Namin and Sunam want. Namin to pay her family back for all they’ve sacrificed for her education. Sunam simply craves even more wealth and prestige than his father achieved. Jisun, who always lived a life of privilege, is there because it’s required of her, but she’s more concerned with social activism. Jisun and Namin, unlikely friends since middle school, cling to a strained friendship that only grows more complicated when they both become involved with Sunam.

Review: Everything Belongs to Us by Yoojin Grace Wuertz is an impressive debut. It’s historical in nature, and culturally specific, yet feels like a story that could take place almost anywhere and at any time in the last 50 years. The heart of the story is a triangle, not exactly a love triangle, more of a friendship triangle. That’s a theme often resonating in coming-of-age stories and I think Wuertz did it beautifully here. Her placement of her characters in 1978 Seoul provided just the right backdrop for their story. It was a time in that country’s history when change was happening at a rapid rate. Social activism against Park’s harsh regime and the unifying of factory workers were both pieces of history that Jisun’s character brought to light. In all three characters, we saw the social stratification of South Korea at that time, and in Namin we learned just how difficult it was to overcome poverty.

Where Everything Belongs to Us fell down a little for me was in its uneven character development. I think Wuertz did a masterful job with the two women. Jisun was my favorite character because I understood and sympathized with her backstory. This was a girl who lost her mother at a young age and had been raised largely by a housekeeper. Even when not around, her father’s presence was always felt and his control over her life complete. Yet, Jisun wanted a different sort of life and found ways to get it. I admired her. I also admired Namin, but I didn’t really like her. Namin was definitely the character with the most to overcome. Her vision of where she was, where she needed to end up, and how to get there was laser focused. Namin had so many obstacles in her way and yet she always fought on. The filial aspects of her life were harder for me to connect with, but significant to the time and culture.

“Namin at the top of the pyramid with her books and exam scores and degrees, buffered from the worst of her family’s poverty by the expectation that one day her great success would rescue them all. Everyone knew their roles, and Namin for her part did not resent the burden of carrying her family’s future.”

Sunam, unlike the two women, was a mystery to me. There wasn’t enough of a backstory for me to understand him. Why did he crave success? Why was he so lazy about working for it? Why was he one to take the easy route? I never was sure if this was another cultural element or if this was just who the character was. I also think Sunam muddied the story of the relationship between Jisun and Namin. He played a pivotal role, but I think I might have enjoyed Jisun and Namin more without him. The book was written in seven sections and I found I enjoyed most those focused on the two heroines of Everything Belongs to Us. Grade: B-