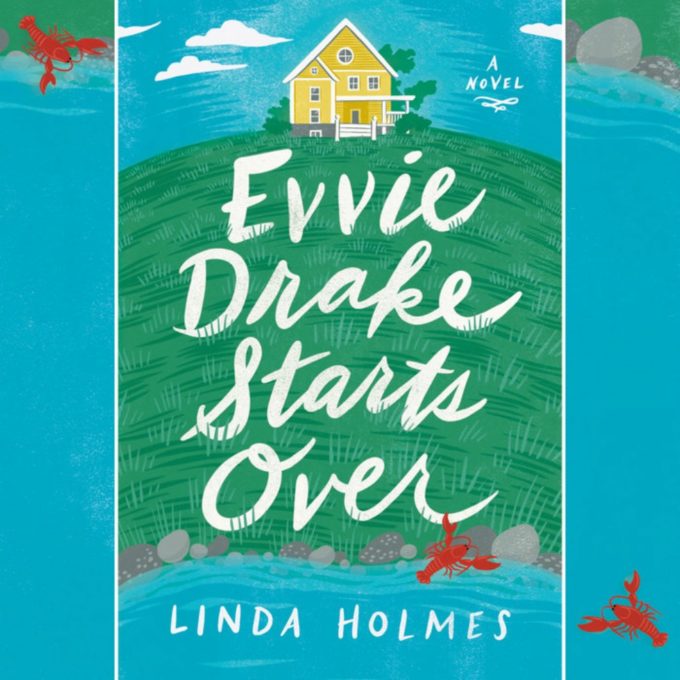 A charming little story of a young widow and a down-and-out Major League pitcher struggling to find paths toward a new normal.

“In a sleepy seaside town in Maine, recently widowed Eveleth “Evvie” Drake rarely leaves her large, painfully empty house nearly a year after her husband’s death in a car crash. Everyone in town, even her best friend, Andy, thinks grief keeps her locked inside, and Evvie doesn’t correct them.

Meanwhile, in New York City, Dean Tenney, former Major League pitcher and Andy’s childhood best friend, is wrestling with what miserable athletes living out their worst nightmares call the “yips”: he can’t throw straight anymore, and, even worse, he can’t figure out why. As the media storm heats up, an invitation from Andy to stay in Maine seems like the perfect chance to hit the reset button on Dean’s future.”

I listen to a lot of audiobooks in a lot of different genres. Sometimes true crime or memoirs, sometimes mystery/thrillers, occasionally something pretty literary, and oftentimes lighter, but still smart (dare I say it?) chick-lit fiction. That particular genre works better for me on audio than it does in print, particularly if the narration is great as it always is with Julia Whelan and that’s squarely where I’d put Linda Holmes’ lovely debut Evvie Drake Starts Over.

Evvie Drake is a young widow experiencing great grief after the sudden death of her husband. But her grief is not the grief others assume she’s experiencing and that isolates Evvie in many ways. Dean Tenney has lost his baseball career to a strange malady called the “yips,” which basically means he can no longer be depended on to throw a straight pitch. These two lost souls end up being roommates when Dean rents the attic apartment in Evvie’s house.

It’s an obvious set up for romance. You KNOW it’s going to happen, and in print that might send me running, but listening always makes me feel like I have a more personal connection to the characters. I want the best for them. I want them to be happy. Linda Holmes delivered that, but also much more in Evvie Drake. She gave both Evvie and Dean backstories that truly brought them to life, and added side characters who made her book far deeper than one might expect. The dialogues between Evvie and Dean were sharp, witty, and often had me laughing out loud. Holmes gifted her main character with a no nonsense attitude tempered with humor.

“When she started to cry the upside was as it always was; the shower cry takes the logistics out of it. Crying has to be dealt with. It makes a mess, it swells up your face, it creates a little pile of tissues that are a tell, but the shower cry is the super spy’s cry Evvie had always thought. It was between you and the tile walls and everything that hurt turned into water, and the water went away.”

I listened to most of this book while on vacation in San Diego and I couldn’t stop, sometimes just sitting for an hour or two, looking out at the ocean, doing nothing but listening to Evvie Drake Starts Over. It quite literally made for a perfect beach read (or in this case listen)! Grade: B+

Narration: I’ve really already said it. Julia Whelan was Evvie and she brought this book to life for me. Grade: A

If you liked this audiobook you might also enjoy: