I hope February has been good to you and yours. It feels like it’s ending a lot better than it began in terms of COVID and that’s a much needed hopeful sign. Right now it’s freezing here in Washington, but thankfully dry, so no snow. I know that’s not the case for much of the rest of the country, so hang in there! At least the chilly weather gives us all the perfect excuse to stay in and read, read read! I’ve done that quite a lot this month and today am sharing six of my favorites read for February. 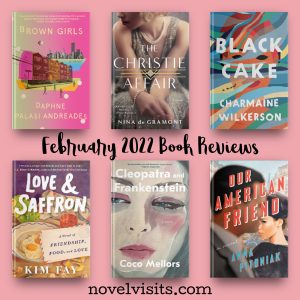 I’ve also been dipping into some backlist books and will share a post focused solely on those in a couple months. As always, if you want to see ALL my reviews and in a more timely fashion, you can follow me on Instagram @novelvisits. 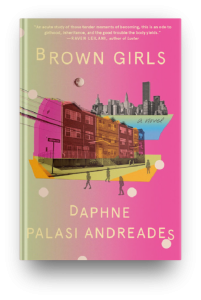 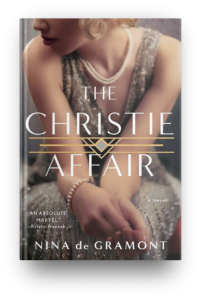 My Thoughts: I didn’t have any expectations going into 𝐓𝐇𝐄 𝐂𝐇𝐑𝐈𝐒𝐓𝐈𝐄 𝐀𝐅𝐅𝐀𝐈𝐑 by Nina de Gramont. I’m admittedly not an Agatha Christie fan; in fact, I don’t think I’ve ever read one of her books. (Yes, I am embarrassed!) I’d heard of her 11 day disappearance in 1926, and read up on it a bit about before starting the book. I was glad I did because that little bit of background showed me just how neatly the author wove her story into the real events of those 11 days.⁣
⁣
For the first 10-15% of the book, I was unsure how I felt about it, and then suddenly, I was all in. I realized that I was loving the voice of the narrator, Nan O’Dea, the fictional mistress of Agatha’s husband, Archie. (Though him having mistresses was well known.) De Gramont gave Nan a great backstory and solid reasons to wind up involved in Agatha’s disappearance. Layer by layer, she built the story, creating some mystery of her own, and drawing me deeper and deeper into the lives of both Nan and Agatha. Whether you’re a Christie fan or not, I highly recommend 𝘛𝘩𝘦 𝘊𝘩𝘳𝘪𝘴𝘵𝘪𝘦 𝘈𝘧𝘧𝘢𝘪𝘳. Grade: A- 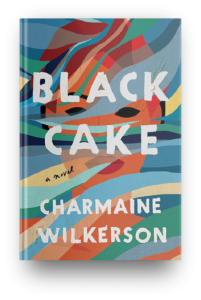 My Thoughts: 𝐁𝐋𝐀𝐂𝐊 𝐂𝐀𝐊𝐄 by debut author Charmaine Wilkerson is a story of family secrets. The biggest of these surrounds Eleanor Bennett, who upon her death leaves her son and daughter an hours-long recording explaining who she and their father really were, and why they lived a secret life. And, that’s only the start of her surprises. Eleanor was born Covey, grew up in the Caribbean, eventually landed in England and finally California. While Eleanor held many dark secrets, her children were not without some of their own. Theirs was a complicated family story that I was thoroughly engrossed in even when its layers got a little thick. ⁣
⁣
I loved the theme of the “black cake” tradition that ran through this story. It helped to tie everything together and really developed that feeling of home. What worked less well for me was the last quarter of the book. It felt like too much was covered, jumping abruptly from scene to scene. Every possible loose end was tied up and that just didn’t need to happen. The book would have been stronger to me, had the focus stayed more narrow, and possibly had a little tighter editing. Never-the-less Wilkerson is most definitely a new author to watch. I’ll be very interested in reading whatever she does next. Grade: B- 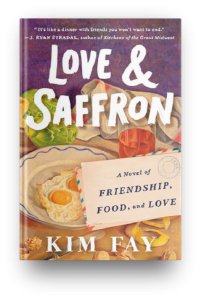 My Thoughts: I’ll be honest, I hadn’t really planned on reading 𝐋𝐎𝐕𝐄 & 𝐒𝐀𝐅𝐅𝐑𝐎𝐍 by Kim Fay, but two things happened almost simultaneously that made me believe the universe wanted me to read it. First, I was texting with Catherine @gilmoreguide and she was telling me how much she loved the book, so I was curious. Then, less than 10 minutes later, my mail came and what was in my mailbox? That’s right, a copy of 𝘓𝘰𝘷𝘦 & 𝘚𝘢𝘧𝘧𝘳𝘰𝘯! ⁣
⁣
I started reading that night and finished the next day. I’m no speed reader, but the book is short and it’s also an epistolary novel, making it move very quickly. Spanning a few years in the 1960’s, Joan and Imogen become fast friends almost exclusively through letters. Joan, a recent college graduate, first writes a fan letter to Imogen, a 60ish food columnist for a small Northwest magazine. Drawn to Joan’s words, Imogen writes back. An unusual friendship, built on a love of food and trying new things, quickly builds and changes both women’s lives. ⁣
⁣
Over the course of the book there were also nods to historical events and the culture of the day, both adding umami to the mix. Though cozy doesn’t normally match my usual darker tastes, I loved the sweet friendship and the flavorful side characters in 𝘓𝘰𝘷𝘦 𝘢𝘯𝘥 𝘚𝘢𝘧𝘧𝘳𝘰𝘯. It read like comfort food tastes, leaving me hungry and longing to cook something new! Grade: B 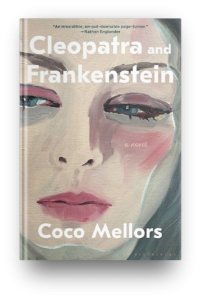 My Thoughts: 𝐂𝐋𝐄𝐎𝐏𝐀𝐓𝐑𝐀 𝐀𝐍𝐃 𝐅𝐑𝐀𝐍𝐊𝐄𝐍𝐒𝐓𝐄𝐈𝐍 by debut author Coco Mellors has the dangerous distinction of being compared to such books as 𝘔𝘰𝘥𝘦𝘳𝘯 𝘓𝘰𝘷𝘦𝘳𝘴 by Emma Straub and 𝘊𝘰𝘯𝘷𝘦𝘳𝘴𝘢𝘵𝘪𝘰𝘯𝘴 𝘸𝘪𝘵𝘩 𝘍𝘳𝘪𝘦𝘯𝘥𝘴 by Sally Rooney. Those are big shoes to fill, but for me Mellors has done it. So, let me say right at the top that I thought her writing was simply exquisite. A pure pleasure to read. Bravo!⁣
⁣
Cleo and Frank meet while leaving a New Year’s Eve party in 2007. She’s 24 and on a student visa that’s expiring in six months. He’s the 45ish owner of a successful New York marketing firm. Theirs is a whirlwind romance that ends in a marriage that takes most everyone by surprise including themselves. That’s the basic setup for 𝘊𝘭𝘦𝘰𝘱𝘢𝘵𝘳𝘢 𝘢𝘯𝘥 𝘍𝘳𝘢𝘯𝘬𝘦𝘯𝘴𝘵𝘦𝘪𝘯, but the story is really what happens after: how two people who barely knew each other can make a go of their marriage, or not. It’s also about how the people in their lives feel about the couple and how that impacts their relationship. ⁣
⁣
This is a story that delves into how two people can truly love each other even when they don’t seem to be able to fit together. It’s a story steeped in excess and touched by mental illness. It’s a love story, but not a romance. It’s dark, but not crushingly so. It’s hopeful, but not overtly. It’s a book I highly recommend to fans of Sally Rooney or even to those who find Rooney just a little too dark. 𝘊𝘭𝘦𝘰𝘱𝘢𝘵𝘳𝘢 𝘢𝘯𝘥 𝘍𝘳𝘢𝘯𝘬𝘦𝘯𝘴𝘵𝘦𝘪𝘯 will give you the same feel, but won’t leave you crushed. I loved it! Grade: A- 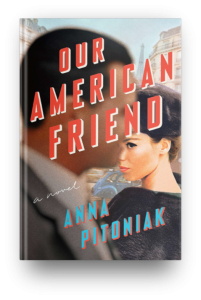 My Thoughts: 𝐎𝐔𝐑 𝐀𝐌𝐄𝐑𝐈𝐂𝐀𝐍 𝐅𝐑𝐈𝐄𝐍𝐃 cements Anna Pitoniak as an author I will always read. The story centers on Sofie Morse, a one-time White House journalist, who is recruited by the First Lady to write her biography, but Lara Caine isn’t your typical First Lady. She’ll remind you of Melania, but there’s a whole lot more to her than that. Lara is also Russian and the daughter of a long time KGB agent stationed in Paris. She grew up on the periphery of the spy-game, learning its rules and eventually how to play.⁣
⁣
The real question becomes why? Why does Lara want her biography written now and why Sofie? This is the essence of 𝘖𝘶𝘳 𝘈𝘮𝘦𝘳𝘪𝘤𝘢𝘯 𝘍𝘳𝘪𝘦𝘯𝘥 and out first clue is that as the book opens Sofie and her husband are living in exile in Croatia. Why? From start to finish, I was captivated by both women’s stories, flying through those pages looking for answers. In the end, I was very satisfied. This is a fast, fun read that I definitely recommend! Grade: B+

What have you been reading this month? 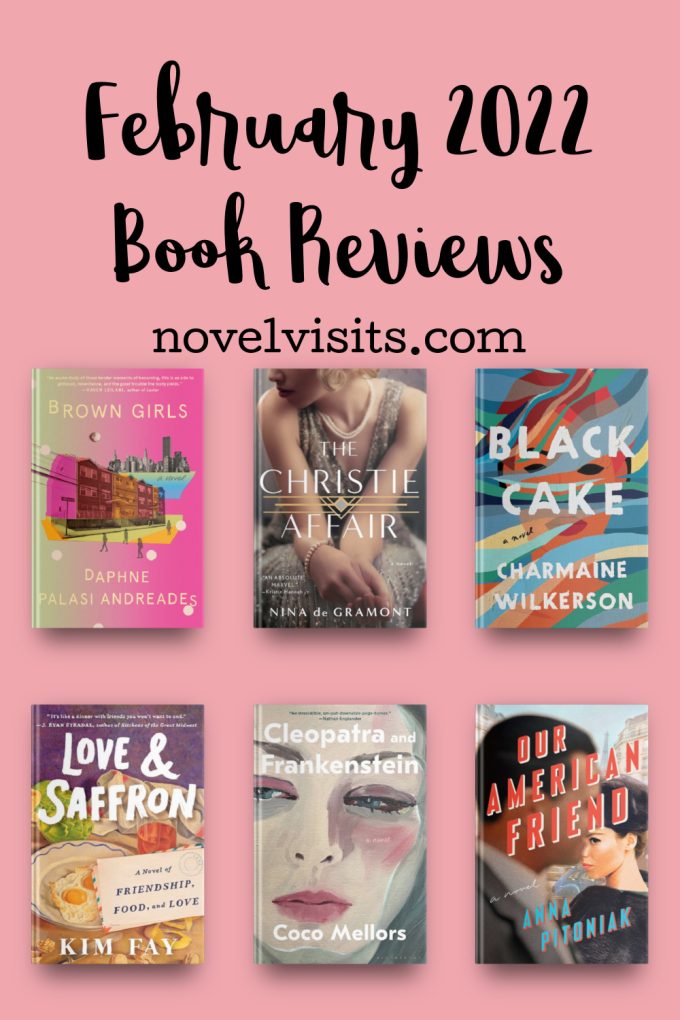