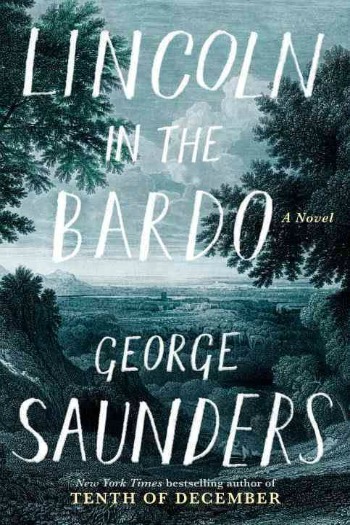 Single Sentence Summary: The night after President Lincoln buries his young son, Willie, he returns to the graveyard for a last goodbye.

Primary Characters: President Lincoln – a grieving father, both loved and hated by American citizens. Willie – Lincoln’s 11-year old son, recently deceased who now finds himself in the Bardo. Hans Vollman – a spirit of the Bardo who died before he was able to consummate his marriage to his lovely young bride. He’s hoping to return in order to do so. Robert Blevins III – a spirit who killed himself, realizing too late just what a beautiful place the world is. He wants to get back to fully experience it. Reverend Everly Thomas – in life truly a reverend, Thomas is the only spirit who knows the real truth about what the Bardo is.

Synopsis: Bardo is a Tibetan word that literally means “intermediate state.” It’s where young Willie Lincoln finds himself the evening after his funeral. With him are hundreds of other spirits who don’t quite believe they’ve died, and instead are hoping to recover from their mistakes in life so they can leave their “sick-boxes” once and for all. These spirits also know that the Bardo is not a place for children. When Lincoln shows up grieving and wanting a little more time with his dead son, they endeavor to use Lincoln to help encourage Willie to move on.

Review: Lincoln in the Bardo is not an easy book for me to review. I thoroughly enjoyed many elements of the story, but also grew weary of them. Let’s start with the good!

Creativity: In his first novel, George Saunders delivered a wildly creative story in the ghosts of the Bardo. His descriptions and details were amazing. While reading the book, I continually felt like I was on a much more perverse version of Disney’s Haunted Mansion ride. 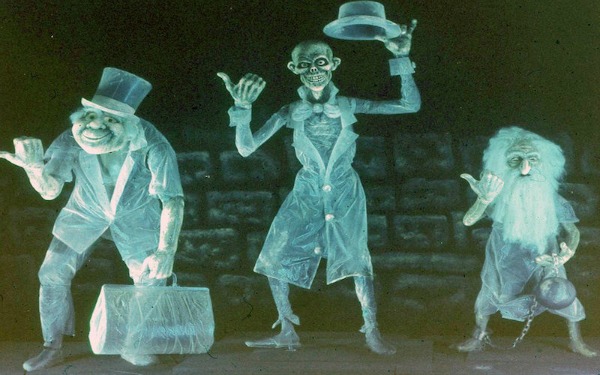 Picture Disney’s three hitchhiking ghosts imbued with some of the qualities of Saunders’s three main nether-world entities in their “sick-forms.”  That guy in the top hat might be Vollman. Picture him naked, with half his head smashed, and most importantly picture a HUGE “member” guiding his way. That tall skinny one in the center would be Bevins. You’ll need to imagine dozens of arms, heads, and eyes projecting from his stick-thin frame. And, the bearded guy looks like the Reverend to me, with a few adjustments. The Reverend would need hair sticking straight up, his mouth in an “O” and a look of terror on his face. That’s barely the beginning of creativity that Saunders gifted his spirits of the Bardo with.

History: Throughout Lincoln in the Bardo are sections with real accounts of Lincoln, Willie’s illness and death, and people’s feelings about Lincoln. These were so fun to read and had to have taken tremendous amounts of research on Saunders part. He would take one small element, like Lincoln’s eye color, and have dozens of different, but documented descriptions. (Each was cited as to exactly who had said or written it.) The amazing thing is how different each was. One would say Lincoln’s eyes were blue, another gray, another blue-gray. Others said you could never tell because he was always looking down. He did this with dozens of things including how people felt about Lincoln himself and how they felt about the war. Like today, it was startling how many opposing accounts there could be of the exact same thing. It made me feel like we haven’t made much progress since 1862!

Downside: Every spirit needed to tell their life story and more importantly, to have it heard. They could not stop themselves. I found myself immersed in the stories in the beginning, with many being like a dirty little secret revealed. As the book progressed, I began to grow weary of their life stories. (There were just so many!) I found myself skimming. For me, it took too long to get to the heart of the story of Lincoln and Willie. That was the beautiful part of this book. I’m glad I stuck with it because I did love the resolution for the citizen’s of the Bardo. It was also a pleasure to consider Lincoln as a father. Our first thoughts are always of the president who was willing to fight to end slavery, but this book reminds us he was more.

“Sinking his head into the place between chin and neck, the gentleman sobbed, raggedly at first, then unreservedly, giving full vent to his emotions.”

The audio version of this book has a cast of 160, which gives you an idea of how many characters there are in Saunders’s story. It reads like a play and I think I’d have enjoyed it much more in the audio version. Some of the flaws I felt as a reader, might not have been as pronounced as a listener. So, if you’re prepared for a wild ride steeped in history, and a large cast of characters does not put you off, then I recommend you listen to Lincoln in the Bardo in its audiobook form. Grade: B-