March isn’t always my favorite month, but this year a couple things really helped. First, getting out of rainy Washington and spending two glorious weeks in sunny, warm Scottsdale. And second, some truly outstanding books. Not every book I read wowed me, but it was a month of three top level, hangover worthy books. Of course, I’m sharing those today, plus three others that also hit a sweet spot in my reading journey. (The others? Let’s just forget about those!) 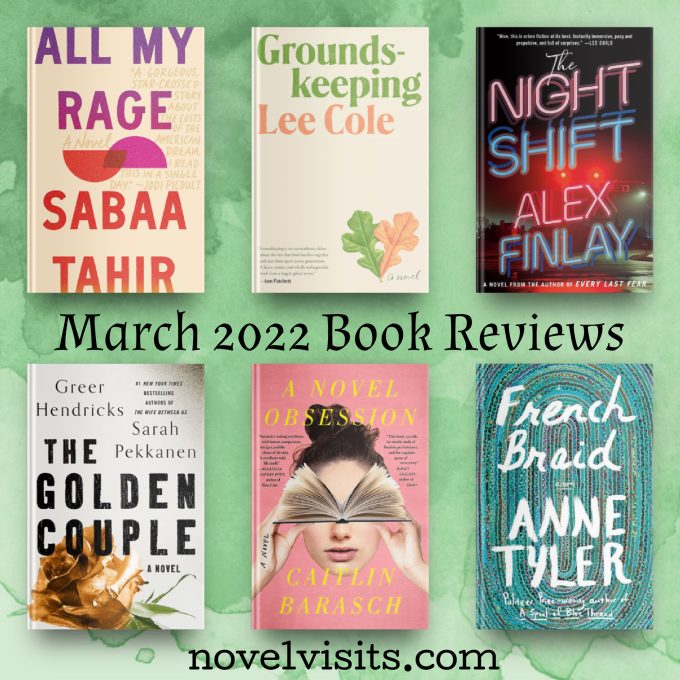 In order of publication and nothing more, my March 2022 Book Reviews! 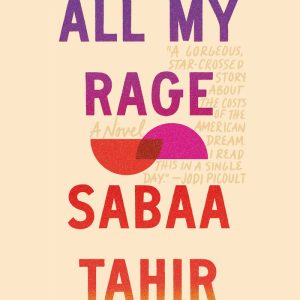 My Thoughts: On this one I’m going to be eating a little crow. As some of you may already know, YA is not my thing. I typically won’t even consider a YA book, but something in the premise of 𝐀𝐋𝐋 𝐌𝐘 𝐑𝐀𝐆𝐄 by Sabaa Tahir spoke to me, and I decided I’d listen to it. From the very beginning I was completely drawn into the world of Misbah, Salahudin, and Noor. Misbah, Sal’s mom, immigrated to the U.S. from Pakistan and runs a small motel in a sad California town. Noor’s uncle brought her to the U.S. at six after both her parents were killed in an earthquake. She and Sal were close friends from the time she arrived.⁣
⁣
The lives of these three are complicated. They’re Muslim in an area with few Muslims, they have things to fear, people who let them down, others who are cruel, and still others willing to help. Tahir beautifully wove their stories together using alternating perspectives to give her characters a richness we don’t often see. This worked especially well on audio where the trio of narrators were outstanding. I went into 𝘈𝘭𝘭 𝘔𝘺 𝘙𝘢𝘨𝘦 without knowing much and I think that’s best, so I’m not going to share more. Just know these things:⁣
⁣
1. The characters will stay with me for a very long time.⁣
2. The writing is excellent.⁣
3. I loved it.⁣
4. This could be a 2022 favorites contender for me.⁣
5. Grade: A
⁣
Thanks to PRH Audio and Libro.fm for an ALC of this book in exchange for my honest thoughts. 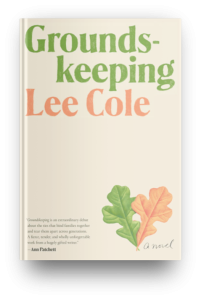 My Thoughts: I seem to have a thing for books about struggling young writers. 𝘞𝘳𝘪𝘵𝘦𝘳𝘴 & 𝘓𝘰𝘷𝘦𝘳𝘴 by Lily King was one of my favorite books of 2020, and this year 𝐆𝐑𝐎𝐔𝐍𝐃𝐒𝐊𝐄𝐄𝐏𝐈𝐍𝐆 by debut author Lee Cole may very well end up in a similar spot. Owen Callahan had always known he wanted to write, but after graduating college, had frittered away much of his 20’s with dead end jobs, drugs, and no real direction. After living in his car for a couple of months, Owen returns to a place he both loves and feels alienated from, rural Kentucky. ⁣⁣
⁣⁣
“𝘐’𝘷𝘦 𝘢𝘭𝘸𝘢𝘺𝘴 𝘩𝘢𝘥 𝘵𝘩𝘦 𝘴𝘢𝘮𝘦 𝘱𝘳𝘦𝘥𝘪𝘤𝘢𝘮𝘦𝘯𝘵. 𝘞𝘩𝘦𝘯 𝘐’𝘮 𝘩𝘰𝘮𝘦, 𝘪𝘯 𝘒𝘦𝘯𝘵𝘶𝘤𝘬𝘺, 𝘢𝘭𝘭 𝘐 𝘸𝘢𝘯𝘵 𝘪𝘴 𝘵𝘰 𝘭𝘦𝘢𝘷𝘦. 𝘞𝘩𝘦𝘯 𝘐’𝘮 𝘢𝘸𝘢𝘺, 𝘐’𝘮 𝘩𝘰𝘮𝘦𝘴𝘪𝘤𝘬 𝘧𝘰𝘳 𝘢 𝘱𝘭𝘢𝘤𝘦 𝘵𝘩𝘢𝘵 𝘯𝘦𝘷𝘦𝘳 𝘸𝘢𝘴.”⁣⁣
⁣⁣
He moves into his grandfather’s basement and takes a job groundskeeping at the local college, giving him access to writing classes.⁣⁣
⁣⁣
𝘎𝘳𝘰𝘶𝘯𝘥𝘴𝘬𝘦𝘦𝘱𝘪𝘯𝘨 is the story of Owen’s journey to find his own voice among the cacophony of other voices constantly surrounding him. Many are those of people he doesn’t care to hear, but others he loves and wants to understand. His grandfather, especially, pulls at Owen’s heart and makes him want to be a better man. The bond between the two was beautifully written and just one example of Cole’s talented writing. ⁣⁣
⁣⁣
This book shone brightest in two areas. First, the incredible sense of place the author delivered. He made me feel like I was there in Kentucky at all times. The character development was also a standout, with a unique and truly interesting cast that I felt I knew well. In many ways a coming-of-age story, I loved the slow, steady build to Owen’s understanding of what he wants most in life. Lee Cole is a talented writer and one I look forward to reading more from. Grade: A
⁣⁣
Thanks to A.A. Knopf for both finished and electronic copies of this book in exchange for my honest thoughts.

My Thoughts: Have you ever read a book by mistake? That’s exactly what I did when I piced up 𝐓𝐇𝐄 𝐍𝐈𝐆𝐇𝐓 𝐒𝐇𝐈𝐅𝐓 by Alex Finlay. There was a very similarly titled February release that I actually thought I was going to be reading. What a dope! But…it turned out great because I really enjoyed 𝘛𝘩𝘦 𝘕𝘪𝘨𝘩𝘵 𝘚𝘩𝘪𝘧𝘵 and since I’m picky with thrillers, that’s saying a lot.⁣
⁣
This is the story of two sets of killings, fifteen years apart. In both, three young people are stabbed to death and one teenage girl survives. The first, had a suspect who vanished. As the second killings happen, the survivor of the first, now a counselor, is called in to help the latest survivor. The story not only revolves around these two characters, but many more, some with connections to both killings, some only with the most recent. There’s a badass, pregnant FBI agent, a young, eager detective, a public defender with a past, and many more. ⁣
⁣
On top of all the characters, the story moved back and forth between the two killings. While all that might seem like a lot, it really wasn’t. Finlay expertly wove his cast of characters and the two killings together into a tense, compelling tale that had me flying through the pages. 𝘛𝘩𝘦 𝘕𝘪𝘨𝘩𝘵 𝘚𝘩𝘪𝘧𝘵 was definitely my kind of thriller! Grade: B
⁣
Thanks to Minotaur Books for an electronic copy of this book in exchange for my honest thoughts. 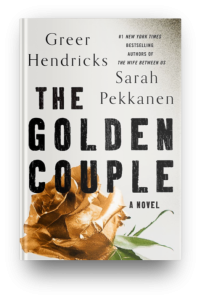 My Thoughts: I’ve come to expect a lot from the powerhouse writing duo of Greer Hendricks and Sarah Pekkanen, and they did not disappoint with their latest psychological thriller, 𝐓𝐇𝐄 𝐆𝐎𝐋𝐃𝐄𝐍 𝐂𝐎𝐔𝐏𝐋𝐄. In it, we meet a controversial therapist turned “consultant,” who guarantees to work her magic in ten very carefully orchestrated sessions. Avery calls the shots, but when she accepts Marissa and Matthew (the seemingly golden couple) as clients, all preordained plans and expectations are gone. The two, who came to her after Marissa cheated, aren’t quite what they seem, but then neither is Avery.⁣
⁣
I especially liked 𝘛𝘩𝘦 𝘎𝘰𝘭𝘥𝘦𝘯 𝘊𝘰𝘶𝘱𝘭𝘦 because it constantly kept me on my toes with unforeseen twists and turns. With everyone being unreliable, I didn’t see the end coming until it was just around the corner. This isn’t a book with a deep, scary plot, but it 𝐈𝐒 very entertaining; a perfect book to blow through on a weekend or take on vacation. I definitely spent a very pleasant couple days looking in on the therapy sessions and am betting many others will, too. Grade: B

Thanks to St. Martin’s Press for both an ARC and electronic copy of this book in exchange for my honest thoughts. 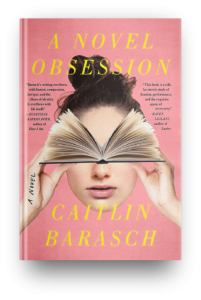 My Thoughts: 𝐀 𝐍𝐎𝐕𝐄𝐋 𝐎𝐁𝐒𝐄𝐒𝐒𝐈𝐎𝐍 by debut author Caitlin Barasch is a twisty sort of story within a story. In it we meet Naomi who is desperate to write her first novel, but just hasn’t found the right story to tell. Naomi believes the best stories come out of real life experiences, and she’s had moderate success with a couple short stories, but for that big one, she’s got nothing. That all begins to change when Naomi finds out her Welsh boyfriend, Caleb, has an ex and they’re all living just subway stops away from each other in NYC.⁣
⁣
Naomi is insecure and jealous, yet willing to be bold. She becomes obsessed, not only with Rosemary, but with the idea of stalking Rosemary as a premise for her elusive novel. And so the story unfolds with Naomi going further and further down a rabbit hole that twists and turns in delightfully crazy ways. For the most part, I was fascinated with Naomi and just how far she was willing to take things while also never quite feeling like she (or I) really knew what was truly going on. In that way I liked this debut very much. I did think it moved a little slowly at times, but each time my attention started to wane, something came along to grab me. I’ll definitely be looking for more from Barasch. Grade: B

Thanks to Dutton Books for an ARC of this book in exchange for my honest thoughts. 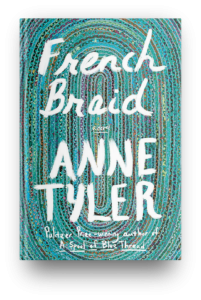 My Thoughts: My feelings about Anne Tyler books wax and wane. Many I’ve loved (especially her earlier books), but others haven’t done much for me. Whether I loved them or didn’t really connect, the thing that always stands out about Tyler’s books is that she KNOWS how to write families. That more than anything is why I loved her newest book, 𝐅𝐑𝐄𝐍𝐂𝐇 𝐁𝐑𝐀𝐈𝐃. This is the story of the Garrett family and its opening is brilliant.⁣⁣⁣⁣⁣⁣⁣⁣⁣
⁣⁣⁣⁣⁣⁣⁣⁣⁣
It’s 2010 when Serena and her boyfriend are catching a train and she sees someone in the station who “𝘮𝘪𝘨𝘩𝘵” be her cousin. Her boyfriend is stunned that she can’t recognize one of her own, but for Serena, for her whole family, that might not be so surprising. From there, the story moves back to 1959 when Mercy and Robin Garrett took their three children on the one and only family vacation of their lives. We get to know the five members of this family in the week they spend at the lake, and in the more than fifty years that follow. Nothing about this family is normal, but nothing is all that abnormal either. ⁣⁣⁣⁣⁣⁣⁣⁣⁣
⁣⁣⁣⁣⁣⁣⁣
“𝘞𝘢𝘴 𝘪𝘵 𝘳𝘦𝘢𝘭𝘭𝘺 𝘴𝘰 𝘦𝘢𝘴𝘺 𝘵𝘰 𝘤𝘰𝘯𝘷𝘪𝘯𝘤𝘦 𝘵𝘩𝘦 𝘸𝘰𝘳𝘭𝘥 𝘵𝘩𝘢𝘵 𝘭𝘪𝘧𝘦 𝘸𝘢𝘴 𝘱𝘳𝘰𝘤𝘦𝘦𝘥𝘪𝘯𝘨 𝘢𝘴 𝘶𝘴𝘶𝘢𝘭? 𝘔𝘦𝘳𝘤𝘺 𝘩𝘢𝘥 𝘸𝘰𝘯𝘥𝘦𝘳𝘦𝘥.⁣⁣⁣⁣⁣⁣⁣⁣⁣⁣

𝘠𝘦𝘴, 𝘪𝘵 𝘸𝘢𝘴, 𝘦𝘷𝘪𝘥𝘦𝘯𝘵𝘭𝘺.”⁣⁣⁣⁣⁣⁣⁣⁣⁣
⁣⁣⁣⁣⁣⁣⁣⁣⁣
As individuals, there were none I really latched onto, but as a whole this disconnected family really got to me. By the time Tyler’s story reached Serena’s generation, I was definitely attached, emotionally involved, and finally a little hungover. I’m sure 𝘍𝘳𝘦𝘯𝘤𝘩 𝘉𝘳𝘢𝘪𝘥 won’t be a book for everyone, but if you’re already an Anne Tyler fan, if you like stories of dysfunctional families, or if you truly delight in fantastic writing, I think this is a book you’re going to love.⁣⁣⁣⁣⁣⁣⁣⁣⁣ Grade: A

What have you been reading this month? 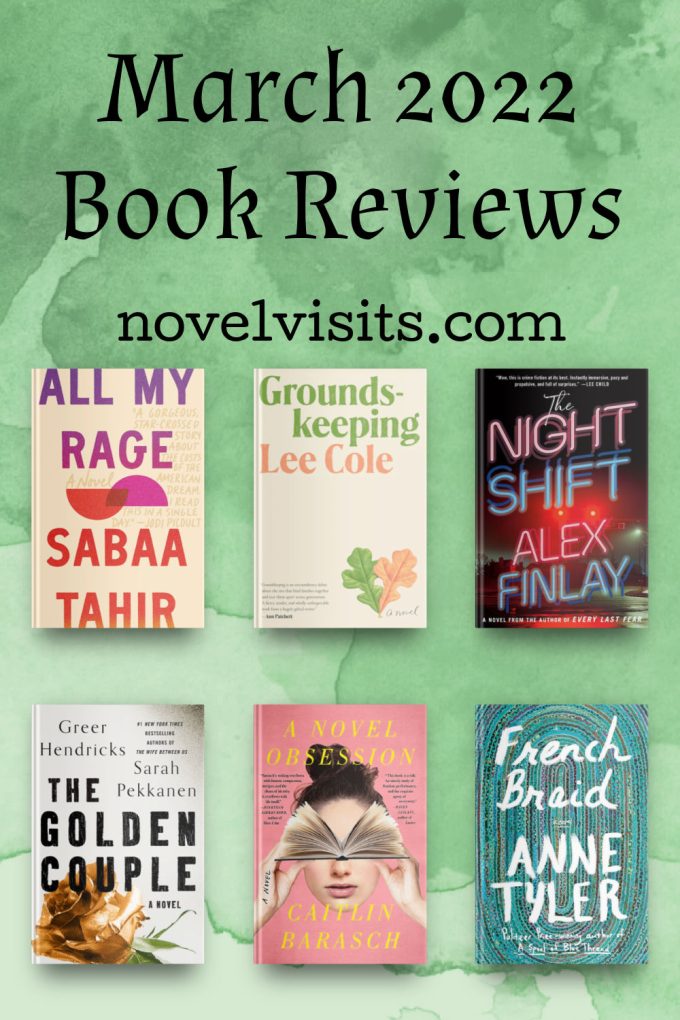