September was a bit of a weird reading month. I read/listened to quite a few books and enjoyed many of them. However, none left me with that big book hangover that we’re always hoping for. Off and on I felt like I was on the verge of a slump, but then I’d land on a really good book that pulled me through. So, today I’m sharing the books I consider to be my six favorites from September. 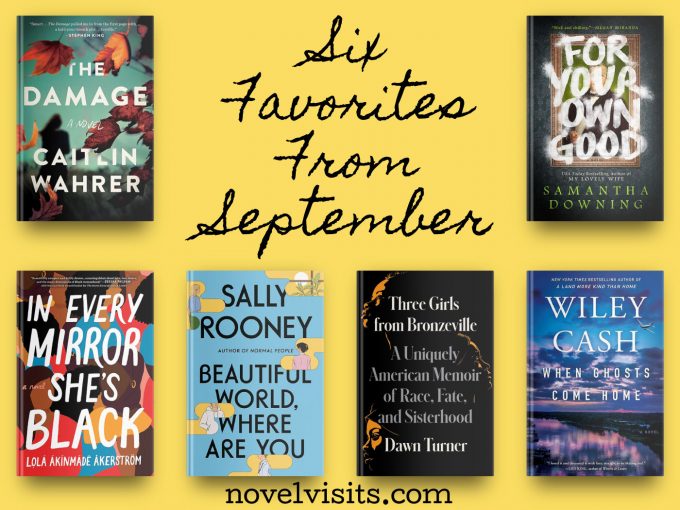 As you’ll see in the reviews this is a wide range of books, including a memoir, a couple debuts, favorite authors, and more. I hope you find a book or two that piques your interest! 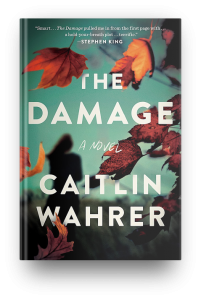 My Thoughts: 𝐓𝐇𝐄 𝐃𝐀𝐌𝐀𝐆𝐄 tackles a sensitive topic we don’t often see in books, sexual assault of a man. As the book opens college student Nick Hall has been violently assaulted by a man he briefly met at a bar and later went to a motel with. What happened in that room is the catalyst for a story that revolves around Nick, his brother, Tony, his sister-in-law, Julia, and the detective investigating his case, John Rice. The four alternately recount the far-reaching aftermath of Nick’s assault. Tony has always been protective of his much younger brother and is set on revenge when it looks like justice may not prevail. Julia, an attorney herself, sees the bigger picture and fears her husband may not survive it. Nick in many ways is the strongest of the trio, even as his world is crumbling around him. Detective Rice tells the story from both when it was happening, and with more perspective four years later. It’s all woven together into a compelling, tense journey that surprised me with its unexpected twists.⁣
⁣
Caitlin Wahrer’s debut may not be easy for some to read. The assault and the heavy topics surrounding it could be triggers, but if you can handle that, 𝘛𝘩𝘦 𝘋𝘢𝘮𝘢𝘨𝘦 is definitely a book you should add to your TBR list. In a busy time, with a lot going on around me, I still flew through the book. Grade: B+ 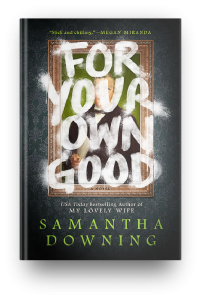 My Thoughts: You’ve got to admire an author who can write a psychopathic prep school teacher with so much snarky humor. That’s exactly what Samantha Downing accomplished with her third thriller, 𝐅𝐎𝐑 𝐘𝐎𝐔𝐑 𝐎𝗪𝐍 𝐆𝐎𝐎𝐃. From the opening pages, I knew Teddy Crutcher was going to be a villain I’d love to hate. Teddy was all about Teddy, and not ashamed to admit it. Everyone else, including other teachers, pesky parents, and most especially his own students were simply roadblocks to him getting all the accolades he deserved. No one was exempt from Teddy’s wrath OR revenge, even when things around Belmont Academy started going from bad to worse, attracting more and more unwanted attention. ⁣
⁣
If you’re on the hunt for a fun, light-hearted thriller, or are a fan of campus novels, look no further. You’ll get both with 𝘍𝘰𝘳 𝘠𝘰𝘶𝘳 𝘖𝘸𝘯 𝘎𝘰𝘰𝘥. Grade: B

Note: My thanks to Berkley Books for a finished copy of this book in exchange for my honest thoughts. 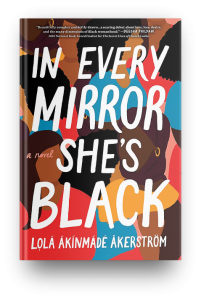 My Thoughts: I’m always on the hunt for great debuts, and I found just that with 𝐈𝐍 𝐄𝐕𝐄𝐑𝐘 𝐌𝐈𝐑𝐑𝐎𝐑 𝐒𝐇𝐄’𝐒 𝐁𝐋𝐀𝐂𝐊 by Lolá Ákínmádé Åkerström. Hers is really three stories of Black women living in Stockholm, all loosely linked together by a wealthy Swedish man named Jonny who happens to be on the spectrum. Kemi, a Nigerian-American marketing whiz, is recruited by Jonny to dig his own company out of the negative press surrounding a lack of racial diversity in his ad campaigns. Brittany, a stunning Black woman of Jamaican descent, becomes Jonny’s obsession after he meets her on a plane where she’s a flight attendant. And finally, cleaning Jonny’s offices, is Muna, a Somalian refugee who just wants to find a place to call home and a family to hold.⁣
⁣
Åkerström alternates chapters between Kemi, Brittany, and Muna who all face discrimination in one form or another whether or not they are educated, successful, wealthy, or beautiful. I quickly became caught up in each woman’s story and was a little surprised by the social issues around migration, racial identity, and gender equality in Sweden. Throughout their upheavals and steep learning curves, I found myself rooting for each of the women to find the life that would truly bring her happiness. With her stellar writing, Lolá Ákínmádé Åkerström is definitely an author whose sophomore novel I’ll be eagerly awaiting! Grade: A-

Note: My thanks to Sourcebooks (via NetGalley) for an electronic copy of this book in exchange for my honest thoughts.

My Thoughts: 𝐁𝐄𝐀𝐔𝐓𝐈𝐅𝐔𝐋 𝗪𝐎𝐑𝐋𝐃, 𝗪𝐇𝐄𝐑𝐄 𝐀𝐑𝐄 𝐘𝐎𝐔 was probably my most highly anticipated book of the year. I’m a hardcore Sally Rooney fan, loving her young, angst-filled characters. That didn’t change with 𝘉𝘦𝘢𝘶𝘵𝘪𝘧𝘶𝘭 𝘞𝘰𝘳𝘭𝘥 in which we meet Alice and her best friend Eileen, plus Felix and Simon, the men in their lives. In some respects this might be Rooney’s most personal novel to date as Alice is a 29-year old a writer with two highly regarded books behind her. She’s also a little prickly, and has struggled with the trappings of her own success. Eileen’s world is not what she’d have expected nearing 30. She’s stuck at a low paying literary magazine, doesn’t really know what she’d rather do, and is in love with Simon, but can’t seem to stop pushing him away. And Felix? He’s quirky and kind and just the best! ⁣
⁣
As in all Rooney books, I loved the interplay of the characters and the way she lets you into all parts of their lives. The complexities of friendships shine in this novel.⁣
⁣
“𝘐 𝘸𝘢𝘴 𝘵𝘪𝘳𝘦𝘥, 𝘪𝘵 𝘸𝘢𝘴 𝘭𝘢𝘵𝘦, 𝘐 𝘸𝘢𝘴 𝘴𝘪𝘵𝘵𝘪𝘯𝘨 𝘩𝘢𝘭𝘧-𝘢𝘴𝘭𝘦𝘦𝘱 𝘪𝘯 𝘵𝘩𝘦 𝘣𝘢𝘤𝘬 𝘰𝘧 𝘢 𝘵𝘢𝘹𝘪, 𝘳𝘦𝘮𝘦𝘮𝘣𝘦𝘳𝘪𝘯𝘨 𝘴𝘵𝘳𝘢𝘯𝘨𝘦𝘭𝘺 𝘵𝘩𝘢𝘵 𝘸𝘩𝘦𝘳𝘦𝘷𝘦𝘳 𝘐 𝘨𝘰, 𝘺𝘰𝘶 𝘢𝘳𝘦 𝘸𝘪𝘵𝘩 𝘮𝘦, 𝘢𝘯𝘥 𝘴𝘰 𝘪𝘴 𝘩𝘦, 𝘢𝘯𝘥 𝘵𝘩𝘢𝘵 𝘢𝘴 𝘭𝘰𝘯𝘨 𝘢𝘴 𝘺𝘰𝘶 𝘣𝘰𝘵𝘩 𝘭𝘪𝘷𝘦 𝘵𝘩𝘦 𝘸𝘰𝘳𝘭𝘥 𝘸𝘪𝘭𝘭 𝘣𝘦 𝘣𝘦𝘢𝘶𝘵𝘪𝘧𝘶𝘭 𝘵𝘰 𝘮𝘦.”⁣
⁣
The sentence above is part of an email sent from Eileen to Alice, and though I loved that sentiment, emails were also where the story fell down just a bit for me. Each chapter began with one between the women. I found the emails wonderful when the two shared their lives, especially the darker parts, but they also dove deep into darkness in the world: climate change, the fall of The Bronze Age, politics, etc. These were written in very long, almost punishing paragraphs. Some added to the overall story, but I don’t think they added as much as the space they took up. I wish Rooney had accomplished the nod to darkness in some other way. Still, when looking beyond that, I loved the overall story and most especially the ending….it’s one you might not expect from Rooney. Grade: A- 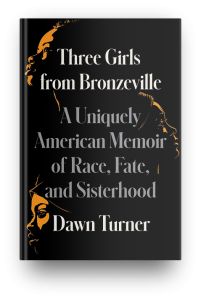 My Thoughts: Nonfiction has not been my thing this year and that makes me a little sad. Maybe because there has been a lot going on in my life, I’m feeling like I need to escape and nonfiction can’t always do that for me. So, when I say I found a memoir that I thoroughly enjoyed, 𝐓𝐇𝐑𝐄𝐄 𝐆𝐈𝐑𝐋𝐒 𝐅𝐑𝐎𝐌 𝐁𝐑𝐎𝐍𝐙𝐄𝐕𝐈𝐋𝐋𝐄 by Dawn Turner, I hope you’ll take note! ⁣⁣
⁣⁣
Journalist and novelist Dawn Turner writes about growing up in the 70’s in Chicago’s Bronzeville neighborhood. Mainly working class with some subsidized housing, Bronzeville was a largely Black area of the city, where the recent civil rights movement brought hope for greater opportunities. Dawn, her sister Kim and her best friend Debra led lives much like any other little girls growing up in a big city. They shared hopes, dreams and lots of laughs. But as adolescence hit and Debra’s family moved, the three had less and less in common and their lives began to move in wildly different directions.⁣⁣
⁣⁣
The memoir chronicles the challenges each girl/woman faced as she grew into adulthood. Turner held a laser focus on what she wanted and how to achieve it, but Kim and Debra struggled to find their dreams and overcome the many obstacles in their ways. I found 𝘛𝘩𝘳𝘦𝘦 𝘎𝘪𝘳𝘭𝘴 𝘪𝘯 𝘉𝘳𝘰𝘯𝘻𝘦𝘷𝘪𝘭𝘭𝘦 to be compelling, honest, sad, and yet ultimately uplifting. Add this one to your nonfiction TBR. I’m glad I did. Grade: B⁣

Note: My thanks to Simon & Schuster for a finished copy of this book in exchange for my honest thoughts. 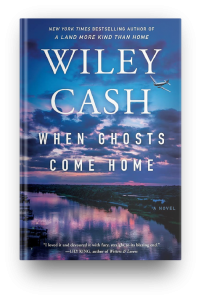 My Thoughts: Wiley Cash’s fourth novel, 𝗪𝐇𝐄𝐍 𝐆𝐇𝐎𝐒𝐓𝐒 𝐂𝐎𝐌𝐄 𝐇𝐎𝐌𝐄, published earlier this month, and was one of the books I’ve most looked forward to this fall. The book marks a bit of a departure for Cash, moving from rich character-driven stories into more of a crime / murder mystery. It takes place in small-town North Carolina in 1984 where sheriff Winston Barnes is woken up in the middle of the night by what sounded like a very low-flying airplane. Upon investigation, he finds an empty abandoned plane and the dead body of a Black man. Complications abound in the sheriff’s life, including a sick wife, an adult daughter returning home, an upcoming election that he’s not likely to win, and some openly racist white folks bent on pinning blame for whatever happened with the plane on the dead man, openly harassing anyone who gets in their way.⁣
⁣
While I enjoyed the book very much, it was much more police procedural than I had expected. The sheriff and his daughter, Colleen, were well-developed characters, but the rest were more one-dimensional and even a bit cliched. Despite that, I enjoyed the investigation and mystery surrounding this story. As it came to a close, I was rewarded, getting part of the ending right, but not all. I like it when an author has a little surprise left waiting for you. Grade: B

Note: My thanks to William Morrow Books for an ARC of this book in exchange for my honest thoughts.

What books have been your favorites from September? 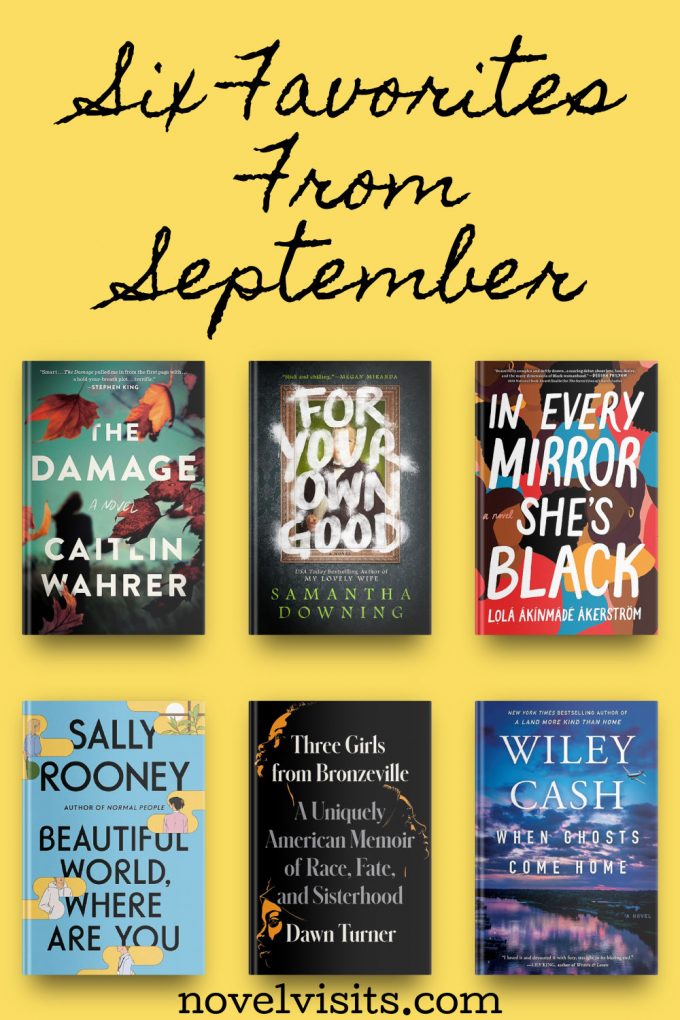