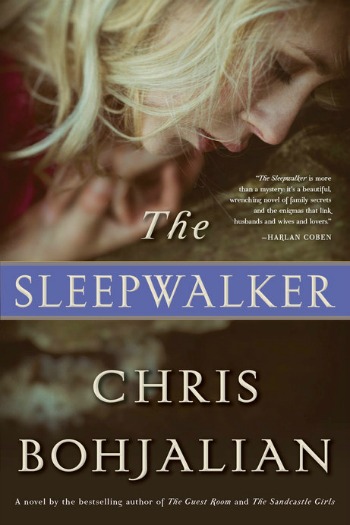 Single Sentence Summary: When Annalee Ahlberg vanishes in the middle of the night, her daughter, Lianna, is left trying to find answers.

Primary Characters: Annalee Ahlberg – from the very beginning Annalee is presumed dead. Never-the-less, this wife and mother is at the heart of the story. Lianna Ahlberg – Annalee’s 21-year old daughter on a quest to find how and why her mother has vanished. Gavin Rikert – the police detective investigating Annalee’s disappearance.

Synopsis: Annalee Ahlberg has been a sleepwalker for most of her adult life. Annalee’s sleepwalking isn’t what most of us think of as sleepwalking. Her parasomnia has put her in both bizarre and dangerous situations. Annalee’s family has long feared for her safety and as the story opens their fears have been realized. She’s vanished in the middle of the night. The only clue: a scrap of cloth from her night shirt, found snagged by a tree near the river.

Annalee’s husband and daughters, Lianna and Paige, are stunned and riddled with guilt at having been unable to protect her. Lianna cannot stop questioning herself and everyone around her. When investigating detective Gavin Rikert proves to have an unexpected connection to Annalee, Lianna grasps onto him. She needs his knowledge, is personally drawn to him, yet, doesn’t trust him. The further Lianna delves into her mother’s history, the more she doubts the people around her and the stories they tell.

Review: I’m a huge Chris Bohjalian fan. I’ve read almost all of his books and truly loved so many. Skeletons at the Feast is one of my very favorite WWII novels and Close Your Eyes, Hold Hands is an absolutely amazing coming-of-age story. So, it saddens me to say that while I enjoyed The Sleepwalker, it wasn’t one of my favorite Bohjalian books.

I was most excited to read this book because of its unusual premise, and on that front it delivered. Bohjalian did a masterful job weaving facts about parasomnia into the plotline. Every chapter began with a bit of information about sleepwalking at its riskiest. The great part was you were never quite sure whom the information was about. Annalee? Gavin? Someone else? Unfortunately, as the book progressed, I grew a little weary of the all the connections having to do with parasomnia. I think it went too far in that direction and became a little heavy-handed.

The other themes in The Sleepwalker, the mystery of Annalee’s disappearance and the unearthing of secrets, were what really drove the story. These were played out from Lianna’s perspective as she questioned the people around her. She found that everyone held secrets that potentially had to do with her missing mother. Bohjalian beautifully portrayed Lianna’s grief and longing. I particularly liked the relationship between Lianna and her much younger sister, Paige.

“We no longer looked at each other, both lost in our private yearnings for our mother – a need for her that was almost like food after days and days without eating.”

Theirs was an extremely genuine bond. I liked less the connection between Lianna and Gavin. To me it seemed a little forced. The book was always engaging, at times surprising, and never lacking in suspense. But, for me, The Sleepwalker was a book that tried a little too hard to tie all the threads together. None-the-less, I’m already looking forward to reading Chris Bohjalian’s next book! Grade: B-