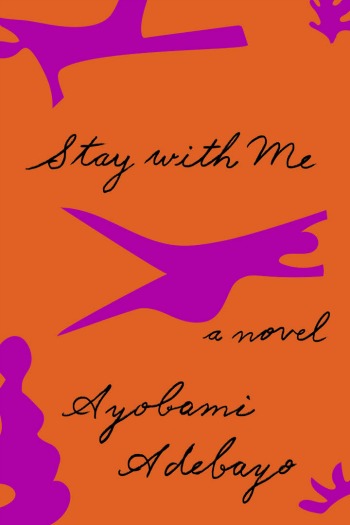 After four years of infertility, a Nigerian man is pressured to take a second wife, leaving the woman he adores devastated.

Yejide and Akin have been married since they met and fell in love at university. Though many expected Akin to take several wives, he and Yejide have always agreed: polygamy is not for them. But four years into their marriage–after consulting fertility doctors and healers, trying strange teas and unlikely cures–Yejide is still not pregnant. She assumes she still has time–until her family arrives on her doorstep with a young woman they introduce as Akin’s second wife. Furious, shocked, and livid with jealousy, Yejide knows the only way to save her marriage is to get pregnant…

A Real Life Love Story – Like so many couples the world over, Akin and Yejide met at university. They quickly fell in love and soon after married. Their love for each other was never in doubt, but also like everyone the world over, their love was tested when it was forced to live in the real world: infertility, meddling families, a second wife, resentment, anger, secrets.

“I loved Yejide from the very first moment. No doubt about that. But there are things even love con’t do. Before I got married, I believed love could do anything. I learned soon enough that it couldn’t bear the weight of four years without children.”

The practice of polygamy in Stay With Me’s Nigerian setting is foreign to me, but Adebayo did a lovely job putting it in context and bringing to life the heartache it caused for both Akin and Yejide. When a child finally entered their lives, love was no longer enough.

Secrets and Lies – I not going to give away any spoilers, but want to be clear that Stay with Me is far more than a simple love story. It’s not really the infertility that chips away at this young couple’s marriage. It’s the secrets they keep from each other and the lies they tell in protection of those secrets. They tell themselves that the secrets and lies are to shelter/save/help the other. The reader knows differently. Sadly, tragedy seems to follow this couple, and when they most need each other, Akin and Yejide are alone.

Political Elements – At various points Stay With Me ventured off into the politics of Nigeria over the 20+ years of the story. The fight for democracy, elections, etc. gave the book some context in time, but was really unnecessary to the story of Akin and Yejide. The politics didn’t add anything.

Naivety – Yejide had a bit too much for my taste. She was a college graduate and yet at times seemed to lack basic common sense.

The Final Secret – At the very, very end of the book, one last secret was revealed to Yejide. For me, it was one too many.

Stay With Me is a powerful book that unfolds slowly, and one I went back and forth on. I liked the start, but got frustrated and a little weary with the story in the middle. Near the end, the whole picture finally came into focus. It wasn’t a pretty picture, but it created a beautiful story. When everything had come to light, I felt differently about both Akin and Yejide. I cared for one more and the other less. Grade: B