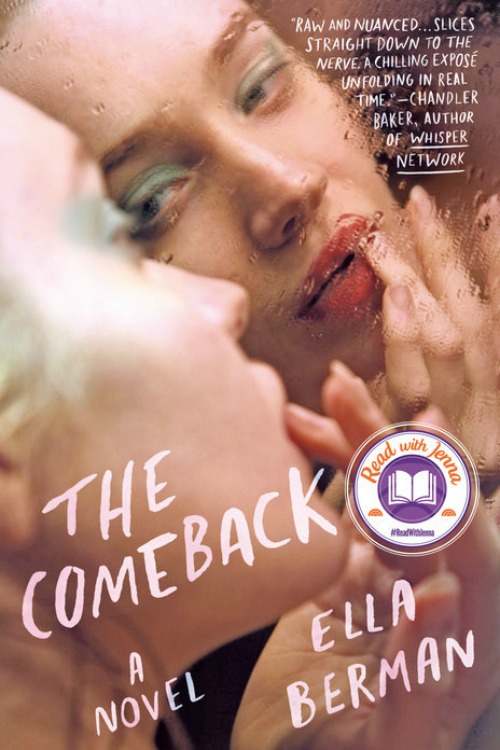 Hollywood starlet, Grace Turner has been mysteriously missing from the action for nearly a year, but when she finally resurfaces will she be able to truly explain why?

“Grace Turner was one movie away from Hollywood’s A-List. So no one understood why, at the height of her career and on the eve of her first Golden Globe nomination, she disappeared.

Now, one year later, Grace is back in Los Angeles and determined to reclaim her life on her own terms.

So when Grace is asked to present a lifetime achievement award to director Able Yorke—the man who controlled her every move for eight years—she knows there’s only one way she’ll be free of the secret that’s already taken so much from her.”

I passed on The Comeback by debut author Ella Berman when it first came out this summer. Generally, Hollywood stories aren’t my favorites, but this has been a year when the books I like have often been a surprise to me. So, when I was able to get a copy from the library, I decided to give The Comeback a try. Good call!

From start to finish, I found myself completely engrossed in the story of Grace: a young actress imported from England at 14 and made a star by the director who discovered her. As the book opens, Grace is only 22, but has completely vanished from Hollywood. For the last year she’s been hiding in plain sight at her parents’ home in Anaheim. Berman did a fabulous job building the layers of mystery surrounding what happened to Grace, and then slowly peeling them back as Grace herself began to see things differently. This book has many parallels to events that we saw in the #MeToo movement surrounding Hollywood big wigs, but interestingly, the author was already in the midst of writing this book when the stories began to break. She chose not to include the movement in her story, but instead kept the focus solely on Grace and the people in her life. It seems she made the right call, as Grace’s story was satisfying all on its own. I look forward to reading more from Ella Berman. Grade: B+

“There are an infinite number of things that are better than knowing exactly when you’re falling short of someone’s expectations and still being unable to stop it.”