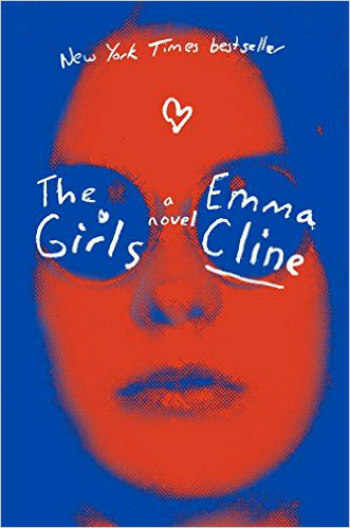 Single Sentence Summary: In the summer of 1969, a drifting teenage girl becomes obsessed with the members of a commune living on a nearby ranch and comes to both love and fear them.

Primary Characters: Evie Boyd – a 14-year old girl of privilege, with recently divorced parents, who is a little lost and vulnerable to attention from others. Suzanne Parker – an older girl in the cult-like group that that Evie becomes a part of. Evie is obsessed with Suzanne.

Review/Synopsis: Evie Boyd narrates her story in Emma Cline’s first novel, The Girls. Most of the time she tells it as the vulnerable, easily influenced 14-year old who discovers a cult-like group living near her, but also at times as a middle age woman living with regrets. The author does a wonderful job of character development in Evie. Every woman can recall being an uncertain young teenage girl, wanting to be a part of things, longing for love, and often not thinking past the moment. So, the reader easily understands how Evie is drawn to Suzanne Parker, a woman Evie first sees in town jumping into a dumpster. Despite that, Evie immediately senses Suzanne’s confidence and specialness and she is intrigued. When later Suzanne and some other women from the commune take Evie to the ranch, Evie is enthralled with everything most people would shun. The place is filthy, there is little to eat, and little to do, but Suzanne is there and Evie wants to be near her, to learn from her, to be like her. Suzanne introduces Evie to Russell, the leader of the group, whose attention all the women vie for. Drug use is the norm and it is the job of everyone on the ranch to support Russell in any way he needs. Evie is ripe for all the ranch is. “At that age, I was first and foremost, a thing to be judged, and that shifted the power in every interaction onto the other person.” Evie is asked to do things she is not comfortable doing, but her desire to belong is stronger than her desire to protect herself. More than anything, she wants to please Suzanne. That was the part of the book I enjoyed, getting to know Evie and what motivated her. The rest for me far too closely followed the Manson Family story. I felt like I was reading a fictionalized account of the real cult. There were too many parallels. In both the murders happened in the summer of 1969, both groups had moved around and lived on a ranch, in both the cult was made up of people (mainly women) following a charismatic leader, in both that leader wanted an in to the music industry, in both that dream was lost to him, and in both the leader sent others to do his bidding. The Girls was one of the most highly anticipated books of the summer. It was on many, many best book lists and maybe that was the problem. I was looking forward to it more than any book released this summer, but it just didn’t live up to the hype for me. The Girls was an interesting story and I had no trouble getting through it, I just felt like I’d been there before. Evie was original, but the rest of the story I already knew. Grade: B