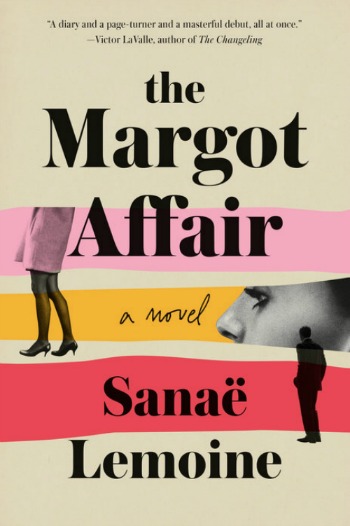 An insightful story of girl on the brink of adulthood longing to be known by her actress mother, her politician father, and the world she’s been kept a secret from her entire life.

“Margot Louve is a secret: the child of a longstanding affair between an influential French politician with presidential ambitions and a prominent stage actress. This hidden family exists in stolen moments in a small Parisian apartment on the Left Bank.

Margot, 17-years old, has had an unusual childhood. She lives with her mother, Anouk, a moderately successful actress in Paris. Her father is a politician, slowly rising up the ranks of the French government. He has another family, so Margot and Anouk have always been a secret. This has been Margot’s norm and though she’s always been aware of the strange circumstances of her existence, it hasn’t bothered her much. Then one spring day, she and her mother glimpse Madame Lapierie, her father’s wife, from a distance. This sighting, not even an encounter, sets Margot’s mind in motion, questioning the circumstances, the fairness of her life.

“We were, I realized, on the wrong side of Father’s double life.”

The Margot Affair is told by Margot herself in a very direct, matter-of-fact way with little emotion. Very earnest and easy to like, I immediately found myself drawn to Margot. She’s reached a point in her life where many things are colliding. She’s facing her last year of school, exams and decisions on what to do with her life, and now she can’t stop thinking about the “other family,” the “real family.” She begins to feel small and insignificant and because she’s a secret Margot has few people to confide in. A chance encounter with a journalist and his wife, set in motion an end to the secret that is Margot.

“I lived in a strange space, caught between the guilt of being his weakness and the desire to be everything.”

I thoroughly enjoyed this story, especially the first half where Margot never quite felt secure in her mother’s devotion to her. Sanaë Lemoine cleverly played that out in Margot hearing several stories of mothers who had lost their children. She had much to consider about her parent’s choices, own life, and her relationships with them. As Margot grew more confused and influenced by others, I felt the story slowed down a bit. However, the story all came together in an ending I truly enjoyed. If you’re a fan of coming-of-age stories or books set in Paris, put The Margot Affair on your library hold list. Grade: B

Note: I received a copy of this book from Hogarth (via NetGalley) in exchange for my honest review.