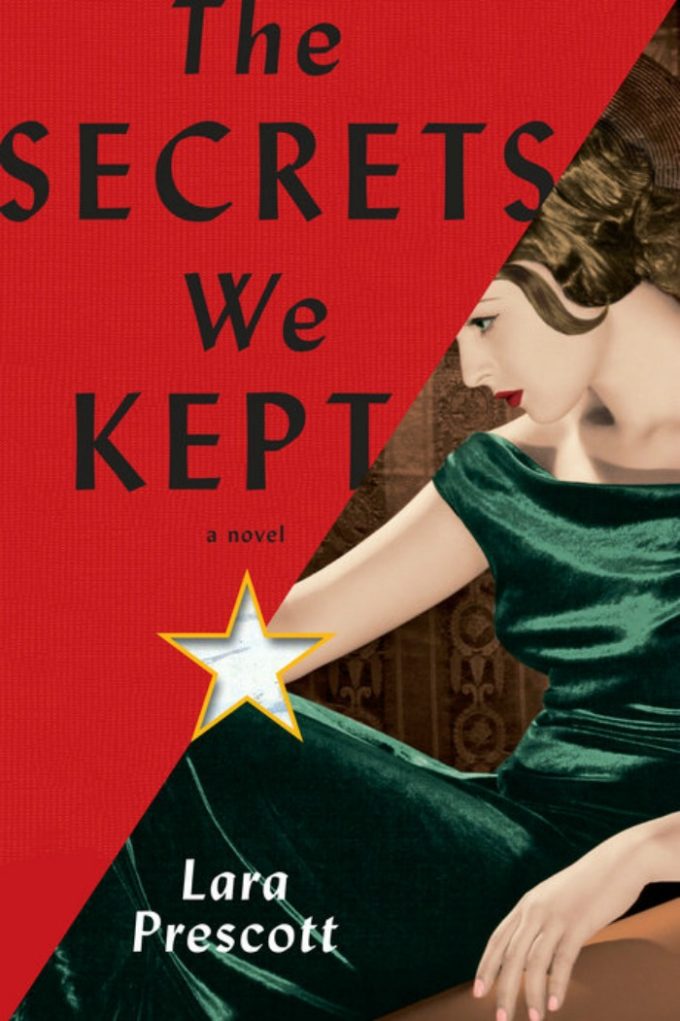 In the heart of the Cold War, three women play pivotal roles in getting Dr. Zhivago into the hands of the Soviet people.

“The Secrets We Kept combines a legendary literary love story–the decades-long affair between Pasternak and his mistress and muse, Olga Ivinskaya, who was sent to the Gulag and inspired Zhivago’s heroine, Lara–with a narrative about two women empowered to lead lives of extraordinary intrigue and risk.”

For me, The Secrets We Kept by debut author Lara Prescott is the very best sort of historical fiction – a story that is firmly entrenched in true history. The U.S. characters were fictional, but based on actual people and actual events. The Soviet characters, Boris Pasternak and his long time muse Olga Ivinskaya, were real. The events that happened throughout were based on history, with the details imagined. It all worked together so well.

I’ve not read many books dealing with the Cold War, and knew NOTHING about this particular chunk of history. I’d read and loved Dr. Zhivago as a teen, but was unaware of the struggle to first get it published in Italy, and then back into the hands of the Soviet people. It surprised me that U.S. intelligence used literature as a sort of propaganda in the conflicts with the USSR. Women’s roles in intelligence throughout the era intrigued me and made for rich characters. Finally, I found the real life relationship between Pasternak and Olga fascinating and completely new to me.

I loved the way Prescott told her story. Perspectives changed with each chapter. She told some in first person, others in third, and a few in the collective, “we.”

“We all typed, but some of us did more. We spoke no word of the work we did after we covered our typewriters each day. Unlike some of the men, we could keep our secrets.”

That and the shifting titles added huge interest. For example, Olga’s first chapter was titled The Muse, later she was The Rehabilitated Woman, and still later The Emissary. Irina, a young woman working at the CIA moved from The Applicant to The Carrier, etc. In between those titles, Prescott delivered a lot of great storytelling! I highly recommend The Secrets We Kept to fans of historical fiction, spy novel enthusiast, or just lovers of great writing. Plus, if you’ve ever read Dr. Zhivago, you’ll find the historical aspects surrounding its story fascinating. Grade: A-

Note: I received a copy of this book from Knopf (via NetGalley) in exchange for my honest review.