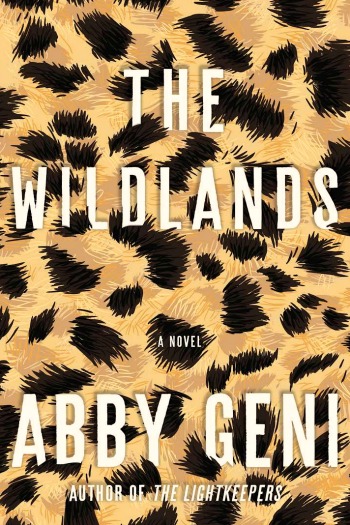 Touched by tragedy over and over again, the McCloud sisters face their biggest challenge yet: 9-year old Cora has vanished with their troubled brother, Tucker.

“When a Category Five tornado ravaged Mercy, Oklahoma, no family in the small town lost more than the McClouds. Their home and farm were instantly demolished, and orphaned siblings Darlene, Jane, and Cora made media headlines. This relentless national attention and the tornado’s aftermath caused great tension with their brother, Tucker, who soon abandoned his sisters and disappeared.”

The Writing – I thoroughly enjoyed Abby Geni’s writing in The Wildlands. I found her descriptions lovely, illustrative, but not overly done. Her knowledge of the natural world and especially of animals truly shone.

“Slowly, cautiously I swung the glow of the flashlight scanning the ground until I located the rattlesnake. It was coiled beneath a bush, too far away to strike. I watched as the creature lifted its head, it’s tongue dancing, sniffing the air. Its eyes were as glassy and unblinking as buttons. The sinewy neck was tattooed with whirls, the flesh ripplin’ and swayin’ hypnotically. The knobs of its tail shimmered.”

Cora’s Narration – From some point more than 40 years after The Wildlands ends, Cora McCloud is telling the story of the things that happened to her family. She does so from both her own perspective and from the perspective of Darlene, her oldest sister. I really liked this because by doing so, Geni gave a balanced context to the family’s story. Cora at 9 had already lived a lifetime of tragedy. She lost her mother in childbirth and her father in a tornado that also took her home. Plus the older brother she adored had runaway amidst family conflicts shortly after the tornado struck. Cora loved her two sisters, but longed for more than just getting by from day to day. When Tucker resurfaced, he offered her more. He offered a plan.

Nine year old Cora wouldn’t have understood all Darlene had sacrificed and all she went through to keep her orphaned family intact. But, Cora all grown up and with the advantage of time, could empathize with her sister and so round out the entire McCloud family story.

Tucker’s Passion – Tucker McCloud had an almost single-minded passion for animals and animal rights. Geni did a fabulous job of weaving that into The Wildlands without offering judgment either way. From Tucker I was reminded of the abuses animals have long suffered for the benefit of people. I also learned about things I’d never heard of like zoochosis, where captive animals exhibit symptoms of neurological distress such as self mutilation, excessive grooming, along with anxious tics that we might see in distressed humans such as rocking or swaying, excessively pacing back and forth, random biting, and twisting or nodding of the neck and head. (Definition from One Green Planet.) I appreciated that Tucker made me more aware of both the animals and the dangers of extremism.

Narration – I loved Carol Monda’s reading of The Wildlands. She WAS Cora, but all grown up. The tone and gravel of her voice made Cora’s story real and measured, and her pace was perfect. Monda’s reading combined with Geni’s writing made for a winning combination.

A Bit of a Stretch – The last quarter of the book had some parts that were a little out there in terms of believability. Yes, they made for some great drama, so I was willing to forgive them, but I can’t pretend I didn’t notice.

Jane – Middle sister Jane felt like a throw away character. The reader never really got to know her and she contributed almost nothing to the story. I think she either should have been left out or more fully developed.

Epilogue – As with most epilogues, it really wasn’t needed. Enough said!

Despite a couple minor flaws, I liked The Wildlands very much. It was a fascinating story of family and fanaticism, love and longing, compassion and crisis, animal instincts and the psychology of human behavior. Its audio form compelled this listener to keep going for “just one more chapter” over and over again. Grade: B+