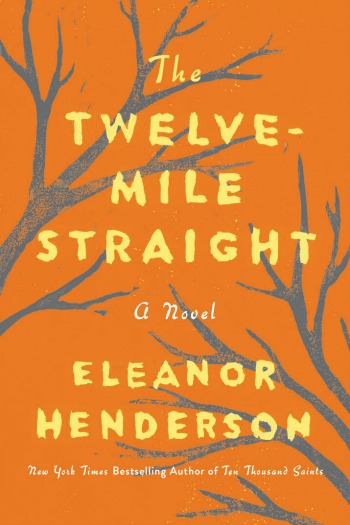 “Cotton County, Georgia, 1930: in a house full of secrets, two babies-one light-skinned, the other dark-are born to Elma Jesup, a white sharecropper’s daughter.  Accused of her rape, field hand Genus Jackson is lynched and dragged behind a truck down the Twelve-Mile Straight, the road to the nearby town. In the aftermath, the farm’s inhabitants are forced to contend with their complicity in a series of events that left a man dead and a family irrevocably fractured.”

A Story Rich in American Prejudice – I know that sounds like an awful thing to like, but prejudice was at the heart of this story and Eleanor Henderson handled it beautifully. At the very start of the book, Genus Jackson was lynched because he was believed to have fathered a child with a white woman. It’s assumed she was raped. The lynching was brutal, with many people in the community involved. Jackson’s was not the first, nor would it be the last lynching in Georgia that year. Henderson bravely used the “n” word in the context of the story and highlighted many other forms of prejudice common in that era. Prejudice almost became its own character throughout her novel.

Elma Jesup – I loved this character. Elma was a girl with the brains to do more. Sadly, as the daughter of a sharecropper she had few options. For a short time, Elma believed she’d end up the wife of Freddie Wilson, whose grandfather owned the farm her father worked. After finding herself pregnant, Elma was abandoned by Freddie, and left on the farm with a father she both feared and loved. On the night she gave birth, Elma made a terrible mistake, the repercussions of which left Jackson dead and Elma paying a lifetime of penance. Henderson’s portrait of Elma, constantly torn between truth and lies, her father and the mute servant girl she grew up with, was both vivid and gut-wrenching.

A Strange Family’s “Unholy Union” – Elma, her father, Juke, their servant, Nan, and the two babies made for a family of sorts. It was in no way a conventional family, and in fact it was a family where abuse ran rampant. The Jesup family was dominated by Juke who taught the others to fear him even as he loved them. It was twisted.

Too Much Jumping Around in Time – It may have been that I wasn’t in the best frame-of-mind to be reading a long saga like The Twelve-Mile Straight. I felt like the book moved around in time too often, and sometimes without any real need to go back, which leads me to…

Too Many Characters with Too Many Backstories – I could have done without the backstories of many of the characters, and in fact, some of the characters themselves. Of course, I want to know as much as possible about the central characters, but grew tired of hearing about characters who played a lesser role. (Did we need to know about Juke’s father?) I felt there could have been a little more editing to make a tighter, and even better, 450-page book.

I thought that The Twelve-Mile Straight was a good book, even a very good book, but for me it tried a little too hard. I think Henderson’s story wove together too many pieces, some less compelling than others. In those slower parts, I found myself drifting. However, had I been in a calmer place in my life, I may have felt differently. It’s a powerful book and definitely one worth reading. Grade: B