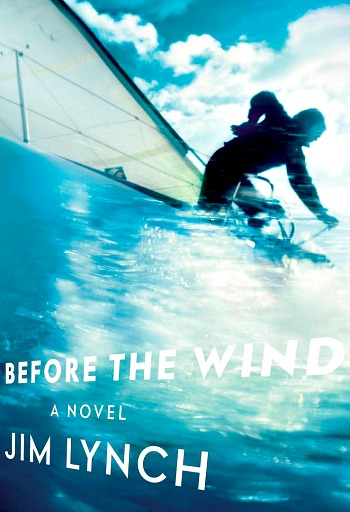 Single Sentence Summary: A family with sailing in their DNA tries to overcome their differences and reunite for one of the biggest sailing competitions in the Northwest.

Primary Characters: Joshua – the middle son in the Johannssen family, narrates this story, so everything is seen from his lens. The entire Johannssen clan, grandfather, parents and three adult children, figure prominently in the narrative.

Synopsis: Joshua, his older brother, Bernard, and his younger sister, Ruby grew up in a family that was all about sailing. Their grandfather, “Grumps” and father “Bobo” owned a boat building business, and their father was an Olympic medalist in sailing. Even their scientist mother was obsessed with the physics of sailing and wind dynamics. Growing up, the three kids developed a love/hate relationship with sailing. Their father’s constant pushing and competitiveness wore on them, but each loved the sailing itself.

Bernard and Ruby fled the Northwest almost as soon as they could (Bernard to the sea and Ruby to Africa). Their contact with Josh and the rest of the family was sporadic at best, as were visits home. Only Josh remained in the area, the mild middle child under-appreciated by his parents and much loved by Grumps. When Bobo came across a very old Johannssen built boat, he charged Josh with getting it in shape for the biggest sailing race in the area. Josh, reluctant at first, couldn’t help hoping that the Swiftsure race might be what would finally bring his siblings home.

Review: Before the Wind was a book I’d have never picked up on my own. After seeing Sarah from Sarah’s Book Shelves and Catherine from The Gilmore Guide to Books talking about how great it was, I was curious. They compared it to Commonwealth and The Boys in the Boat, two books I’m a huge fan of. Combine that with the fact that it’s set in Puget Sound, my backyard, and I had to read Before the Wind.

“ It’s not just about love but lust. Trust me, there’s something oddly carnal going on. Sailboats arouse.”

Who wouldn’t be intrigued by such creativity? Lynch also did a masterful job of putting together a very, very dysfunctional family who still had tremendous love for one another. As the child who stuck around, Josh was the perfect narrator. He was left in difficult positions: angry at his siblings for leaving, but understanding why they had to escape; resenting dealing with his crazy parents, but worried about them, too; feeling like he’s done little with his life, but liking what he does.

The entire story is built around the prospect of the family once again competing in the Swiftsure.

“(When it came to measuring your Northwest sailing penis, your number of Swiftsures was right up there with how many ocean miles you’d sailed.)”

From the past and the present the reader gets to know the Johannssens and why sailing is so central to who they are. At times, there was a little too much sailing talk for me. I found myself glossing over some of the more technical parts, but don’t feel like that detracted from the story in any way. If you love family stories, especially crazy family stories, then Before the Wind is a book you should add to your to-be-read list. If you’re into sailing, even better! Grade: A-