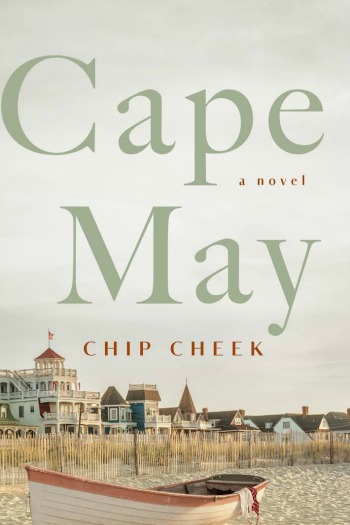 It’s 1957 when a quiet beach honeymoon turns into so much more as an innocent young couple become playmates of the rich behaving badly.

“Late September 1957. Henry and Effie, very young newlyweds from Georgia, arrive in Cape May, New Jersey, for their honeymoon only to find the town is deserted. Feeling shy of each other and isolated, they decide to cut the trip short. But before they leave, they meet a glamorous set of people who sweep them up into their drama. Clara, a beautiful socialite who feels her youth slipping away; Max, a wealthy playboy and Clara’s lover; and Alma, Max’s aloof and mysterious half-sister, to whom Henry is irresistibly drawn.”

Naiveté that Fit the Era – Cape May tells the story of Effie and Henry a very young couple on their honeymoon in a largely deserted beach town. It’s September of 1957 and the two are just as you might expect a pair of recent high school graduates from a small town to be. They know little of the world, little of themselves and even less of each other. But, they’re not afraid to explore what’s out there. Effie spent summers in Cape May and is eager to share her love of the resort town with Henry who is on his very first foray outside of Georgia. After the awkwardness of their first sexual encounter, the two venture forward with gusto and find desire is something they share. They also find that they have little to say to each other. This is a couple who got married not for great love, but because it seemed the next thing in life to do. With long empty days, the stress of being always alone nearly sends them home early, until one evening they stumble upon a raucous party right down the street. With just a little convincing, these two naïve southerners quickly find themselves swept up in a world they never could have imagined.

The Rich Behaving Badly – What’s more fun than the very wealthy throwing caution to the wind and kicking up their heels in high style? Chip Creek did this so well with his characters, Clara, Max and Alma. This little pack fills their days and nights with pitchers of gin and tonics, boating, music, dancing, games, and laughter, only sleeping when they can absolutely carry on no longer. After days of boredom and loneliness, Effie and Henry are thrilled to be included in the carefree world of their newly found friends and are quickly up to speed with the others. Even the affair going on between Clara and Max only scandalizes the two for a short time. Quiet, loner, secretive Alma, the enigma in the group, completely mesmerizes Henry. This is a whole new world for Henry and Effie and they love it! Returning to Georgia begins to look pretty dull.

Lost Innocence – As one might expect, playing hard and pitchers of G & T’s day after day can lead to some ill-advised choices. Clara and Max are accustomed to bending the rules for their own pleasure, but for Effie and Henry it’s a whole new game. I enjoyed watching the rapid dissolution of this couple’s moral compasses. With the freedom of no one looking over their shoulders combined with a vast menu of new experiences, their world naturally expanded with sometimes shocking results.

“He was at the top of a hill, where he could see his past, present, and all of his futures, and every future was real, because he had not chosen any one. He would have to choose at some point, he knew, but for now they were all arrayed before him, so present he almost felt like he could touch them.”

A Bit One Sided – Though using third-person, Chip Cheek chose to tell his story from the perspective of Henry. For me this did a disservice to Effie, whom I would have liked to know a little more about. Her changes were perhaps even more interesting than Henry’s, but as a reader I was too often left wondering what she was really thinking and why she made certain decisions. I also found her treatment at the very end of the book a little harsh and perhaps not fair.

Overall, I enjoyed Cape May very much, though there weren’t many layers to it. It was a simple story of an ill-planned vacation that turned a honeymoon awry, but it was fun to watch all the crazy goings on. I’d have liked to see the end tied up a little differently, but even with that I think Cape May will make a great light summer read for your own beach vacation. Grade: B

Note: I received a copy of this book from Celadon Books and NetGalley in exchange for my honest review.