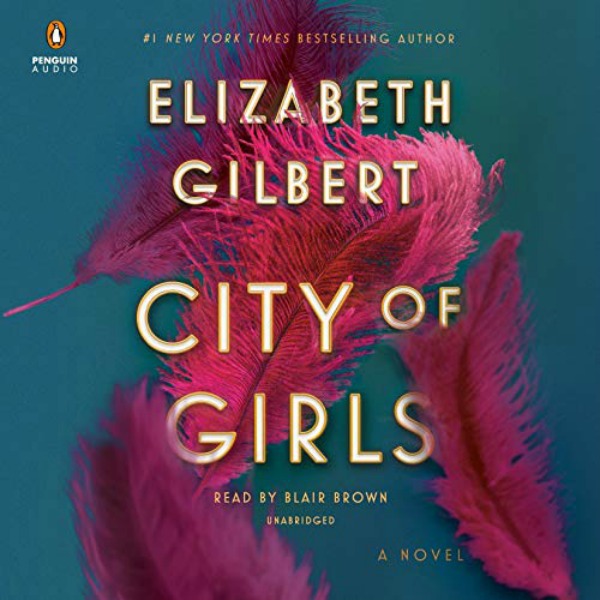 A woman who arrived in New York as an innocent 19-year old and left in shame less than a year later looks back on her life with the perspective of nearly 90 years.

“In 1940, 19-year-old Vivian Morris has just been kicked out of Vassar College, owing to her lackluster freshman-year performance. Her affluent parents send her to Manhattan to live with her Aunt Peg, who owns a flamboyant, crumbling midtown theater called the Lily Playhouse. There Vivian is introduced to an entire cosmos of unconventional and charismatic characters, from the fun-chasing showgirls to a sexy male actor, a grand-dame actress, a lady-killer writer, and no-nonsense stage manager. But when Vivian makes a personal mistake that results in professional scandal, it turns her new world upside down in ways that it will take her years to fully understand. “

I grew up in a family very involved in theater. Many of my cousins and siblings appeared in local musicals and my cousin, Paula, went on to Broadway shows including Annie and Cats. I loved watching all their shows and I still enjoy Broadway musicals, but I had absolutely no desire to read City of Girls, the story of a young woman and her time with a ragtag theater group in the early 40’s. I’m not sure why theater books rarely appeal to me, but they just don’t. Then I started hearing so much great buzz about City of Girls that I just couldn’t ignore it any longer and decided to make it my next audiobook.

This is the story of Vivian Morris who came to New York after dropping out of Vassar and was to be looked after by her Aunt Peg, the owner of a down and out theater group. The theater itself, the actors, the showgirls all provided Vivian’s true education. She discovered the joys of sex, freedom, friendship, partying and, as a gifted seamstress, played a vital role in something that mattered to her. As many young women have done, Vivian made a mistake that upended the life she’d begun to construct for herself.

At 89, Vivian herself tells the story of City of Girls to an unknown person named Angela. Until the later part of the book, the reader doesn’t know who Angela is or how she fits in Vivian’s story. The curiosity created by that unknown really worked. I also appreciated Vivian’s take on the world that turned out to be light years ahead of her time. The theater, Vivian’s stepping off point, was only the beginning. She lived an interesting life that was fun to hear about. I admired her strength and the strength of the women she surrounded herself with.

Where the book fell down a little for me was in in the historical fiction aspect, which I felt was weak and often more of an afterthought. I found the first third of the book a little campy, a little vapid. Too many scenes felt like clichés of something you’d see in a movie from the 40’s or 50’s. Those things either corrected themselves or I just became more fully enmeshed in the story because I didn’t feel that way in the later parts. The resolution of Angela’s identity might have been a bit of a stretch, but I loved the way Vivian told her story to Angela. If you enjoy lighter historical fiction, love Broadway stories, or are simply a fan of strong women you should definitely give City of Girls a try this summer. Grade: B

Narration: I though Blair Brown did a terrific job narrating the entire life of Vivian Morris. Her pacing was good, emotions well done, dialogues easy to follow, and her voice was pleasant to listen to. Grade: A-