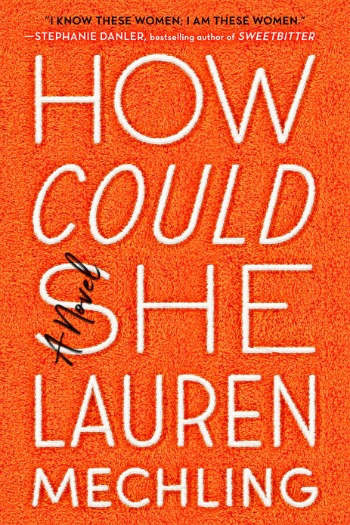 Close friends or secret enemies? That’s what Geraldine, Sunny and Rachel contemplate as they navigate their way through shifting careers and changing relationships.

“After a devastating break-up with her fiancé, Geraldine is struggling to get her life back on track in Toronto. Her two old friends, Sunny and Rachel, left ages ago for New York, where they’ve landed good jobs, handsome husbands, and unfairly glamorous lives (or at least so it appears to Geraldine). Sick of watching from the sidelines, Geraldine decides to force the universe to give her the big break she knows she deserves, and moves to New York City.”

Geraldine, Sunny and Rachel first met in their early twenties when they all worked for the same magazine in Toronto. Geraldine was close to both, while Sunny and Rachel tolerated each other. As the world of print media shrank, Sunny and Rachel eventually shifted to NYC, ending up at the same publication. Geraldine longed for the excitement of New York and after pulling herself together following a horrible break up she finally made the move herself.

How Could She had two themes running through the story: the first, the dying field of print media and its impact on each of the friends and the second, the complicated relationships between the three thirty-something women. The better of the two by far was the thorny and ever shifting female friendships. Geraldine had always been the lynch pin between down-to-earth Rachel and the more glamorous Sunny, and that often was not an easy place to be.

“In her meaner moments, Geraldine thought of her two friends’ relationships as akin to that of a chambermaid and a VIP guest at a grand hotel.”

As Geraldine made the move to NYC, she found that frenemies Rachel and Sunny were suddenly spending a lot of time together…without her. I loved the shifting dynamics between the three women and how they all needed each other, yet pushed away. Rachel was needy, Geraldine fragile, and Sunny aloof. Their struggles with lives that weren’t quite living up to their own expectations and the efforts to be present for one another had a razor-sharp edge to them. Bravo Lauren Mechling!

“Geraldine and Rachel just stood there, still and cruel. “What is wrong with us?” Sunny cried into her palms. “Are we ever going to get to a point where we can just be? Where we’re not a group of women bearing grudges and sizing ourselves up against one another?”

You have to appreciate a writer who so thoroughly gets women and the power of female friendship at its worst and its best. Though the media side of How Could She sometimes felt a little slow, the friendship side shone and for that How Could She is a book worth adding to your summer reading list. Grade: B+

“Sylvie didn’t understand. It would be another ten years at least until Sylvie realized that the mediocre, imperfect people she’d happened to align herself with would end up being more significant to her than she could possibly fathom.”

Note: I received a copy of this book from Viking (via NetGalley) in exchange for my honest review.