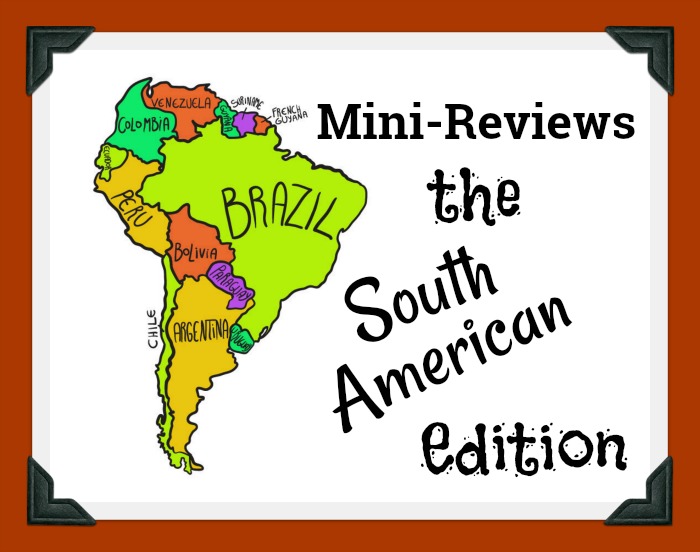 The books in today’s mini-reviews couldn’t be more different, but they do have a few key elements in common. Both were written by South American writers. Isabel Allende was born in Peru and is a Chilean-American. Martha Batalha is from Brazil, and also now lives in the U.S. Her book takes place in Brazil, and while Allende’s takes place in New York, many times its storyline travels to Chile, Brazil and a little north to Guatemala. So, “The South American Edition” was born!

From the Publisher: “…three very different people are brought together in a mesmerizing story that moves from present-day Brooklyn to Guatemala in the recent past to 1970s Chile and Brazil, sparking the beginning of a long overdue love story…”

My Thoughts: I wasn’t immediately captivated by In the Midst of Winter, but Isabel Allende’s wonderful writing compelled me to keep going. She is a storyteller at it’s finest and in this book she paints the three main characters so vividly that I quickly became engrossed in their stories.  Richard Bowmaster, 60 and an NYU professor, lives a rigid life of penance for a past he grieves over.  He’s a pessimist, a slave to routines, and a constant worrier. Lucia Maraz, 62 and a visiting professor at NYU, just happens to be renting a dismal apartment in Richard’s basement. This Chilean woman is a fireball! She’s an optimistic free-spirit who lives in the moment. The push and pull between these two opposites only gets stronger as they unite to help Evelyn Ortega, a young woman from Guatemala who Richard rear-ends during a huge snow storm. Evelyn later shows up at Richards door, frightened and unable to fully communicate why. He enlists Lucia to help and the three are quickly entangled in an unlikely quest.

As the story progresses Allende takes the reader to each characters’ past and the ghosts that haunt them. Richard spent his 20’s and 30’s in Brazil where life didn’t unfold quite the way he’d planned. Both Evelyn and Lucia fled their home countries, but their journeys were very different. At first I wasn’t won over by the trips to the past, but by the middle of the book it was clear just how important each character’s past was in shaping them. It was these very pasts that drove Evelyn, Lucia and Richard to do the things they did in the midst of a snowy winter.

In the Midst of Winter is definitely one of those books that gets better and better as it moves along. I’m so happy I stayed with the book because by the end I was thoroughly engaged. Allende did a beautiful job of weaving her characters’ lives together. Her latest book was truly a joy to read. Grade: B+

Note: I received copies of this book from the publisher (via NetGalley)  in exchange for my honest thoughts. 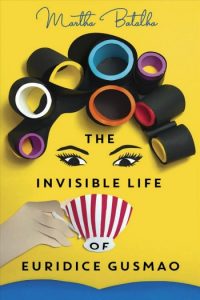 From the Publisher: “Euridice is young, bright and ambitious. A talented musician, she dreams only of fame and fortune. But this is Rio de Janeiro in the 1940s, and the one thing society expects of its women: to be loving wives and mothers. So when her rebellious sister Guida elopes, breaking her parents’ hearts, Euridice sacrifices her own aspirations to marry conventional Antenor, spending her days ironing his shirts and removing the lumps of onion from his food.”

My Thoughts: What a fun story! Martha Batalha takes us to Rio in the 40’s and into the life of young, talented, brilliant Euridice Gusmao. It’s a time and a world where women, and especially girls, were relegated to narrow lanes with few opportunities to strike out on their own paths. Euridice tries to follow her musical dreams, but her parents see no reason for a girl to pursue a career. Instead, Euridice finds herself married and a mother. She’s the very definition of a bored housewife.

As the story unfolds the reader is treated to Euridice’s many attempts to make something more of her life. We get to know her family, her neighbors, the area she lives in, but most of all we get to know her. Euridice is a character you won’t soon forget. Her indomitable spirit shone brightly, even as her family constantly sought to squash it.

“They all held the conviction that Euridice was only to be taken seriously when announcing that dinner was ready or that it was time to wake up for school. Her projects were confined to the universe of her house. Or perhaps the neighborhood, if the project in question was making cheese sandwiches for a birthday party.”

I loved the way debut author Martha Gusmao told Euridice’s story in an almost vignette style and that she wove different characters in and out of Euridice’s life. Her characterization was rich and vivid, making her novel a pleasure to read. I highly recommend this fun, fabulous, fast read! Grade: B+

If you liked these books you might also enjoy: