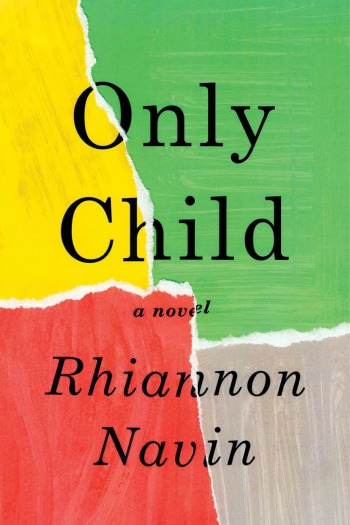 Six-year old Zach survives a mass school shooting that takes his brother’s life and in many ways takes his parents, too.

”Squeezed into a coat closet with his classmates and teacher, first grader Zach Taylor can hear gunshots ringing through the halls of his school. A gunman has entered the building, taking nineteen lives and irrevocably changing the very fabric of this close-knit community. While Zach’s mother pursues a quest for justice against the shooter’s parents, holding them responsible for their son’s actions, Zach retreats into his super-secret hideout and loses himself in a world of books and art.”

I found Only Child to be a really interesting book for me in that the very elements I liked about it, I also didn’t like. Rhiannon Navin’s debut turned out to be a weird dichotamy that I find myself unable to review in my usual format. Instead, I’m going to consider Only Child through an examination of my feelings about each of the three central characters.

What Worked For Me AND What Didn’t

Zach – Only Child opens with 6-year old Zach and his classmates hiding in a closet with his first-grade teacher. From somewhere else in the school, he hears the continual “POP POP POP” of a gun being fired. Zach is the sole narrator of Only Child, so everything the reader learns and feels comes form Zach. For most of the book this really worked for me. My heart broke for Zach over and over again. Navin’s writing of a 6-year old’s terror and confusion felt real and almost brilliant. It was an emotional journey knowing Zach’s thoughts as he saw fallen bodies when finally leaving the school, his relief at finally finding his mother, his shock at learning his brother was dead, and his confusion over his own grief.

When the book was focused on Zach, what he felt, saw, and did, I loved it, but in the second half Zach was doing a lot more interpreting of motives for the adults around him. With more of the focus on his parents, I began to like Zach’s narration less and less. Navin also used “Magic Tree House” books as a way for Zach to make sense of his world and for me this grew tiresome.

Mom – Of course, anyone would understand the massive grief that would come with losing a child to a gunman and I think Navin portrayed it very well.

“Mommy got changed into a different person at the hospital. She came home after three sleeps and she looked different and acted different, too.”

Eventually, Mom’s grief led her on a quest for justice and revenge. While this was much more difficult to watch than her raw devastation, it still felt real. Certainly, calls to action would be in order. It was a way for her to focus her grief somewhere else. What I found so much more difficult to understand was Zach’s mother’s almost complete disregard for the child she had left. Zach was 6. He survived a horrific school shooting. He was confused. Yet for most of the book his mother barely acknowledged Zach or what he’d been through. He was simply in the way, a part of her life she didn’t have the strength to deal with. By the middle of the book, my compassion for her completely gave out, replaced by anger and frustration.

Dad – Like Mom, the initial shock of losing a child in such a violent way left Dad reeling. On the very night Andy was killed it was just Zach and his father at home and all Dad could offer Zach was a bowl of cereal and off to bed. I was horrified. No one bothered to ask Zach what it had been like for him, if he was still scared, how he felt knowing Andy had died. My god, he was six! Where were the hugs and kisses? I initially hated Dad, but as the story progressed, he slowly grew on me because he began to wake up and see the child he still had. These were some of my favorite parts of Only Child.

In the end, I liked more about Only Child than I didn’t like, but it was a tough book to read. For me what made it so difficult was not what I’d expected; it wasn’t the violence of the school shooting that left Zach an only child, instead it was his parents. In their grief over losing one son, they largely abandoned the other. I found myself hurting and angry for Zach as he tried to work through his own grief and navigate his parents’. It’s not a journey a child should be taking alone, yet I always appreciated how Navin kept Zach as the heart of her story. Grade: B-