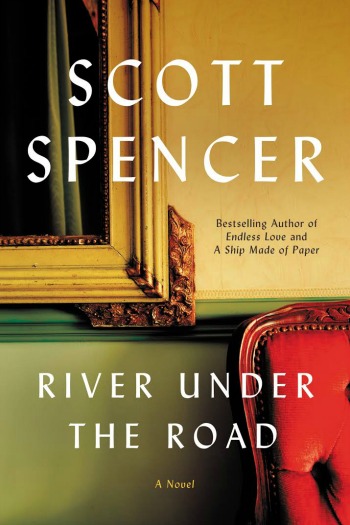 Single Sentence Summary: Over a span of more than 20 years, the lives of two couples become intertwined even as each searches for love, art, money and respect.

Primary Characters: Thaddeus and Grace Kaufman – Thaddeus grew up in a comfortable middle-class home and dreamed of becoming a serious writer. He met Grace when she was selling her drawings at a street fair in Chicago. The two soon moved to NYC where they later wed. Jennings Stratton and Muriel Sanchez – Jennings’s father was the caretaker of a large estate where Jennings grew up. He was aimless, floating from place to place until he met Muriel, a dreamy, free-spirit of a woman. He brought her back to the estate and the two moved in with his father.

From the Publisher: Thirteen parties over the course of two decades-an opium infused barbeque, a reception for a doomed presidential candidate, a fund-raiser for a blind child who speaks in tongues, a visit to one of New York’s fabled sex clubs-brilliantly reveal the lives of two couples, one hoping to be admitted to the kingdom of Art, the other hoping for a small share of the American dream, both driven by forces of history they rarely perceive or acknowledge.

Review: Every chapter in River Under the Road begins with an invitation to a party. The first invitation is to a farewell brunch for Thaddeus. The party introduces the reader to Thaddeus and Grace with the chapter also covering their meeting, their plans for the future and more. In this way all twelve chapters in River Under the Road proceed, starting in 1976 and moving to 1990. From party to party, Scott Spencer tells the story of these two couples whose lives first intersect in the sixth chapter. Thaddeus and Grace buy the Hudson Valley estate where Jennings grew up, the son of its caretaker. Jennings and a pregnant Muriel are once again living there.

Theirs is a tenuous relationship. With little in common, the couples circle each other with attraction and jealousy on all parts. No one is quite happy with themselves, their partners, or their lives. Thaddeus and Grace appear to finally have it all, but they never quite belong in the world they’ve come to inhabit.

“He was being shunned by the right people, by the people who embodied the New York he had long dreamed of, full of ease and privilege and high spirits.”

Jennings and Muriel are at home in the town where he grew up, but they’re still living in his boyhood home. He’s quickly slipping into the life of his father. The tension grew as the story unfolded and yet I grew a bit weary of these four and their dissatisfaction. Their common lack of inertia was frustrating.

For me, the best part of River Under the Road was Scott Spencer’s writing. Many lesser characters occupied the pages of this novel and in those Spencer created iconic caricatures, almost mocking them. I loved it! There was Kip, who introduced Thaddeus and Grace to some of the pleasures of 1976 NYC including a swingers club. Gene was their wealthy friend, who loved Thaddeus and Grace until they too had money and moved into his territory. One-hit-wonder, Buddy Klein, keeps popping up at parties, each time more and more a shell of a man. While watching Thaddeus, Grace, Jennings and Muriel grapple to find their own piece of the pie, it was the richness of Spencer’s characters that put a smile on my face and made River Under the Road a book well worth reading. Grade: B