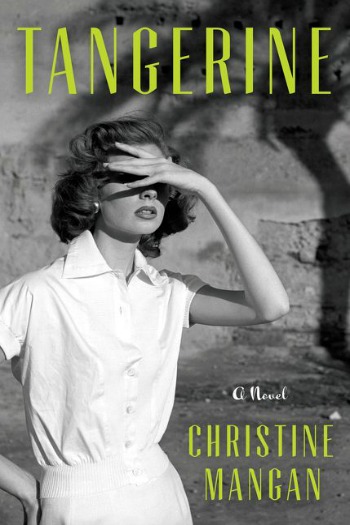 Alice and Lucy, roommates in college share a dark past, and when they meet again in Tangier their secrets slowly begin to resurface.

“The last person Alice Shipley expected to see since arriving in Tangier with her new husband was Lucy Mason. After the accident at Bennington, the two friends—once inseparable roommates—haven’t spoken in over a year. But there Lucy was, trying to make things right and return to their old rhythms. Perhaps Alice should be happy. She has not adjusted to life in Morocco, too afraid to venture out into the bustling medinas and oppressive heat. Lucy—always fearless and independent—helps Alice emerge from her flat and explore the country.”

Dual Narration – Alternating narrators is one of my favorite literary devices and debut author Christine Mangan used it beautifully, creating an aura of mystery and a sense of doubt that kept me guessing. In the book’s epilogue, Alice begins telling her story from a hospital in Spain. She’s recalling a woman she both wants to remember and forget. That woman is Lucy who arrives on Alice’s doorstep in Tangier completely unannounced. Her arrival is as welcome as it is unwelcome, for these two women share a dark history that both are hinting at.

“And so there were days when I never wanted to part from her, when I felt that my whole being depended upon my close connection with her. And there were days when I hated her, resenting myself, resenting her for this reliance, this symbiotic relationship that we had formed – though on the darkest days I wondered whether it really was, whether there was anything that I had to offer her, and whether what she offered me wasn’t more a crutch than a benefit.“

As they move through their days and nights in Tangier, the mystery of what happened during their senior year of college is slowly revealed…from both perspectives. Neither narrator is particularly reliable. Alice, confused, timid, and vulnerable sees the world through the fog of her own mind; Lucy sees it only as she wants it to be, willing to get there by any means possible.

Growing Darkness – As you might have already guessed, Lucy is one dark woman. Initially, I found myself drawn to her gumption and fearlessness. She was willing to spend every last penny she had and travel halfway around the world to go after what she wanted. She wasn’t put off by being alone in a strange land or by John, Alice’s husband, who clearly wanted her gone. As Tangerine progressed, more and more of Lucy emerged. She was oh so good at putting herself first, no matter the collateral damage.

Secrets – Tangerine revolves around two big secrets. The first is glimpsed in that epilogue where we meet Alice in the hospital. Questions immediately arise. Why is she there? What happened in Tangier? Where is her husband? What role did Lucy play? Each chapter of the book takes you closer and closer to understanding. From the start, Alice and Lucy both allude to the second secret: tragedy at Bennington College. When it finally became clear I found myself questioning the sanity of both women.

Central Casting – The primary characters in Tangerine, Alice, Lucy and John, all felt like they were straight out of central casting. Each was a type, a very usual type. Not one of them ever varied from that type. I wish there had been more of a surprise element in how their individual stories were resolved. It would have been nice to see something a little different, rather than well-established, pat characters. I think it will be very interesting to see what Hollywood does with Mangan’s characters.

Slow and Languid – Alice’s narration in particular fell on the slow side and I found myself drifting a bit in her parts.

Tangerine is the latest of several noir style books (see those below) that have come out this year, and for me it ranks about the same as the rest, not a knockout, but very good. The trip to Tangier in 1956 was fun and the story easy to read. I was always eager to get back to the story and find out what had happened to Alice and how she ended up in that Spanish hospital. Had the characters been a little less expected, a little more memorable, it easily would have risen higher in my esteem. Grade: B