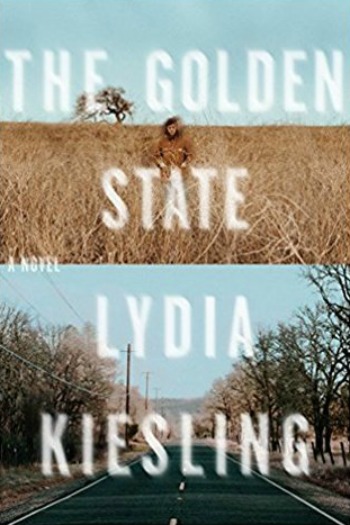 A series of missteps have rendered Daphne a single-mother to a young toddler, but after holding it together for months, Daphne suddenly finds she just can’t do it all any longer.

“In Lydia Kiesling’s razor-sharp debut novel, The Golden State, we accompany Daphne, a young mother on the edge of a breakdown, as she flees her sensible but strained life in San Francisco for the high desert of Altavista with her toddler, Honey. Bucking under the weight of being a single parent—her Turkish husband is unable to return to the United States because of a “processing error”—Daphne takes refuge in a mobile home left to her by her grandparents in hopes that the quiet will bring clarity.”

Kiesling Nailed New Motherhood – The Golden State is Daphne’s story and one of the many things you should know about Daphne is that she’s the mother of a 16-month old. She adores her daughter, Honey, but she’s also been going it completely alone for the last 8 months. Kiesling got all that right, weaving Daphne’s story together beautifully, but what stood out to me was how right she got motherhood. That back-and-forth between overwhelming delight in her child and the mind-numbing boredom and monotony of parenting a toddler was SO real. Daphne marked her days with times and even after doing what seemed like a huge amount, little time had passed. She couldn’t wait for Honey to go down for a nap, yet an hour later she found herself tempted to wake her child. Haven’t we all been there? I loved that Kiesling included so many first-time-mom woes like not being able to properly attach a rear-facing car seat, and worrying about just how many cheese sticks are too many.

Tangled Communications – Daphne is an extremely smart woman who finds herself alone after her Turkish husband, Elgin, has his Green Card revoked. The tangle of paperwork seems endless and during that he’s back in Turkey and she’s in the U.S. trying to handle everything AND keep him involved in Honey’s life and alive in her own heart. They communicate daily via Skype, which Daphne keenly observes is both a blessing and a curse.

“Maybe the thing really is that now we have these tools there’s the expectation that you will always be in touch. Overseas we called my grandparents every two weeks and we wrote letters and that was it and it was just easier than doing this Skype dance with all its awful reminders that the person you want to be here is not here. But Honey has to see her father’s face as much as she can while he’s not there, I think, and start crying, and I’m proud of myself because I think it’s been about two days since the last time I cried”

Raw Emotion – As you can see from the end of the above quote, Daphne is a woman at an emotional crossroads in her life. She knows something has to change, but no path she can see is clear and that anguish comes through beautifully in her story. Daphne’s a mess, as she should be. Life decisions are hard, especially when you feel alone. In fleeing to the comfort of the high-desert mobile home her grandparents once owned, Daphne is hoping somehow, beyond all logic, she’ll finally be able to make a decision. She’s long been burdened with the weight of not only her own life, but Honey’s and Elgin’s resting squarely on her shoulders. I felt Kiesling portrayed Daphne’s sorrow and pain in ways that were always real and sometimes unexpected.

A Different Sort of Writing Style – Lydia Kiesling’s style of writing took some getting used to. She tends to write very, very long sentences and can be sparse on the use of commas. More than once I needed to go back and reread to make sure I’d captured the full meaning from such a sentence. I was particularly distracted by commas not being used to separate items in a series, which happened too often. On the positive punctuation side, she did use quotation marks! At times, I also found her writing a little on the pretentious side, using pharasing that would have benefited from more simplicity.

The Golden State was the first book I read from my Fall Preview 2018, so it had some big expectations to live up to. I was hoping for a fresh take on motherhood amidst a distinct California setting and that’s exactly what I got. Kiesling’s powerful story of isolation, loneliness, and hope far outweighed its few flaws. I consider The Golden State a fabulous kickoff to my fall reading and will look forward to more from this debut author. Grade: B

Note: I received a copy of this book from MCD Books (via NetGalley) in exchange for my honest review.