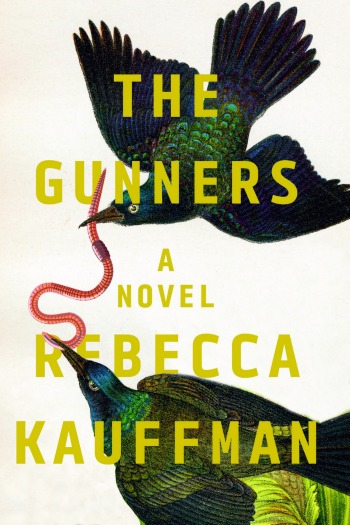 Friendships change over time, but as “The Gunners” reunite for the funeral of one of their own will they be able to understand why their’s abruptly ended when they needed each other most?

“…Mikey Callahan, a thirty-year-old who is suffering from the clouded vision of macular degeneration. He struggles to establish human connections―even his emotional life is a blur.
As the novel begins, he is reconnecting with “The Gunners,” his group of childhood friends, after one of their members has committed suicide.”

The Main Character – For me, Mikey Callahan proved to be one of the most likeable characters I’ve read in a very long time. A man in his late thirties, Mikey would be an anomaly in today’s world. He’d never ventured far from home, living just a few miles from where he grew up. He’d worked the same job since just after high school and he’d never been in a real relationship. In fact, Mikey had very little love in his life. His mom left before Mikey ever knew her, and he never felt like his father loved him.

“I like her better. Mikey thought these words over and over, not just about his father, but at him, lobbing the words through the space between them like darts and hoping that, even though he didn’t dare speak these sentiments aloud, they would reach his father and hurt him bad.”

And yet, Mikey dutifully visited his father each week. That and so much more made Mikey a character who was just a little off, but so endearing. The mix of nerves and excitement Mikey felt about being reunited with his friends, the only people he’d ever felt loved him, made me ache for him. Added to everything, Mikey’s world grew smaller and smaller as his eyesight failed him.

The Story’s Layout – Using a dual timeline, Rebecca Kauffman, introduced us to the six neighborhood friends who named themselves “The Gunners.” While revealing how their friendship began, she slowly revealed the mysteries of what led to its painful ending, and to Sally’s suicide. Mikey knew the least and perhaps hurt the most, but no one had all the answers. Kauffman wove the pieces of her story together seamlessly, slowly revealing each of the friends’ personalities, foibles, and secrets. I found it a pleasure getting to know these six unique individuals both as children and adults.

That Writing – It’s hard to describe Rebecca Kauffman’s writing. I want to say gorgeous, but that’s not quite it. Illustrative? Maybe. Powerful? Surely. Moving? Yes, that might be best. I was moved by Kauffman’s story and the way she put her words together to reveal the vulnerabilities in all her characters, most especially Mikey.

“He also started to catalog images, colors, memories, and he created associations that would make sense to him when—if—he lost his sight. The color red = the smell of cinnamon. Blue = fingers under running water. White = the taste of cream. A full moon is Chopin’s Nocturne, Opus 9, No. 2. The first snowfall looks exactly like the way sugar tastes. A tree-lined street with lampposts is Phillip Glass’s “Metamorphosis One.”

Everything about The Gunners worked for me.

It’s rare that I read a book that I can find no flaws in, but The Gunners was just that. Stories of friendship abound, and yet Rebecca Kauffman’s feels new. My notes from the end of the the book sum it up perfectly, “I loved it! Just a beautiful story of lifelong friends.” Grade: A

Note: I received a copy of this book from the publisher, Counterpoint Press, in exchange for my honest review.