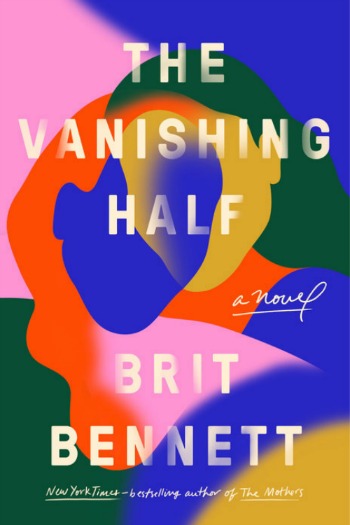 Black twin sisters flee their small, insular southern town in search of something more, something different; one returns, while the other seems to vanish.

“The Vignes twin sisters will always be identical. But after growing up together in a small, southern black community and running away at age sixteen, it’s not just the shape of their daily lives that is different as adults, it’s everything: their families, their communities, their racial identities. Many years later, one sister lives with her black daughter in the same southern town she once tried to escape. The other secretly passes for white, and her white husband knows nothing of her past…”

The Vignes twins, Desiree and Stella, grew up in a small southern community called Mallard. The town had been founded many years ago by a light-skinned Black man, the son of a man who once owned him. Mallard was a special place, a place for people like him: not quite white, but definitely not dark-skinned. It was a town of prejudice when it came to those with darker skin. The twins fled in 1954 when they were just 16-years old. Each left for different reasons, but both felt stifled in Mallard and neither wanted the life of their mother who spent her days working in the homes of nearby, wealthy white women.

The sisters and their stories soon diverge, and that is the real story of The Vanishing Half. Desiree defies expectations marrying a a dark-skinned Black man, has a dark-skinned daughter, Jude, but eventually returns to Mallard. Stella vanishes, passing as white and moving into a whole other life though never without the fear of being found out. She too has a daughter, Kennedy. Like The Mothers, Brit Bennett’s incredible debut, The Vanishing Half is a story of relationships: the relationships of these four women and the choices they make in life. And, like in The Mothers, Bennett combines a compelling narrative with absolutely gorgeous writing.

“But they never returned again. Instead, after a year, the twins scattered, their lives splitting as evenly as their shared egg. Stella became white and Desiree married the darkest man she could find.”

“People thought that being one of a kind made you special. No, it just made you lonely. What was special was belonging with someone else.”

“Whenever they hung up, Jude always felt a little guilty knowing that the life she most feared was the one her mother as already living.”

“Her death hit in waves. Not a flood, but water lapping steadily at her ankles.
You could drown in two inches of water. Maybe grief was the same.”

With that kind of writing bringing to life the individual journeys of Desiree, Stella, Jude and Kennedy, I was completely captivated. In this time when those of us with white privilege must find paths to greater understanding The Vanishing Half shines a light on aspects of being Black that I, for one, had not considered. It’s the whole package and sure to be one of my favorite books of 2020. Grade: A

Note: I received a copy of this book from Riverhead Books (via Edelweiss) in exchange for my honest review.