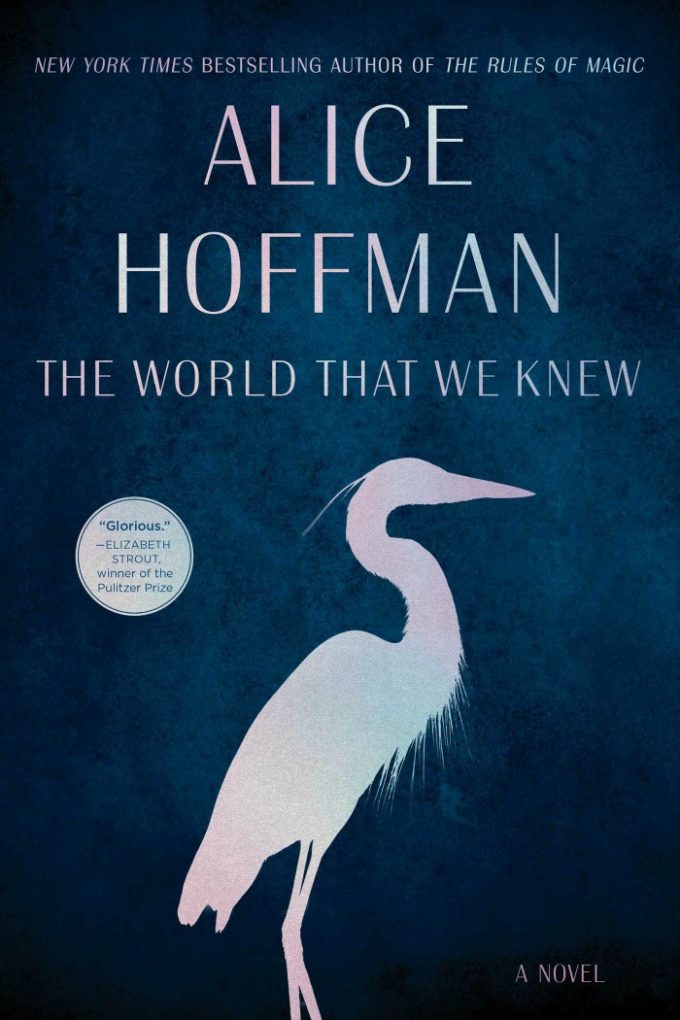 An intricate story of people not only trying to survive WWII, but also put up resistance in the French countryside, all with a touch of Alice Hoffman’s signature magic.

“In Berlin, at the time when the world changed, Hanni Kohn knows she must send her twelve-year-old daughter away to save her from the Nazi regime. She finds her way to a renowned rabbi, but it’s his daughter, Ettie, who offers hope of salvation when she creates a mystical Jewish creature, a rare and unusual golem, who is sworn to protect Lea. Once Ava is brought to life, she and Lea and Ettie become eternally entwined, their paths fated to cross, their fortunes linked…”

Over the years I’ve read many WWII stories, so it’s became really difficult to find new ones that feel fresh, but that’s exactly what I got with Alice Hoffman’s new book, The World That We Knew. Unlike many WWII stories, this is not about battles or camps, or even about Nazis. Those things are all there in the background, but The World That We Knew is really a story about relationships. Many characters whose lives intersect in different ways populate the book and those overlapping connections were what I most enjoyed.

At the onset of the book we meet Hanni, a German Jew determined to protect her daughter at all cost. She enlists the help of a Rabbi’s daughter, Ettie, to create a golem to protect Lea. This creature, Ava, does her job well, but is somehow more than anyone expected. Ava, Ettie, and Lea are at the heart of Hoffman’s story, but many others play key roles as the three travel to France and once there, fight to not only survive, but to resist. I loved this look at simple warriors in the French Resistance. Hoffman did a beautiful job juxtaposing the harshness of war with the motivation of love.

One touch and he changed her. This was the way dark enchantments worked, without logic, without cause. You are one thing and then the world pitches and you are something else entirely. A bitter fear was rising in Lea. Without knowing anything about what men and women did, she knew what came next. She’d felt it when he touched her. Ownership and desire.

As in all Alice Hoffman books, The World That We Knew, was populated with magical elements, starting with Ava. I really liked Ava, the idea of her being a golem created to protect a child, and the evolution she went through throughout the story. However, Hoffman included other magical elements that I felt detracted a bit from the larger story, even though they often were key to her story. I’d have liked to see a little less of the magical, but overall very much liked The World That We Knew. Grade: B+

Note: I received a copy of this book from Simon & Schuster (via NetGalley) in exchange for my honest review. Thank you!