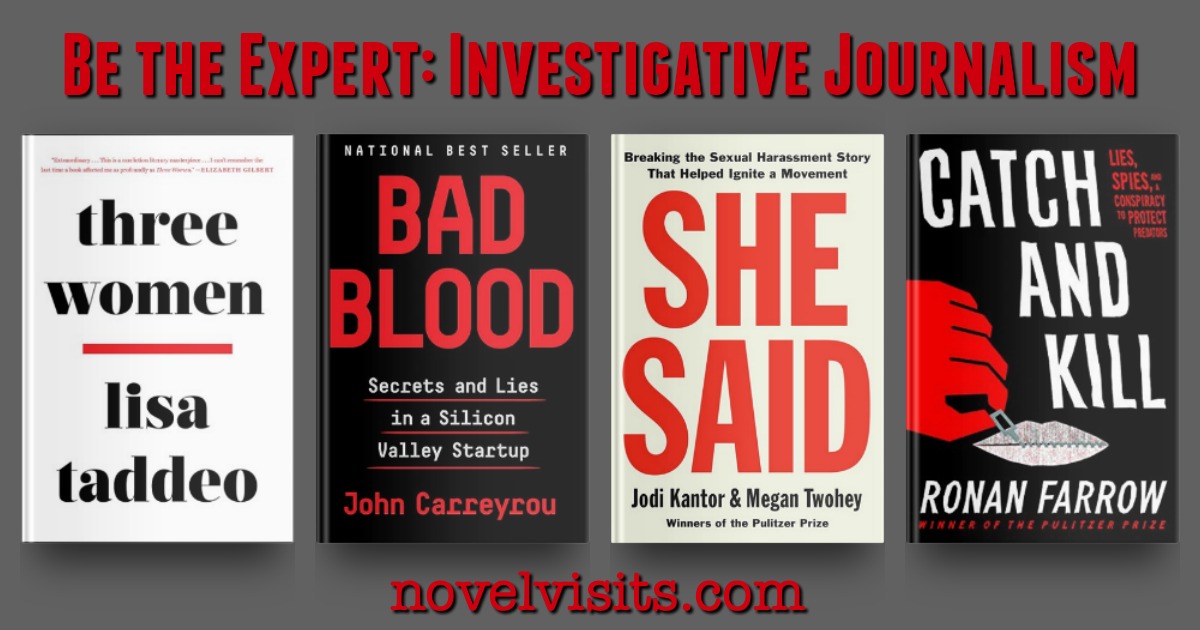 To begin with, don’t let the title fool you. I’m definitely not an expert on investigative journalism, but we’ll get back to that in a minute. First, we need to talk about how beautiful these four simple covers work together. The common red, white and black color schemes were pure coincidence and pure luck, but I love it!

Now, onto this week’s Nonfiction November theme hosted by Katie at Doing Dewey. The challenge was to “share 3 or more books on a single topic that you’ve read and can recommend (be the expert); you can put the call out for good nonfiction on a specific topic that you’ve been dying to read (ask the expert); or you can create your own list of books on a topic that you’d like to read (become the expert).”  Throughout this year, I’ve become fascinated by the sometimes maddening process of investigative journalism and the tenacity of those who take on the challenge.

What investigative journalism book should I read next? 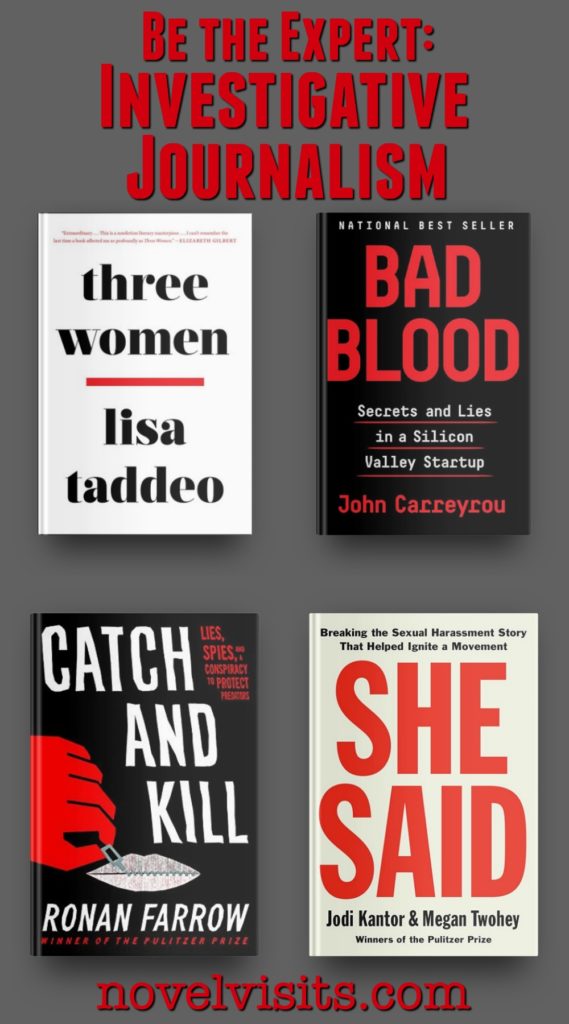