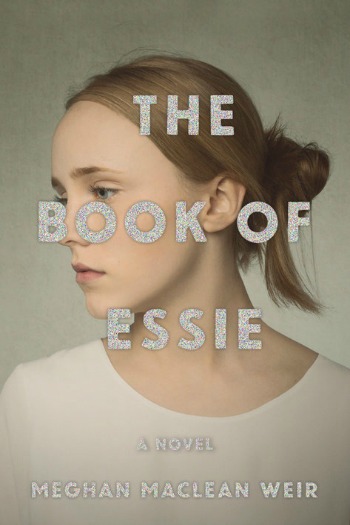 Essie Hicks didn’t ask for the fame and fortune garnered from her family’s hit evangelical reality TV show, so when she finds she’s pregnant, Essie sees a route for escape.

“Esther Ann Hicks–Essie–is the youngest child on Six for Hicks, a reality television phenomenon. She’s grown up in the spotlight, both idolized and despised for her family’s fire-and-brimstone brand of faith. When Essie’s mother, Celia, discovers that Essie is pregnant, she arranges an emergency meeting with the show’s producers: Do they sneak Essie out of the country for an abortion? Do they pass the child off as Celia’s? Or do they try to arrange a marriage–and a ratings-blockbuster wedding?”

Three Perspectives – Though this was ultimately Essie’s story, it was told alternately by her, Roarke Richards, and Liberty Bell. Each brought a little something different to the story. Only Essie knew what life was like inside the Hicks household, how fame had affected her family, how it had bred sickness within. She alone knew all the parts to her plan for escape. Roarke, Essie’s soon to be fiancé, provided an outsider’s view of the Hicks family and Essie’s life in the bigger world. He was the innocent voice, caught up in something he could have never imagined. Liberty, a reporter, gave us the bigger picture. With a background having some parallels to Essie’s, Liberty knew the pain of fame and the shame of intolerance. The three perspectives were beautifully woven together, always keeping the story interesting.

Likeable Main Characters – I can like a book when I don’t like the main character(s), but it’s so great when you do like them. This novel had villains, but Essie, Roarke, and Liberty were not among them. MacLean Weir imbued these three with some qualities you might not like, but far more that you do. Essie was bright, vulnerable, scheming and rebellious; Roarke, intelligent, compassionate, and hurting; and, Liberty, driven, remorseful, and grieving. It’s refreshing to read a book where you actually care about the characters and can truly root for them. Bravo, Meghan Maclean Weir!

Liberty Bell’s Backstory – While the main focus of the Book of Essie is on Essie and the drama unfolding in her life, I found Liberty’s story almost as compelling. We’re told early on that at the tender age of 14 she published a hate-filled fundamentalist manifesto that made her a media darling, beloved by many, hated by more. Approaching 30, Liberty is ashamed of her past and just a bit of a cynic, especially when it comes to religion.

“On our left is The New Light mega-church where Essie’s father tends to his mayonnaise colored flock. It is both gaudy and industrial at the same time, a combination that makes the building particularly unattractive from the outside. Inside must be even worse, since then you would be surrounded by the congregation, a group of people for whom smiling while passing judgment has become a sport. Or, so I assume. I’ve never been to a service there and I hope I never have to attend one. Steering clear of overpowering religious leaders is part of the spiritual cleanse I’ve been undergoing to make up for my first 18 years.”

As Essie’s story unfolds, so does Liberty’s. I was as eager to understand both their lives. It’s nice when a young writer can bring so much life to a secondary character’s story.

Narrators – I listened to The Book of Essie and cannot speak highly enough of its three narrators, Tara Sands, Erin Spencer, and Robbie Daymond. Their voices and paces were distinct, all equally good. The three characters were all fairly young and that came across in the reading without sounding like children. This trio made the Book of Essie a pleasure to listen to.

Okay, I’ll Nitpick – I really liked most everything about this book, so my two flaws are very minor. Some of Roarke’s musings went on a little long and seemed very, very wise for 18. I felt like the character of Lissa, Essie’s sister, should have been a little more fully developed. I was left with too many questions around her.

The Book of Essie is a novel firmly placed in the culture of today where the lives of celebrities, even minor ones, are placed front and center in full display. But, Essie was much more than a TV persona, and that’s what I loved most about this book. It was a pleasure to watch Essie find a way to shed her “character” and reach for a life of her own. I very much look forward to reading more from Meghan MacLean Weir. Grade: A