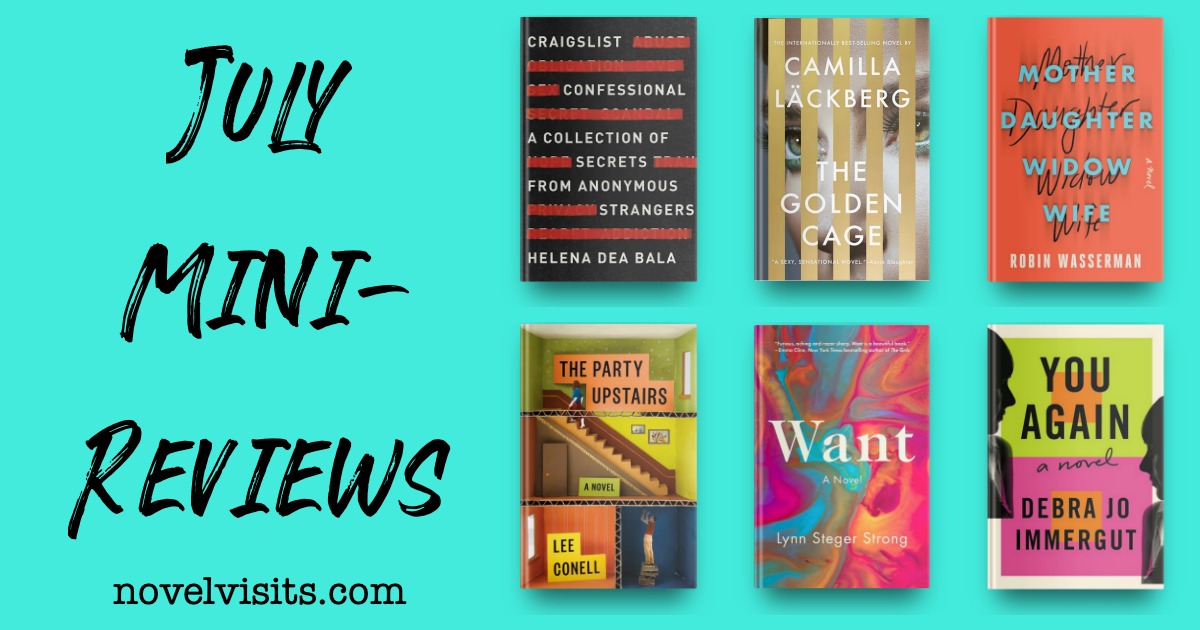 I have no idea why, but July 7, 2020 was  huge publication day this year. Originally, I had a total of eight ARC’s to be released that day, which is crazy. Of those, one got moved to September, another (Bonnie by Christina Schwarz) I just couldn’t finish, and the other six I’m sharing some brief thoughts on today in this month’s edition of mini-reviews. 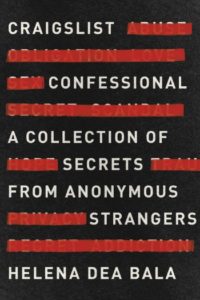 My Thoughts: Helena Dea Bala, an attorney working in Washington D.C. in a job that felt unfulfilling, stumbled onto something when she shared a sandwich with a homeless man: the power of listening. Hearing his story and sharing some of hers, felt powerful in a whole new way. This encounter eventually led Dea Bala to begin collecting the stories of strangers she found through Craigslist ads. She allowed people to be heard without judgement or advice, and (with permission) collected the stories we find in Craigslist Confessional. I enjoyed many of these anonymous strangers’ stories, but fall into the minority that also found them a little repetitive: divorce, addiction, abandonment, lies. Perhaps this really goes to show that there is much we have in common, but for me it mainly felt sad. Grade: B 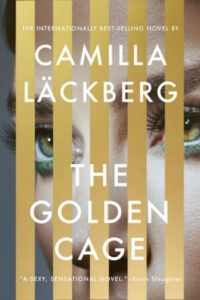 My Thoughts: For me, The Golden Cage was a REALLY fun story with a lot of flaws! So, let’s get the flaws out of the way first. The main character, Faye, was an intelligent woman who gave up a promising career to be a stay at home mom, which is fine, but I didn’t like that it also made her lose her personality and common sense. Once Faye gets her act together and begins to plan revenge on her cheating husband everything (and I mean EVERYTHING) goes perfectly for her, too perfectly. Okay, that’s it! So, yes I did some eye-rolling and had to just roll with some of it, but The Golden Cage was still very entertaining and a true light summer read. Despite my complaints, I enjoyed the book and flew through its pages. Grade: B

Note: I received a copy of this book from Gallery Books (in print and via NetGalley) in exchange for my honest thoughts. 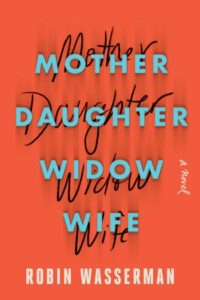 My Thoughts: I loved Robin Wasserman’s adult debut, Girls on Fire (my review), so was incredibly excited to read Mother Daughter Widow Wife. This is the story of a woman who many years ago vanished and in a psychiatric hospital with no memories of who she was. While there, the head doctor and his protege took a keen interest in her case. Almost 20 years later, the same woman vanishes from her life again and her daughter sets out, determined to uncover what happened. For me, Mother Daughter Widow Wife had a great/interesting premise and well-developed characters, but was missing the edge I expected. At times the story got mired down in too much science and clever parallels between fugue states and musical fugues. I’d have liked to have had more emphasis on the daughter and the missing woman, instead of the protege, Elizabeth, who I found to be surprisingly pathetic. I know Wasserman can write vivid strong characters, but for me they just didn’t shine here. Grade: C

Note: I received a copy of this book from Scribner (in print and via NetGalley) in exchange for my honest thoughts. 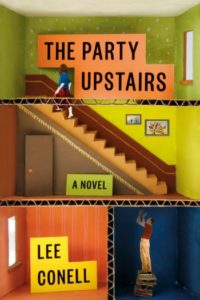 My Thoughts: The Party Upstairs takes place in a single day, and alternates perspectives between Martin, an Upper West Side building super, and his 24-year old daughter, Ruby. Ruby has recently lost her job and her boyfriend and has had to move back into her parent’s basement apartment. Tension is running high between the two as they repeatedly try and fail to really connect. I also liked that Conell explored the differences between classes within the building, especially with Martin who always had to worry about keeping the wealthy tenants. But, other parts of Martin became annoying: his obsessions with meditation and birds and his frequent “advice” from a favorite deceased resident. Ruby, too I both liked and didn’t. I sympathized with her sort of “stuck” position, but she also did some really crazy things! Overall, The Party Upstairs was just okay for me. Grade: C+

Note:I received a copy of this book from Penguin Press (in print and via NetGalley) in exchange for my honest thoughts. 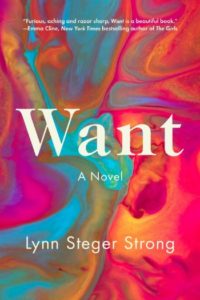 My Thoughts: I have no doubt that if you read a series of reviews on Want you will find a wide variety of opinions, It’s definitely not a book for everyone, but I loved it! Want is exactly what works for me: a character-driven story and a woman a little lost in her own world. In this case Elizabeth, a Phd in Literature, cannot seem to find work that fulfills her. She and her husband are on the brink of bankruptcy and they have two little girls who Elizabeth often feels like she’s failing. Elizabeth tells her own story in which Steger Strong cleverly chose not to name many of the characters. Instead, they were referred to as The Chilean author, the quadrilingual friend, the infertile couple, etc. Even her daughters were never named. I think this all added to the sense of depression, confusion and longing for change that permeated Elizabeth’s life. While the action is small in this story, the emotion is big and you know I always love those angst-ridden women! Grade: A-

Note: I received a copy of this book from Henry Holt and Co. (via NetGalley) in exchange for my honest thoughts. 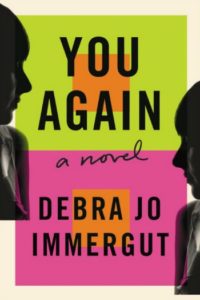 My Thoughts: You Again features 46-year old Abby, a used-to-be artist, turned family breadwinner,  who has begun seeing her 22-year old self around NYC. At first she’s stunned, shaken, but slowly she wants to know this girl, to warn her younger self about what’s to come. Part of the allure of Abby’s story is the slow unveiling of how she became the woman she is and why she’s compelled to warn her other self. But. that’s not the only mystery, interspersed with Abby’s story are email communications between a doctor, a physicist and a detective, all focused on “what happened to Abby.” Those parts of You Again felt a little separate from the rest of Immergut’s story, but they did come together in the end. Other parts of this book also seemed like a bit of a stretch, but overall I enjoyed Abby’s story very much, finishing it in only two day! Grade: B

Note: I received a copy of this book from Ecco (via NetGalley) in exchange for my honest thoughts. 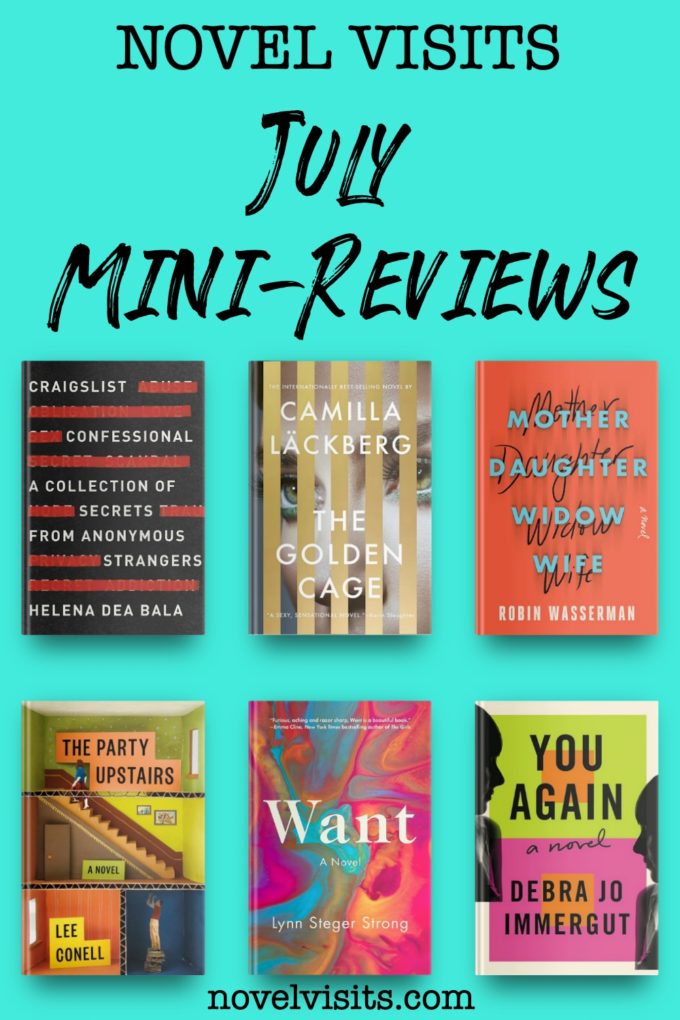