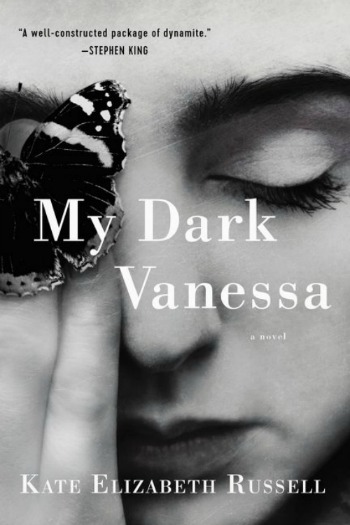 Vanessa’s relationship with her high school English teacher has haunted her entire life, but never more so than when another woman comes forward with similar claims.

2017. Amid the rising wave of allegations against powerful men, a reckoning is coming due. Strane has been accused of sexual abuse by a former student, who reaches out to Vanessa, and now Vanessa suddenly finds herself facing an impossible choice: remain silent, firm in the belief that her teenage self willingly engaged in this relationship, or redefine herself and the events of her past…”

Since finishing My Dark Vanessa the story has haunted me. At 15, Vanessa willingly entered into a sexual and emotional relationship with her 42-year old English teacher. But, as we all know, at 15 there’s no possibility of willingness when it comes to that kind of “relationship.” Vanessa was abused by a master of manipulation, who even years later she struggled to place blame on. To the reader it’s clear Vanessa was a victim of this man, preyed upon, left isolated and alone, but she can never allow herself to fully acknowledge that.

I leave the room, too, but I’m not part of them. They’re the same, but I’m changed. I’m unhuman now. Untethered. While they walk across campus, earthbound and ordinary, I soar, trailing a maple-red comet tail. I’m no longer myself; I am no one. I’m a red balloon caught in the boughs of a tree. I’m nothing at all.”

Kate Elizabeth Russell explored the parameters of abuse in ways that made me uncomfortable, but also opened my eyes. Vanessa was a complicated woman, a victim who said yes, who both loved and hated her abuser, who never could find a normal in life. She was haunted by her abuser and that wasn’t always easy to read. At times I felt frustrated with Vanessa, wanting her to get help, to shout “no”, to step forward, but Russell, bravely, did not make Vanessa a poster child for the #MeToo movement. She let her represent the many, many women who don’t want everything that comes along with outing their abusers. It’s not a typical choice in this type of story, making me really stop and think about the many faces of victims of abuse.

“I want to tell him that I’m tired, to roll over and never look at the thing ever again, but that would be selfish. He said me naked is the most beautiful thing he’s ever seen. It would be cruel for me to counter that with disgust. It doesn’t matter that my skin crawls from touching him. It doesn’t matter. It’s fine.”

Note: I received a copy of this book from William Morrow (via Edelweiss) in exchange for my honest review.