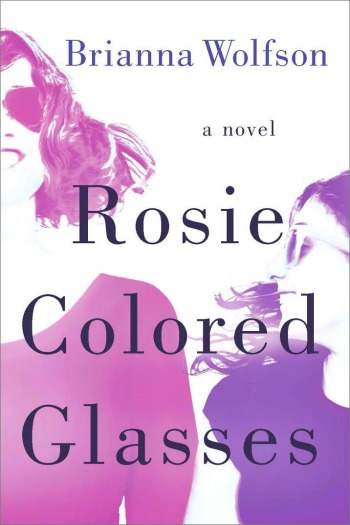 After her parents divorce, Willow finds herself living in two different worlds: her mother’s manic, but full of fun, laughter and love, and her father’s rigid, run by rules and lacking both humor and affection.

“Just as opposites attract, they can also cause friction, and no one feels that friction more than Rex and Rosie’s daughter, Willow. Rex is serious and unsentimental and tapes checklists of chores on Willow’s bedroom door. Rosie is sparkling and enchanting and meets Willow in their treehouse in the middle of the night to feast on candy.”

Love that Couldn’t Last – I really liked the relationship between Rosie and Rex. It would be difficult to find two people more different from one another. Rosie was romantic, dazzling, ditsy, quick to smile, but she also had trouble keeping a job and maintaining focus. Rex was steady, efficient, strong, but he was impatient and struggled with affection. Both Rosie and Rex knew they were too different for their love to last. Yet, they couldn’t stop themselves from moving forward with the love they shared. Wolfson did a really nice job juxtaposing their personalities and their feelings about the other.

“By Rosie’s definition of love, she loved Rex very much. And while she desperately hoped she could stay still enough to find a great, enduring love with this man, she knew in her bones that it could never be.”

A Magical Mother – As a mother myself, Rosie drove me crazy, but for Willow and her little brother Asher, their mother was magical. The days they spent with her were easy and fun – pizza, dance parties, movies late into the night, painting on the walls. Nothing was off limits with Rosie. She engulfed them in her love, and they flourished in it. Willow especially craved the warmth radiating from Rosie, so when it began to fail, Willow was lost.

A Rigid Father – In the good years of his marriage to Rosie, Rex found himself a freer spirit, taking on some of Rosie’s lightheartedness, but when his marriage ended, so did that. He struggled finding a balance between responsibility and affection, and no one suffered more than Willow. Initially it was easy to dislike Rex, who rarely tucked his kids in or kissed them goodnight, but you had to forgive Rex because he really did want the best for his kids. Being the responsible parent in the shadow of Rosie’s glow proved to be a challenge that Rex was ill prepared for. Undaunted, he kept at it, never letting Willow’s anger deter him.

A 10-Year Old’s Perspective – Rosie Colored Glasses, while fiction, is based on Brianna Wolfson’s own life. I’m sure her intent was to tell the story as she remembered it from the years of her childhood, but that also left a lot of questions. For example, Willow was terribly picked on at school, but no adults seemed aware of that. Why didn’t her parents try to help? Where was the school counselor/psychologist? A child might not know the answers to questions such as this, but the adult writer would. I found that there were quite a few places where I had to suspend disbelief in this book.

Overall, I liked Rosie Colored Glasses quite a lot. It was a fast read with writing that was almost effervescent, even when tackling tough subjects. While the characters were sometimes a bit clichéd, in this book that worked very well. I especially liked Rex and his evolution as a father. The fact that the story came from Wolfson’s own experiences made it even more interesting to me. I’d love to know where the line between fact and fiction actually fell. Wherever that line may be, her book is definitely a tribute to two parents whom she deeply loves. Grade: B

Rabbit Cake by Annie Hartnett – Another light-hearted novel written from the perspective of a young girl, in this she’s trying to adjust to her mother’s death. (my review)

One of the Boys by Daniel Magariel – A much darker story of two boys living with their drug addict father after their parent’s divorce. (my review)