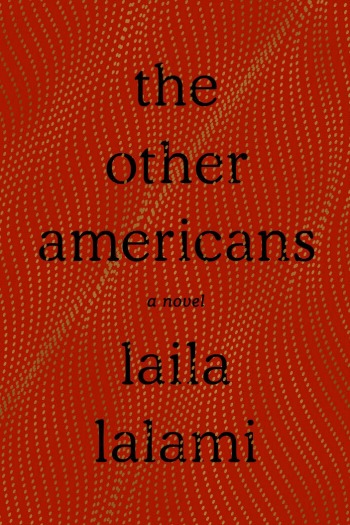 The quiet differences that divide a sleepy desert town slowly come to light in this remarkable story of a daughter’s love for her father.

”Late one spring night, Driss Guerraoui, a Moroccan immigrant in California, is walking across a darkened intersection when he is killed by a speeding car. The repercussions of his death bring together a diverse cast of characters….When the mystery of what happened to Driss Guerraoui unfolds, a family’s secrets are exposed, a town’s hypocrisies are faced, and love, in its messy and unpredictable forms, is born.

Many, Many Perspectives – At the heart of The Other Americans is the question of who killed Driss Guerraoui and why did he or she flee the scene of the accident. Driss and his wife immigrated to the Southern California desert from Morocco many years earlier during a time of political unrest in their homeland. They’d built a good life, owned a restaurant, and had put one daughter through dental school while the other was a struggling young musician. Their life by all accounts was a success story, but with Driss now dead, questions needed to be asked and answered.

Nora, his younger daughter, leads the charge for answers. She had a special relationship with her father, and the story moves with Nora through her process of grieving, but Nora only owns a piece of The Other Americans. Chapters in the story unfold through a diverse cast of characters including the female detective investigating the case, an old high school friend of Nora’s and the fellow vet he went to war with, an illegal immigrant who might have seen something, the elderly man who owns a bowling alley, Nora’s mother and her sister, Salma, and her recently departed father. Through these many characters we find clues to what happened to Driss, but also so much more and that was the beauty of The Other Americans. I loved getting to know all these people, what they feared, whom they loved and the lengths they would go to for them.

Characters Rich in Substance – With such a large cast of characters, it might be easy for some to get lost or for the reader to not really know them, but that never happened. For example, through most of the story we get to know Salma through Nora’s eyes. With a fairly large age gap between the two, they were never really close and that hadn’t changed as adults. I didn’t particularly care for Salma based her actions from Nora’s perspective, but when Salma finally had a chapter, I learned there was so much more to her and felt nothing but sympathy. Laila Lalami did that over and over again with her diverse group characters.

A Quiet Examination of Social Issues – As the mystery of Driss’s death unfolds, other issues touching the desert community come to light: a vet has trouble dealing with rage left from the war, an immigrant struggles with doing what’s right when it might not be right for his family, a mother longs for her son to fit in, a father regrets the mistakes of his past, affairs, racism. The Other Americans touches on all of these, but never muddles them nor gives them more space than works for her story.

Beautiful Writing – Beyond her wonderful story, Lalami’s book was a pleasure to read for her gorgeously thoughtful writing:

“Growing up in this town, I had long ago learned that the savagery of a man named Mohammed was rarely questioned, but his humanity always had to be proven.”

“Perhaps memory is not merely the preservation of a moment in the mind, but the process of repeatedly returning to it, carefully breaking it up in parts and assembling them again until we can make sense of what we remember.”

This is one of those books where everything worked for me.

Loved it! The Other Americans was simply a quiet story, beautifully told. I felt touched to follow Nora along in her passage through grief, but even moreso to watch all the characters make their ways through life and that incredibly complex journey toward living with honor and doing what’s right. Grade: A