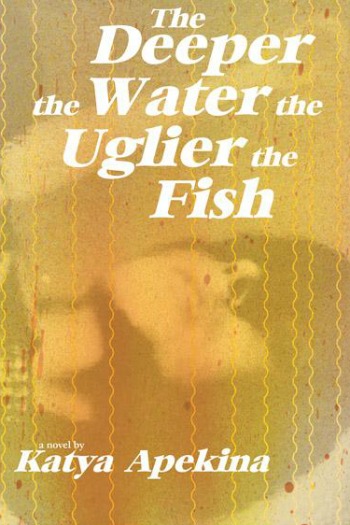 A dynamic, fast paced story of two sisters trapped between equally flawed parents, both ill-equipped to put their daughters’ needs above their own.

“It’s 16-year-old Edie who finds their mother Marianne dangling in the living room from an old jump rope, puddle of urine on the floor, barely alive. Upstairs, 14-year-old Mae had fallen into one of her trances, often a result of feeling too closely attuned to her mother’s dark moods. After Marianne is unwillingly admitted to a mental hospital, Edie and Mae are forced to move from their childhood home in Louisiana to New York to live with their estranged father, Dennis, a former civil rights activist and literary figure on the other side of success.”

Sixteen-year old Edie adores her mother, Marianne, despite spending much of her life waiting for her mother to return from deep, deep depressions. Her earliest memories include clinging to her mother’s legs. She envies the special bond Marianne shares only with her sister, Mae. The tighter Edie holds on, the harder Marianne pushes her away. Harsh words, destructive actions, neglect: Edie forgives them all. All she wants is her mother’s love.

Mae, long the light in her mother’s dark life, sees the flaws that Edie ignores. She couldn’t be happier to find herself finally living under her father’s roof. Her mother’s suicide attempt delivers to Mae the father she’s never know, but always longed for. Like a bee drawn to honey, Mae craves any and all attention Dennis can give her. She becomes obsessed, panicking each time Dennis is out of her sight.

“When Dad wasn’t looking at me or thinking about me I felt as though I wasn’t there all the way.”

Seriously Damaged Parents – As I’ve alluded to neither Dennis nor Marianne was ever going to make parent of the year, but their own story also captivated me. Dennis married Marianne when he was 32, but she only 17. He was a struggling writer, she his muse. A muse he’d cultivated for a very, very long time. With her, his career finally took off. I’ll leave the details of their relationship for the reader, just suffice it to say, it ended badly, though not completely. Marianne couldn’t stay the muse Dennis needed and in time Dennis couldn’t write without her. He was her downfall, she his obsession. In time, her pain visited her daughters, and his obsession shifted toward them, as well.

A Parade of Narrators – The entire story of The Deeper the Water the Uglier the Fish is told in first person, primarily by Edie and Mae since after all this is their story. Yet, as with anyone’s story theirs began long before they were born and continued on in dark corners they weren’t always aware of. To shine a light on the parts of their stories that might otherwise remain dark Katya Apekina wisely chose to use other narrators. I initially worried that so many voices might muddle the story. Instead I found myself eager to hear contributions from Marianne and Dennis, friends and relatives, doctors and even strangers. It truly took a village to understand these two flawed young women.

That Ending – In a remarkable story that included some shocking turns, the ending was PERFECTION! I never saw it coming.

Trigger Warnings – Some may find the mental illnesses that affect the characters in this book disturbing. Also, the story had some dark, even psychosexual undertones that might make others uncomfortable. (To be clear, these were NOT flaws, but integral parts of the story. I actually found nothing that didn’t work for me in this book.)

Sometimes you run across a book’s description and just know you’re going to completely connect with the story. That’s exactly how I felt when I first read about The Deeper the Water the Uglier the Fish. Securing an ARC involved a bit more effort than usual, but I’m so glad I took the time to do so. Coming-of-age stories are often among my favorites, but The Deeper the Water the Uglier the Fish is that and so much more. Katya Apekina delivered debut writing at its best: fresh, gritty, compelling and thoroughly original. I already look forward to her sophomore effort. Grade: A

Note: I received a copy of this book from Two Dollar Radio in exchange for my honest review. Thank you!