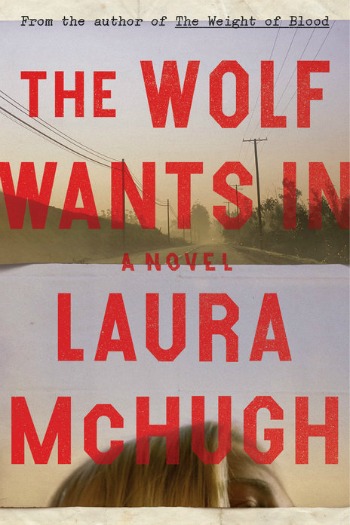 In Blackwater, Kansas, a town rocked by the opioid crisis, nothing is quite what it seems, not a man’s sudden death, not a young woman’s need to escape.

“Sadie Keller is determined to find out how her brother died, even if no one else thinks it’s worth investigating. Untimely deaths are all too common in rural Blackwater, Kansas, where crime and overdoses are on the rise, and the small-town police force is consumed with the recent discovery of a child’s skull in the woods. Sadie is on her own, delving into the dark corners of a life her brother kept hidden and unearthing more questions than answers…”

The Wolf Wants In is a gritty story of a town touched by tragedy at every turn. Drugs and the crimes that come with them have devastated many, but that’s only the start of problems for Blackwater, Kansas. Adding to its grief are a child that’s vanished, leaving her single-mother with only a fragile thread of hope to hang onto. A man has died way too young and his sisters struggle to accept that “natural causes” could be the answer. And a young woman fresh out of high school longs to escape, even as she’s left alone while her mother once again relapses into the dark underworld of opioids.

“The fallout from the drug epidemic had introduced new problems and compounded existing ones. Older people who would normally turn to their families for help now had children or grandchildren stealing their money and pills, and when those kids overdosed or went to rehab or prison, they left behind babies the grandparents were ill-equipped to raise.”

Chapters in The Wolf Wants In alternated between Sadie, on the hunt to find answers for how her healthy 36-year old brother could have suddenly died, and Henley, niece of the county’s biggest drug dealers and daughter to one of its biggest addicts. The two families might seem to have little in common, yet both shared a deep love of their own and a tenuous connection in the marriage of Sadie’s brother, Shane, to Henley’s cousin, Crystle. This back and forth both created the mysteries surrounding Blackwater and helped to resolve them. Henley’s timeline started four months prior to Sadie’s and as the two moved closer and closer together the picture grew clear.

Overall, I really enjoyed The Wolf Wants In, but did feel like it had a couple of flaws. The first was in a side character, Jason, who was just a little too off for me to believe. The second came in the story’s resolution which I found too wobbly and in need of a little more nuance to bring this reader fully onboard. Still, I loved the first 80% of McHugh’s story and the sense of bleakness she created among the people of Blackwater. It was a place I’d never want to live, but one I also couldn’t look away from. For those reasons I look forward to reading more from McHugh. Grade: B

Note: I received a copy of this book from Spiegel & Grau (via NetGalley) in exchange for my honest review.