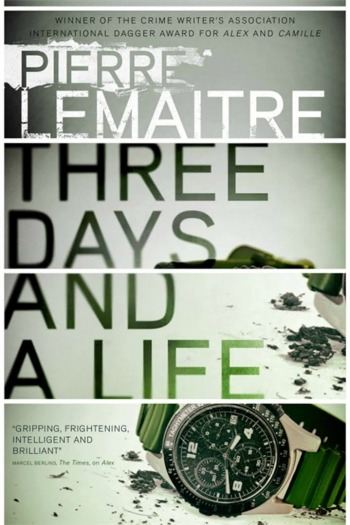 How high a price would you pay to get away with murder?

“In 1999, in the small provincial town of Beauval, France, twelve-year-old Antoine Courtin accidentally kills a young neighbor boy in the woods near his home. Panicked, he conceals the body and to his relief–and ongoing shame–he is never suspected of any connection to the child’s disappearance.”

An Unlikely Killer – Twelve-year-old Antoine proved to be a most unusual killer. He acted on impulse, striking out in grief and anger never intending to kill his young neighbor, but he did. From the moment it happens, Antoine was racked with grief, remorse and above all fear. He did not want to leave his single mother alone or go to jail. So, Antoine covered up his crime and lived with his guilt.

“He is overcome by the sheer scale of the tragedy. In a few fleeting seconds, his whole life has changed course. He is a murderer.

These two thoughts seem irreconcilable, it seems impossible to be twelve years old and a murderer…..

The wave of grief crashing over him is terrifying.”

Antoine had to go on to watch the parents of his victim fall apart as days passed and their son wasn’t found. Antoine was sick with fear and regret, very nearly turning himself in, but he didn’t.

Catastrophes – In three short days the small town of Beauval was hit with three major catastrophes, the first being the disappearance of young Remi. With the town on high alert and searches ongoing, two other catastrophes strike in rapid succession leaving the town with much more to focus on than a missing boy. At a glance this trio of events may seem unlikely, but Lemaitre, built them in such a way that it was entirely believable. The last two save Antoine or did they?

Dual Timeline – I loved when the story moved from Antoine in 1999 to Antoine in 2011. Still holding onto his guilt, Antoine had escaped Beauval and was just finishing medical school. Engaged to be married, Antoine was on the brink of having it all. A short visit home, and another poor choice changed all that. From there the story moved to 2015, where the reader meets Antoine one last time. I guessed the ending in part, but still found the final twist very satisfying.

The Killing Itself – To me the actual killing of Remi and the hiding of his body seemed so unlikely, but it was something I was quickly able to overlook.

Three Days and a Life was a fun, fast suspense novel that I very much enjoyed. I would definitely read more books by Pierre Lemaitre who is known for getting into the minds of killers. That’s exactly what he did with young Antoine, leaving the reader with a killer you couldn’t help but care about. Grade: B