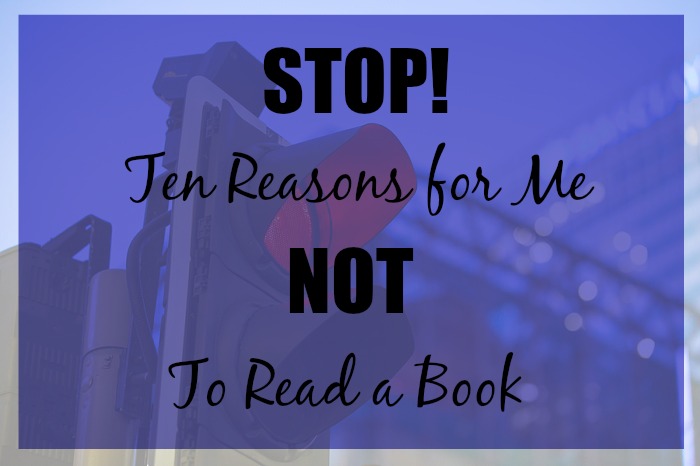 Last week on Top Ten Tuesday, the women at The Broke and the Bookish had us looking at everything that most appeals to us in books. It was fun looking at my Book Temptations Too Great to Resist. This week, the theme is reversed. It was actually easier for me to come up with what I don’t like in books than it was to pinpoint what I most like. Included in my list are some qualities you might expect, a couple that will be surprises, and at least one that is just plain weird! Of course, as with everything, there are exceptions. I’ll be taking a look at those, as well.

What reasons stop you from reading a book?