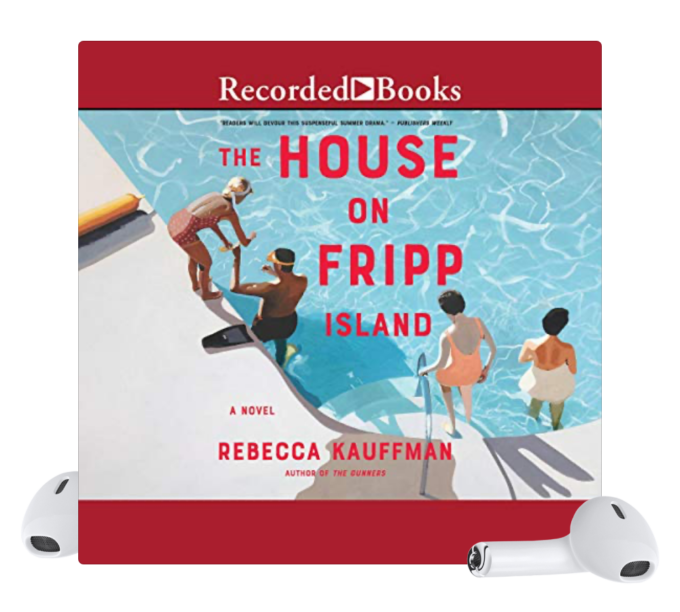 Lisa and Poppy grew up best friends, but when they bring their families together for a vacation on Fripp Island, the differences between their two families simmer in tension, suspicion, and mystery.

“Fripp Island, South Carolina is the perfect destination for the wealthy Daly family: Lisa, Scott, and their two girls. For Lisa’s childhood friend, Poppy Ford, the resort island is a world away from the one she and Lisa grew up in – and when Lisa invites Poppy’s family to join them, how can a working-class woman turn down an all-expenses paid vacation for her husband and children?…”

Lisa Daly and Poppy Ford grew up best friends in West Virginia, but after high school their paths diverged, as Lisa married a young attorney and move away, while Poppy married a local man and stayed in West Virginia. Over the years they kept in touch, sometimes more than others. they had children, spoke on the phone, saw each other occasionally, and remained close in their own way. When Lisa and her husband John win an all-expense paid vacation on Fripp Island, Lisa sees it as the perfect opportunity to spend time with Poppy, whose family could never afford such a trip. As the families make their way to Fripp Island, it’s clear that none of the adults are without apprehension about the time they’ll be spending together.

From its prologue Rebecca Kauffman sets up The House on Fripp Island with a drowning that drives her story. We hear from someone on that vacation who never made it back home from that trip. That opening narrator was never out of mind as I came to know the other characters more fully. None were without secrets. Some held secrets they were willing to talk about with select people, but others held tight to secrets they wanted no one else to know. Tensions bubbled up and subsided, again and again, leading the reader closer and closer to discovering not only who drowned, but when, how, and more importantly, why. Kauffman does all this in the midst of very normal interactions between a group of eight people all living in the same house for a few days. A couple at odds with each other, feeling even more distant as their friends are clearly still in love. Sisters fighting, but never quite sure about what. The golden boy hiding part of himself from the parents who trust him. A mother’s misplaced fears for her daughters.

It all comes together beautifully in The House on Fripp Island making it another Rebecca Kauffman book I highly recommend. Add it to your summer reading list, whether in print or on audio. Grade: A-

Narration: Susan Bennett’s narration was fabulous in this book. She added just the right sort of southern inflection to Poppy’s speaking voice and kept John and Scott easy to discern. Bennett also did a great job with the 3 girls in the story, especially Kimmy, adding a sense of innocence that so fit her character. She was nothing short of a pleasure to listen to.

Note: I received a copy of this audiobook from the Recorded Books (via Libro.fm) in exchange for my honest review.