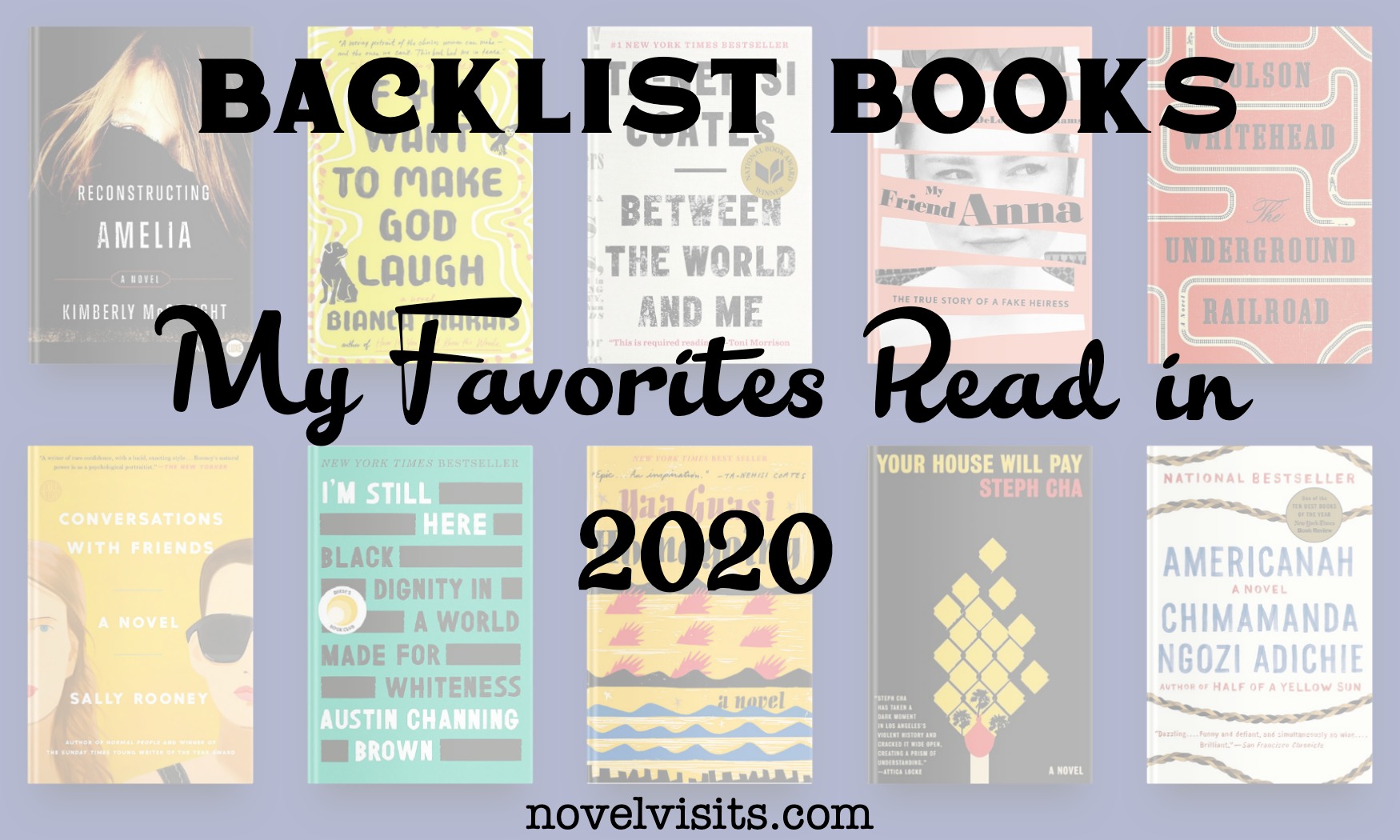 Backlist books have a big advantage when it comes to how much I end up liking them. Their ratings from me are almost always high for a few of reasons. First, I feel no pressure to stay with a backlist book if it doesn’t grab me because I have no obligation attached to it, so mainly finish books that are working for me. Second, I’m most often picking up a backlist book because I’ve hear great things about it from others. And finally, I turn to some backlist books because I’ve read other books from that author, and feel confident her/his other books will be equally as good. I don’t generally read a lot of backlist books, but this year was a little higher than normal with 15 titles. Interestingly, I listened to 9 out of ten of these books. That was a BIG surprise, even to me. No matter the format, these or my ten favorites! (In order of original publication date.) 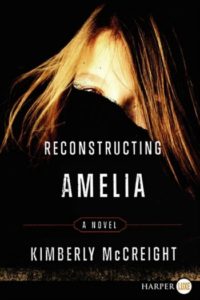 Reconstructing Amelia by Kimberly McCreight (4/2/13) – Last spring, I had A Good Marriage coming up in my TBR stack, but I had never read McCreight’s earlier book, so picked it up on audio. She writes just the sort of smart mysteries I like. The story of a mother’s quest to find out how her daughter really died, I thought I had it all figured out, but I was wrong. The plot went much deeper and completely drew me in. This was one of the few mystery/thrillers that really worked for me this year. 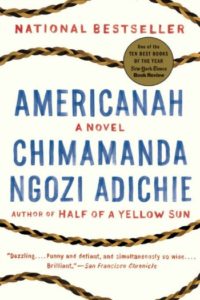 Americanah by Chimamanda Ngozi Adichie (5/14/13) – I was REALLY late to the party on this one, but am so glad I finally got to it. Americanah told the sweeping life stories of Ifemelu and Obinze who met and fell in love as teenagers in Nigeria, but then went on to live very different lives, in very different places, and under very different circumstances. Adichie’s writing was amazing, always capturing true emotions and laying them bare. More than once, she brought tears to my eyes. (my review) 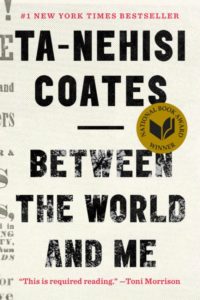 Between the World and Me by Ta-Nehisi Coates (7/14/15) – Wanting to know more about the real Black experience of living in America, I decided to listen to Between the World and Me, a book the author wrote as a message to his adolescent son reflecting on his own and others’ experiences living in a Black body. His writing was deeply moving, and a wonderful balance of personal and historical accounts of the dangers faced by people of color that Whites never have to even consider. (my thoughts) 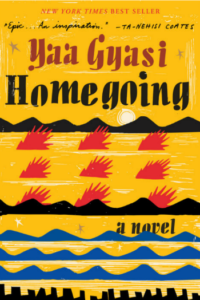 Homegoing by Yaa Gyasi (6/7/16) – After reading Transcendent Kingdom and hearing for years how great Homegoing was, I FINALLY decided to give it a try and am I glad I did. This was my favorite of all the backlist books I read in 2020. It started out a little slow for me, but by the third chapter I was all in and eager to hear each new chapter about the descendants of two half-sisters in Ghana, one captured and sold into slavery, the other, married off to an English soldier involved in the slave trade. (my review) 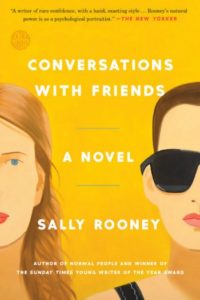 Conversations With Friends by Sally Rooney (7/11/17) – I loved Rooney’s sophomore novel, Normal People, so that led me back to her debut. The start was a little slow, but then the story of 21-year old college student Frances and her friend, Bobbi just took off! Both of Rooney’s books had the same sort of vibe: confused young woman, full of angst, longs for love, makes some bad decisions, etc. In listening to this book I realized that I’m drawn to exactly this sort of character. It was a real win for me! (my review) 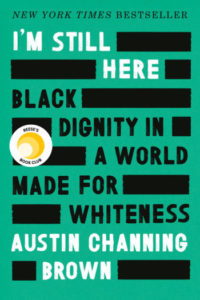 I’m Still Here by Austin Channing Brown (5/15/18) – In her short, powerful memoir Channing Brown did not hold back in sharing her experiences growing up in a mostly White community, and then slowly coming to fully understand and embrace Blackness and all that comes with it, the great and the awful. I felt like she taught me a lot about ways my own thinking is skewed by the world I live in. And, I was especially touched by both a college trip she took to the south and a letter she wrote to her unborn son. (my thoughts) 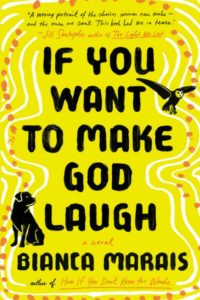 If You Want to Make God Laugh by Bianca Marais (7/16/19) – My first backlist of the year, I turned to it after seeing it on SO many people’s Best Books of 2019 lists.  I’d been a little reluctant because while I liked the author’s first book, Hum If You Don’t Know the Words, I didn’t love it. That was not the case with here. From start to finish, I was completely immersed in this story of three very different South African women whose worlds collide after the birth of a child and the mystery that surrounds him. (my review) 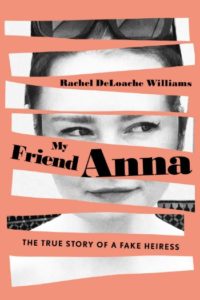 My Friend Anna by Rachel DeLoache Williams (7/23/19) – I listened to My Friend Anna, the author’s almost unbelievable memoir of how a friend turned out to be a grifter who left her tens of thousands of dollars in debt on one of my many road trips last summer. I was completely drawn into how Williams laid out her growing friendship with Anna, and also the clues that were much easier to see in retrospect. It was a fascinating book to listen to, even if at times I wondered, “How could she not see?” (my review) 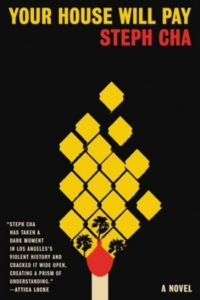 Your House Will Pay by Steph Cha (10/15/19) – I don’t know how I missed this book last year, but somehow I did. Set in Los Angeles, this book tells the story of two shootings, one in 1991 (taking place just weeks after the Rodney King police beating), and the other in 2019. The shootings bind together two families, one Korean the other Black. The years between bring many things: births, deaths, prosperity, prison terms, love, fear, shame, hate, forgiveness.⁣ Their connections around the second shooting powerfully brought it all together. (my review)

What was your favorite backlist book of 2020? 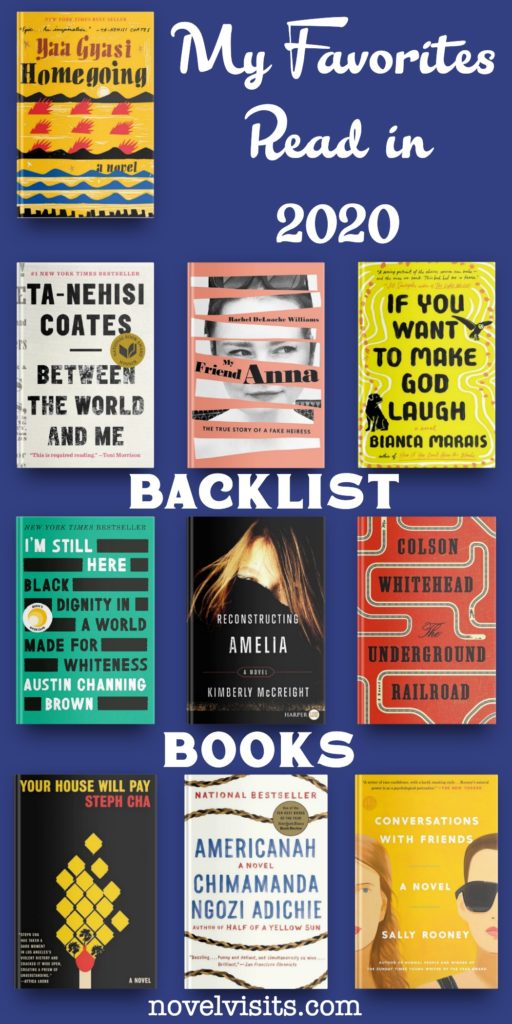